Starting Cyber Monday, and for one week only, we're offering 50% off on digital "cyber manga"—manga that features some of our favorite all-star cybernetic heroes, including Inuyashiki, The Ghost in the Shell, Battle Angel Alita, and the latest big fantasy hit, That Time I Got Reincarnated as a Slime—at all our digital retail partners: BookWalker, comiXology, Google Play, iBooks, Kindle, Kobo, and nook. Sale runs through December 4.

— Cyber Monday & Beyond Sale —
all volumes up to 50% off through December 4
Inuyashiki
Battle Angel Alita
The Ghost in the Shell
Ghost in the Shell; Stand Alone Complex
BLAME!
BLAME and So On
Bloody Monday
Cage of Eden
Clockwork Planet
Deathtopia
Devil Survivor
Knights of Sidonia
Mardock Scramble
NOiSE
Real Account
Space Brothers
That Time I Got Reincarnated as a Slime 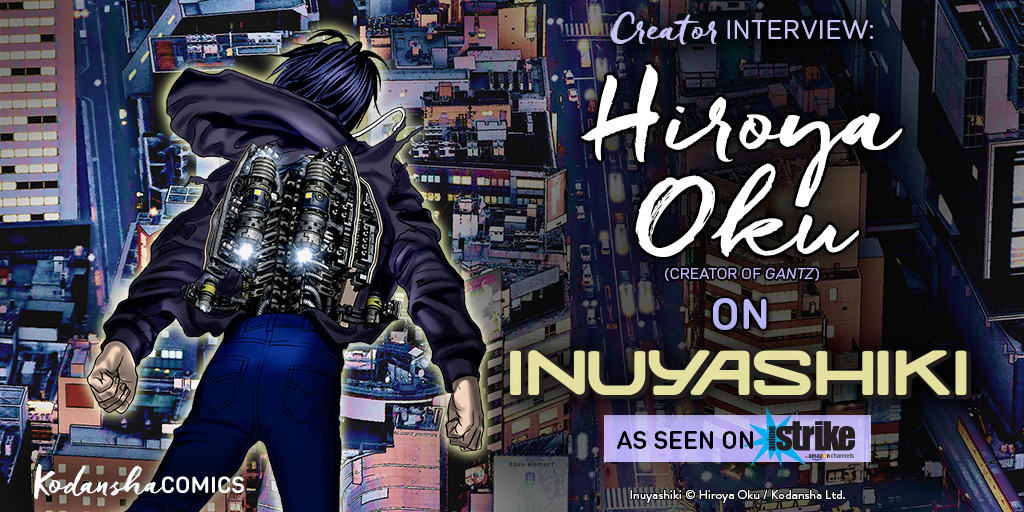 Wondering what cyber manga to get into? One series that you have to check out is Inuyashiki! The protagonist Ichiro Inuyashiki looks like a washed up old man, and he does start out as one … until we find out he he gets both a cyborg body and the heart of the true hero.

One of the hottest anime this season, Inuyashiki: Last Hero is now available as simulcast on Amazon Anime Strike. The original manga by Hiroya Oku (creator of GANTZ) reads like a major motion picture … Find out why in this brand-new interview with the creator and the editors of Inuyashiki, who go into the making of manga, anime, and forthcoming live-action movie!