In a future version of Earth, there is a city grown so chaotically massive that its inhabitants no longer recall what “land” is. Within this megastructure the silent, stoic Kyrii is on a mission to find the Net Terminal Gene—a genetic mutation that once allowed humans to access the cybernetic NetSphere. Armed with a powerful Graviton Beam Emitter, Kyrii fends off waves of attacks from fellow humans, cyborgs and silicon-based lifeforms. Along the way, he encounters a highly-skilled scientist whose body has deteriorated from a lengthy imprisonment who promises to help Kyrii find the Net Terminal Gene, once she settles a score for herself …

“The amazing thing about BLAME! is that it’s such a good read even though it has almost no story or characters. It’s all about the art and the experience of being there, of not knowing what will happen next, of the contrast between landscapes of endless sameness and bloody eruptions of chaos and gore.” —Jason Thompson, Manga Encyclopedia

“Whether it be the great pacing and layouts to the frenetic action that occupies the panels in these scenes, every one of them always packs a punch. These are all emphasized by some great designs across the board.” – The Turnaround Blog 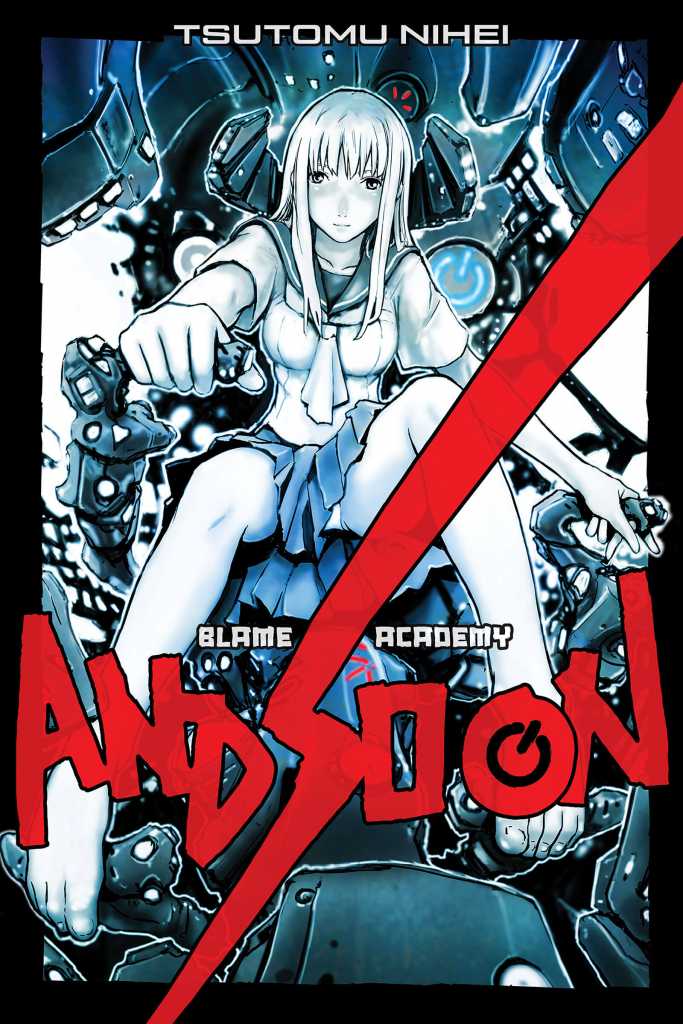 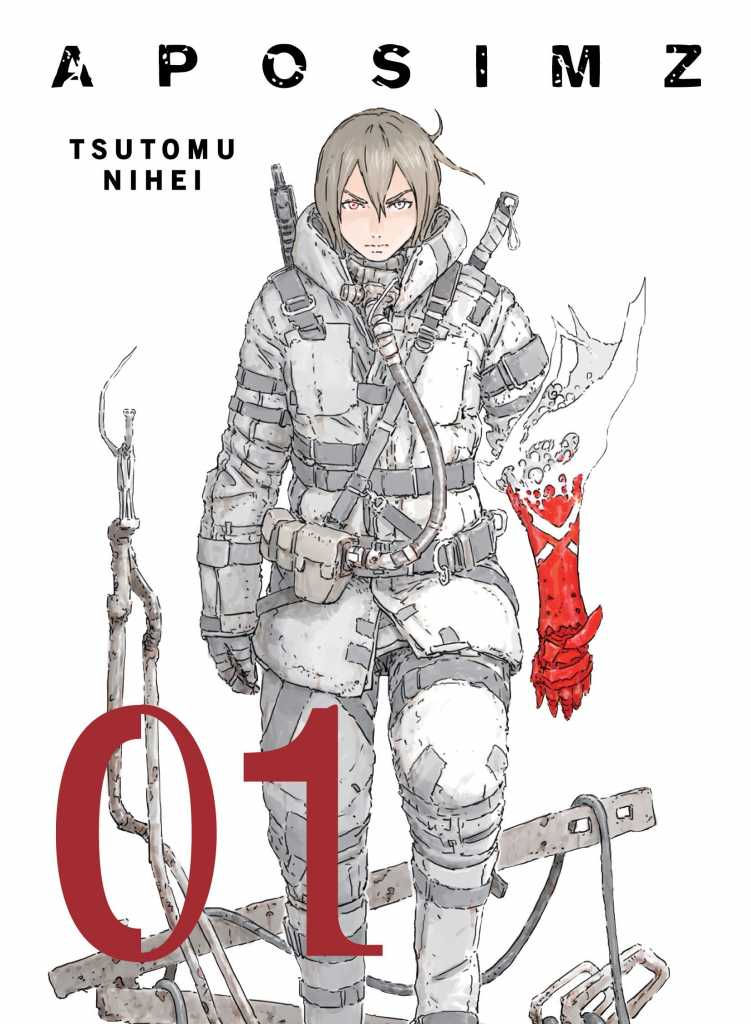 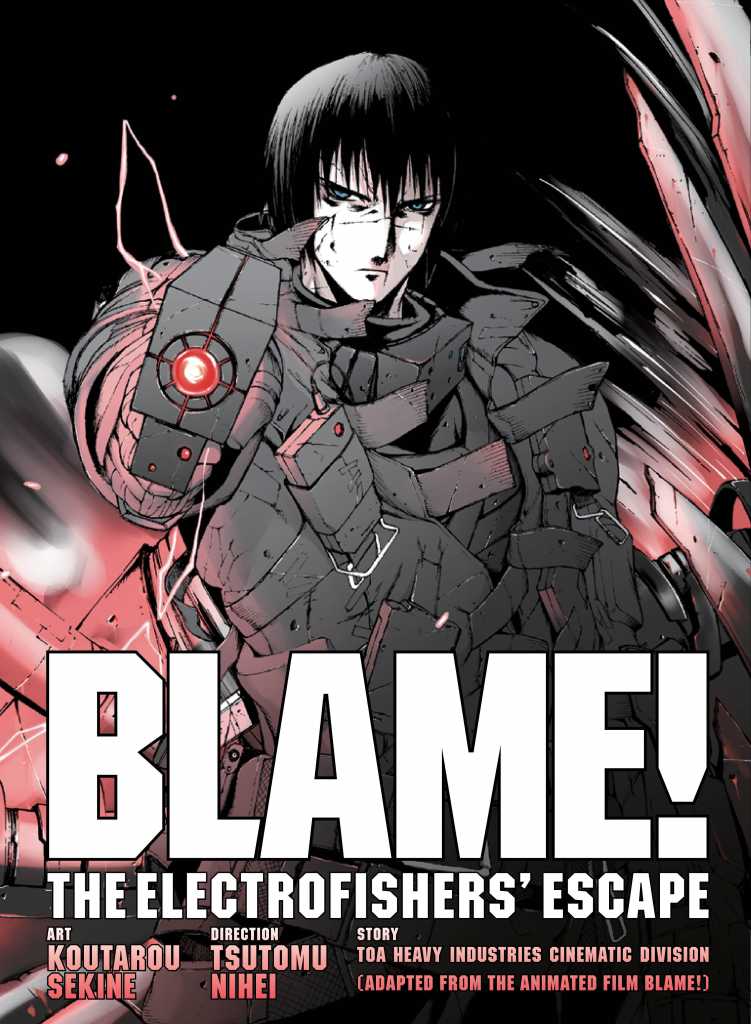 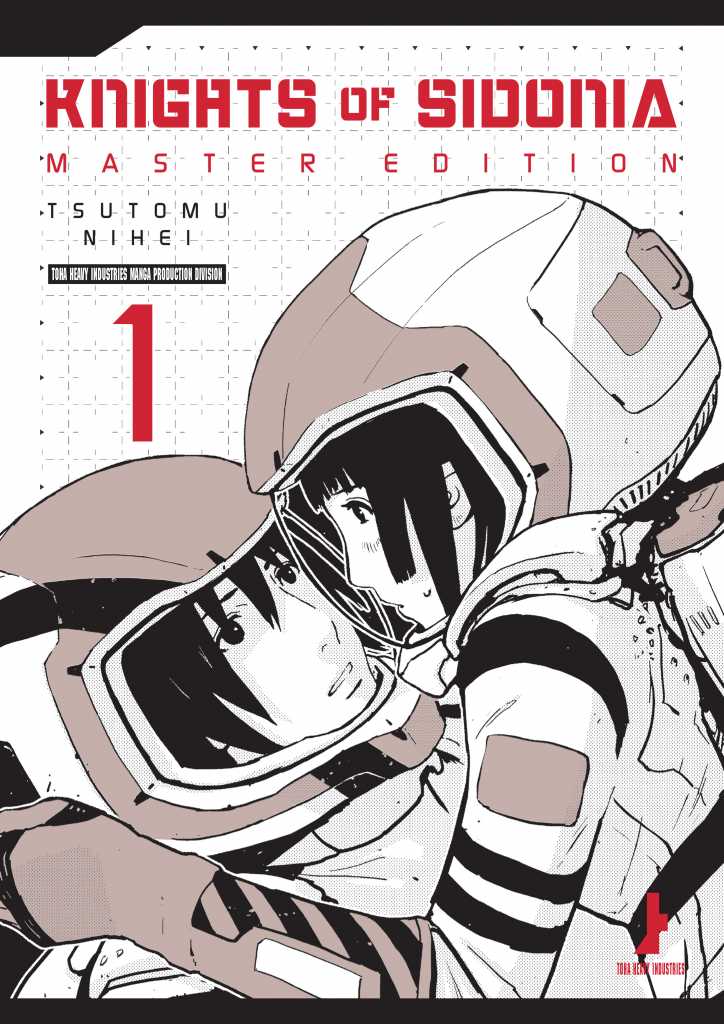 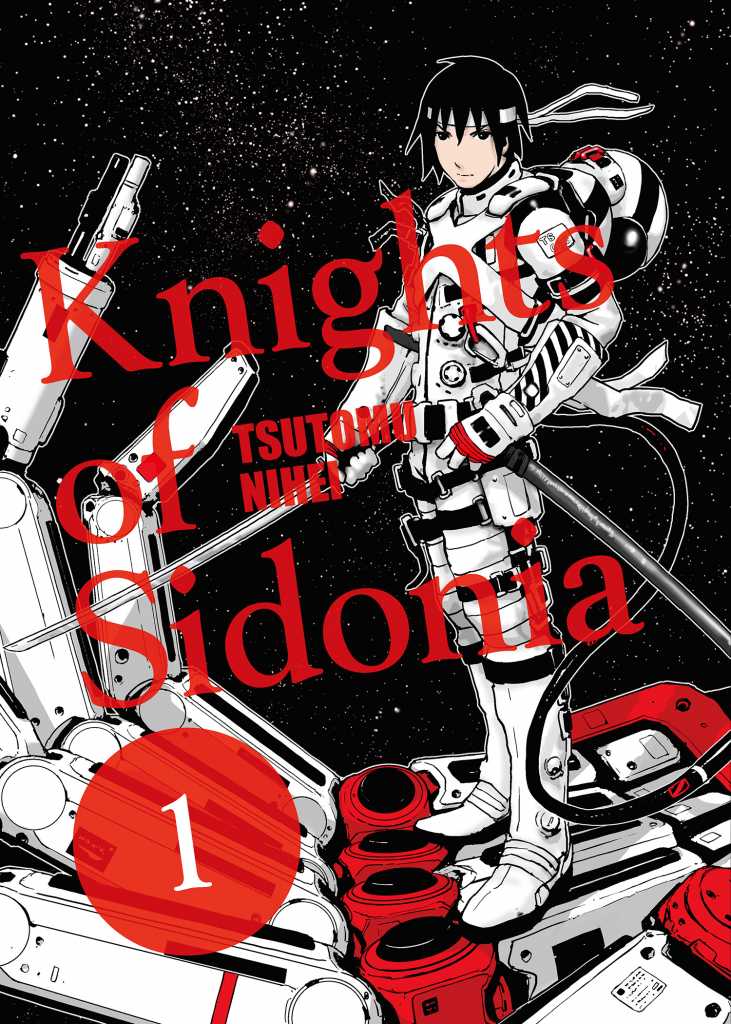