What’s goin’ on here?! Happy starring in his own series at last? Lucy now a … policewoman?! Those industrious erythroblasts in your body … slacking off? And the Squad Leader of the Killer T Cells looking for a personality makeover?!

Not a dream! Not an alternate reality (well, maybe)! With the recent debuts of Fairy Tail: 100 Years Quest and Cells at Work! Code Black, just last week, it does seem like there’s no better time to dive yet even deeper into some of your favorite fantasy-manga series! That’s right, for our digital-first debuts in September/October we’ve got a new Fairy Tail or Cells at Work spinoff series debuting EVERY WEEK starting September 17! Here’s the lineup! 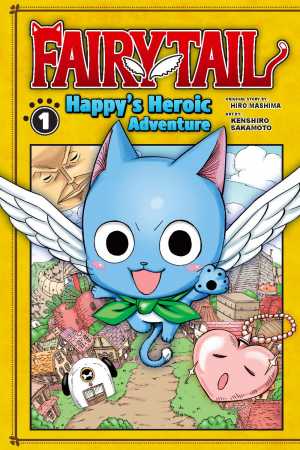 Fairy Tail: Happy’s Heroic Adventure By Hiro Mashima and Kenshiro Sakamoto Happy of Fairy Tail was summoned to another world and became a hero! And its inhabitants aren’t human … They’re animals, with ears and tails to match! Guided by a mysterious talking heart, Happy soars through the skies of this new world, helping the friends he’s making along the way, like a cute bunny, an alluring fox, and even a dog that scares him! What is this place? And will Happy ever make it back home to Natsu and the rest of Fairy Tail?! A new adventure begins through uncharted territory, with Happy as the star and artwork by Kenshiro Sakamoto, creator of Pitch-Black Ten! On sale September 17! Click on the cover to read Chapter 1 free! 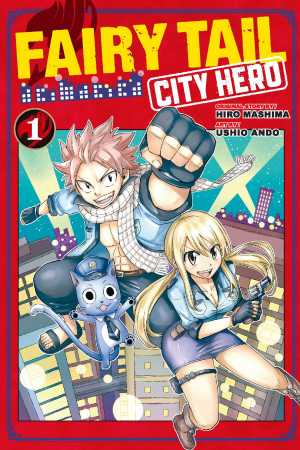 Fairy Tail: City Hero by Hiro Mashima and Ushio Ando A spinoff from the Fairy Tail universe—with Lucy now on assignment as a police officer—and lots of your old friends appearing in an unexpected new setting! Starts September 24! 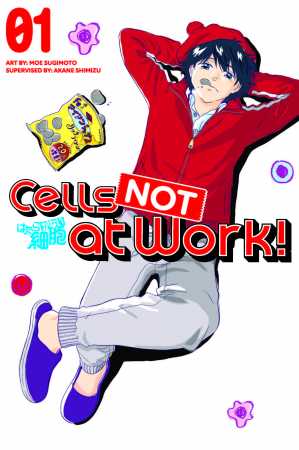 Cells NOT at Work! By Moe Sugimoto Here comes a new Cells at Work! spinoff series—with laughs galore! Erythroblasts are cells raised by a Macrophage in order to become promising Red Blood Cells, but that doesn’t seem to be really the case here with these erythroblasts, who are on an indefinite moratorium—with no reason to work! Starts October 1! 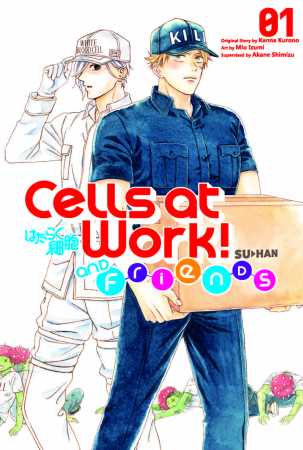 Cells at Work and Friends! By Kanna Kurono and Mio Izumi The smash-hit anthropomorphic cell fantasy’s latest spinoff features a fearsome Killer T Cell as its protagonist! Killer T Cells are the assassins who destroy virus-infected cells and other foreign contaminants to keep things peaceful inside the body. The Squad Leader of the Killer T Cells is feared by all … but he wants to change his public persona! He wants friends! But he can’t just say so! Solo karaoke, hot pot parties, and smartphones … Cells using modern gadgets in their daily lives unexpectedly result in one hilarious situation after another! Starts October 8!