Attack on Titan, The Quintessential Quintuplets, Fire Force … A big new wave of Kodansha Comics manga-turned-anime-powerhouses have been coming out of our pages to your screen!

Starting Monday June 10, Kodansha Comics and Humble Bundle team up again to present you our BIGGEST manga bundle yet, Humble Manga Bundle: Manga 2 Anime! That’s $1000+ worth of digital manga including  Attack on Titan and its spin-off Attack on Titan: Before the Fall, Cells at Work!, The Quintessential Quintuplets, and Domestic Girlfriend.  If you are a fan of BLAME! (as seen as anime on Netflix), you may also want to check out BLAME! Movie Edition: The Electrofishers’ Escape and APOSIMZ from the same creator: Tsutomu Nihei. You can also get a taste of the upcoming animated titles like Fire Force and Vinland Saga. If you’re a serious collector type, we’ve got you covered! Get the exclusive art book that’s only available with this bundle,  featuring never-before-seen artwork from those manga-to-anime series! So how does it work?

Name your price. Together, the books in this bundle usually cost as much as $1000. At Humble Bundle, though, you choose the price!

Support charity. Choose where the money goes—among Kodansha Comics and our preselected charity American Civil Liberties Union and  The Comic Book Legal Defense Fund—or, if you like, a charity of your choice—via the PayPal Giving Fund. For details on how this works, click here. If you like this bundle or like what Humble Bundle does, you can leave a Humble Tip too. 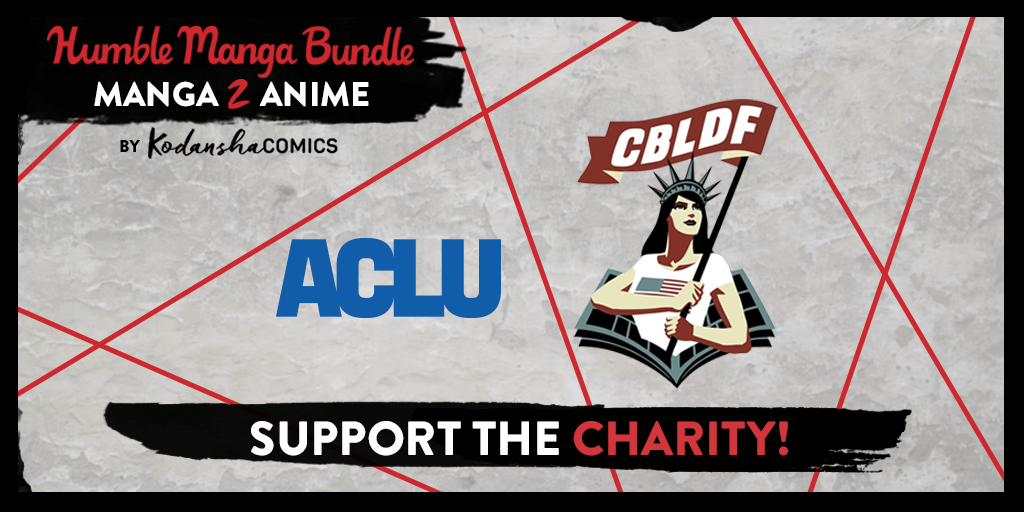 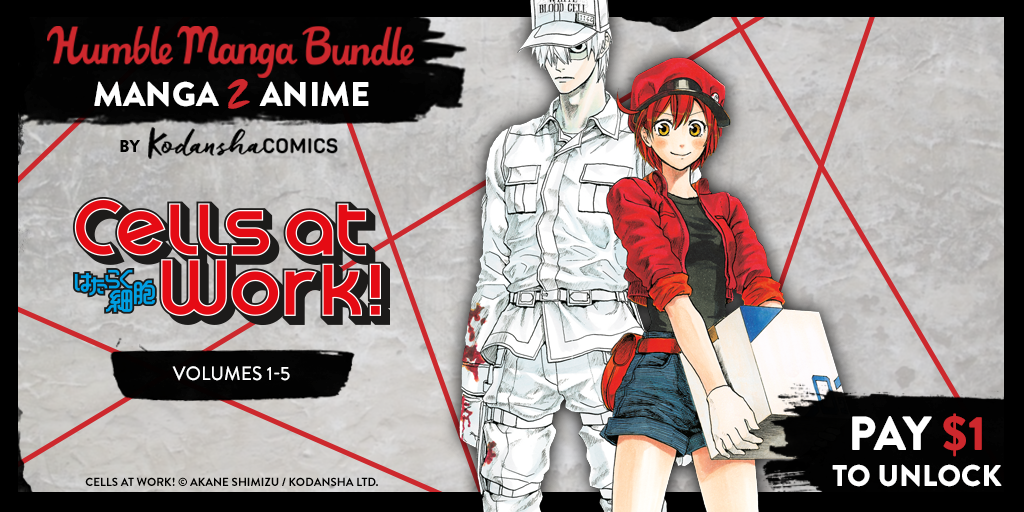 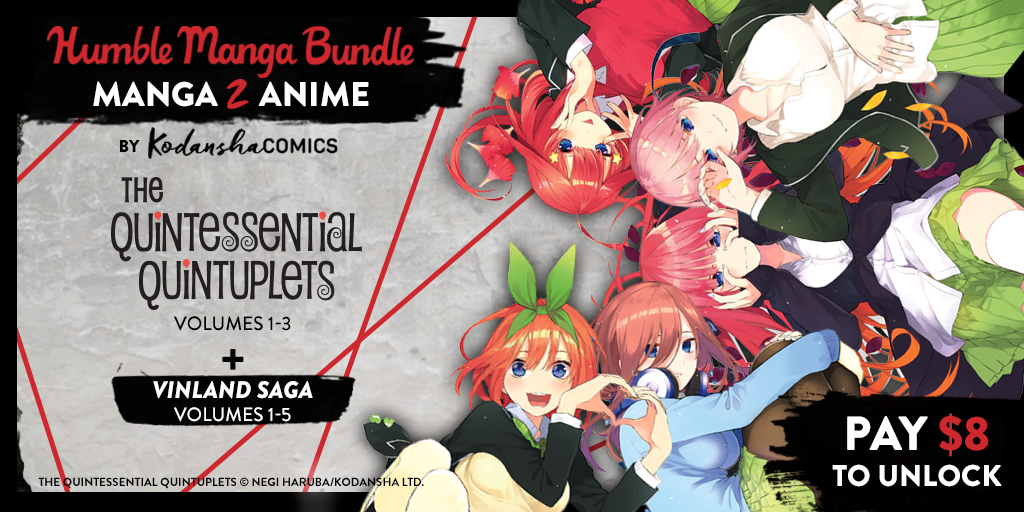 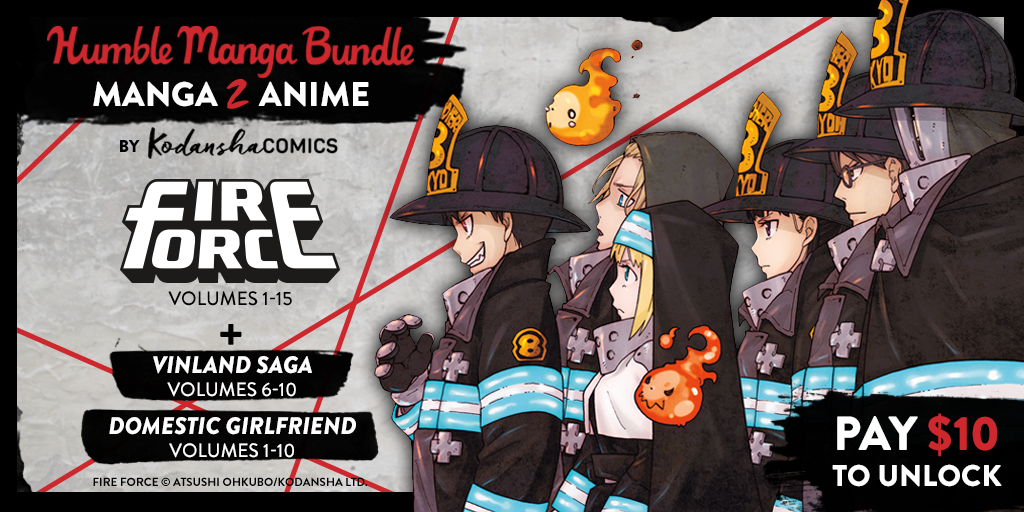 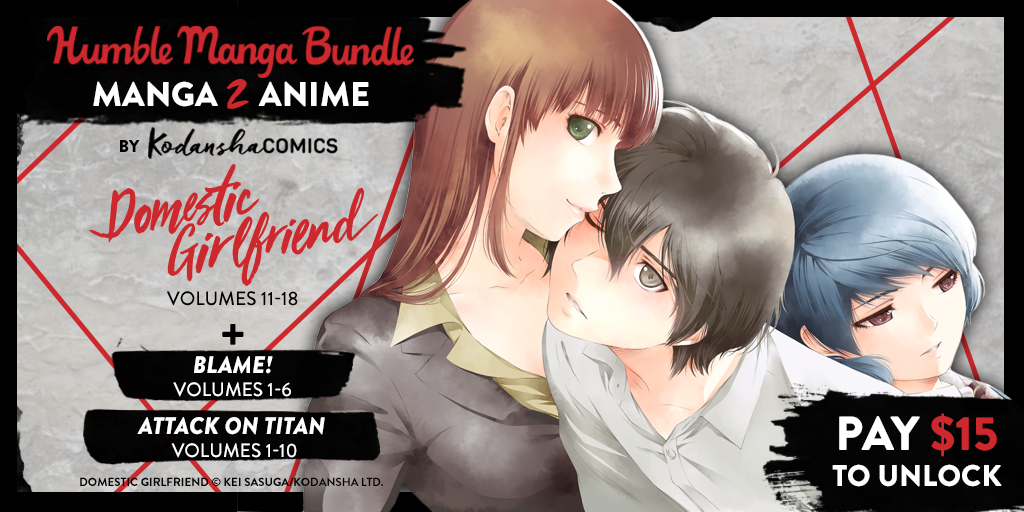 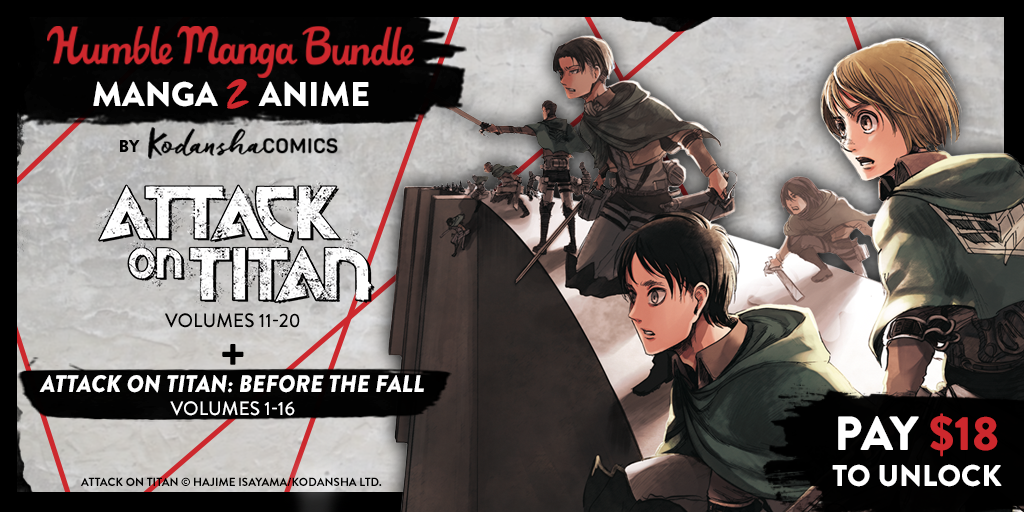 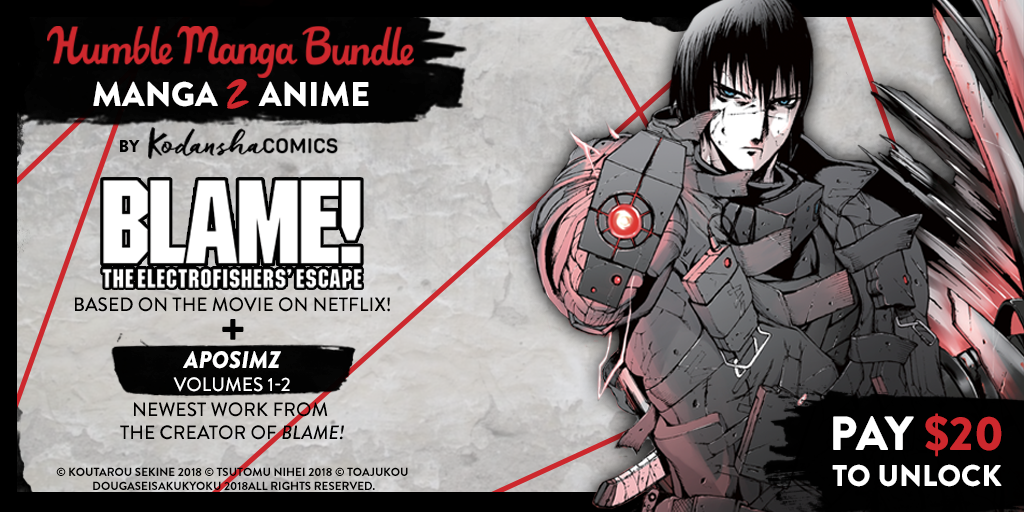 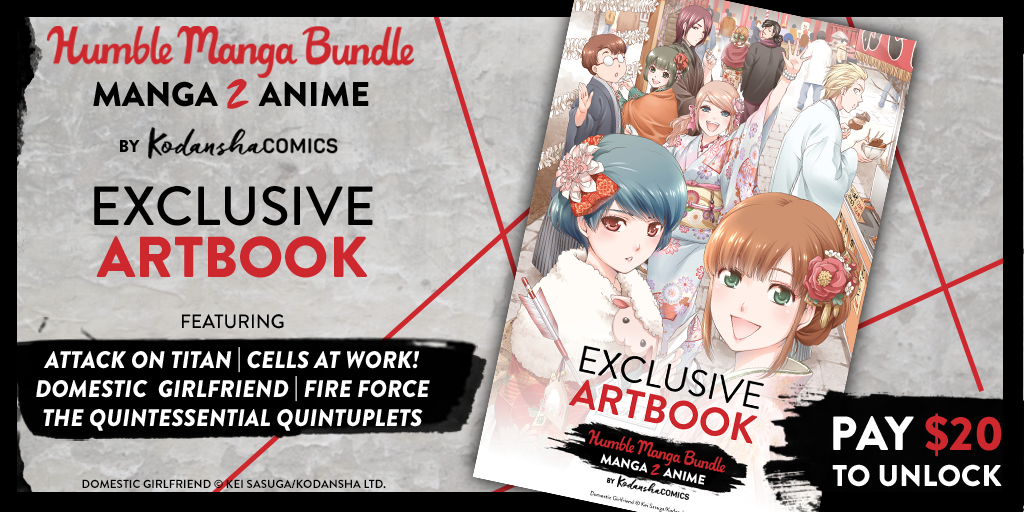