Skip to content
Home > News > Manga Sale > Makoto Shinkai Bundle: read the manga by the creator of Your Name.

Kodansha Comics’ sibling publisher, Vertical Comics, has been publishing fine manga adaptations of the films of anime auteur Makoto Shinkai (of Your Name. fame) for some time now. And here’s a great way to enter that special world in one fell swoop: we’re launching the Makoto Shinkai Bundle, which includes 4 standalone manga based on Shinkai’s films, including the latest, Voices of a Distant Star!

The Makoto Shinkai Bundle is available on comiXology for $29.99 (a la carte price would be $47.88). But wait, that’s not all! To celebrate the bundle launch, we’re offerting a special promotion price of $19.99 for 1 week only! (Offer ends February 27)

Makoto Shinkai Bundle
Check out which manga are in the bundle! 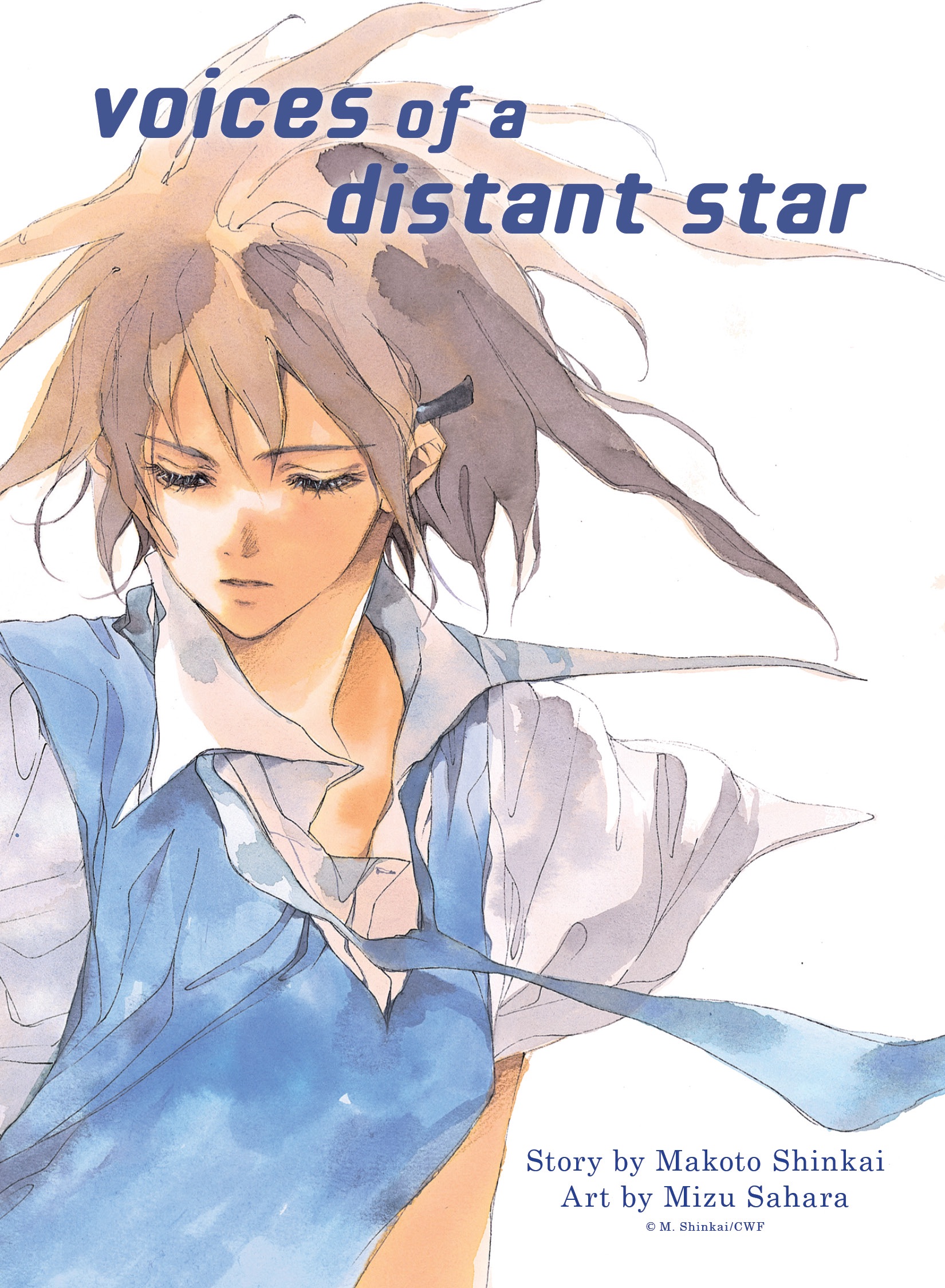 Voices of a Distant Star
By Makoto Shinkai, adapted by Mizu Sahara

You might remember this manga based on Shinkai’s first breakthrough film from 2003 from a previous edition published by TokyoPop. This new edition from Vertical comes with a new translation and lettering.

Mikako Nagamine is recruited as a pilot to fight in an interstellar war against a force of alien invaders, leaving behind her one true love. Mikako’s only connection to Noboru Terao, who continues living the life of an ordinary student, is through cell phone text messages. As Mikako travels light years away, it takes longer and longer for Noboru to receive her messages, until finally one arrives eight years and seven months after she sent it …

Check out the free Chapter 1 preview… 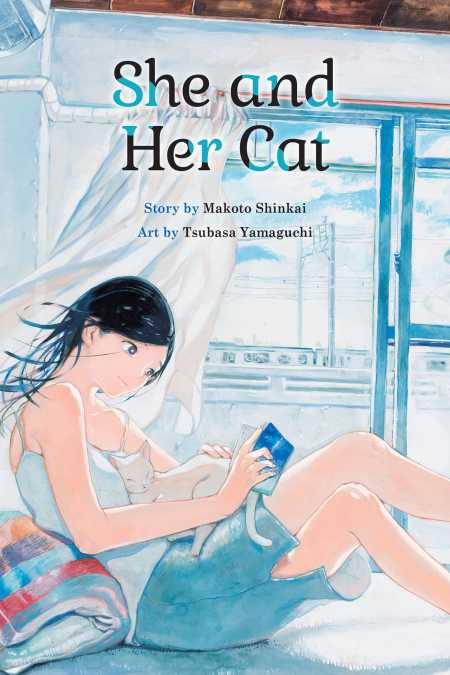 She and Her Cat
By Makoto Shinkai, adapted by Tsubasa Yamaguchi

The manga adaptation of Makoto Shinkai’s early short film from 1999 about a woman who lives alone with her cat—now also an anime television series.

“It was the start of spring. It was raining. That was the day that she brought me home.”

This is the story of Miyu, a woman who lives alone with her cat, Chobi. As Miyu navigates the world of adulthood, she discovers both the freedom and loneliness that come with living independently, and Chobi learns of the outside world through her actions. Time drifts slowly for Miyu and her cat, but the harsh realities of the world soon catch up …

Check out the preview … 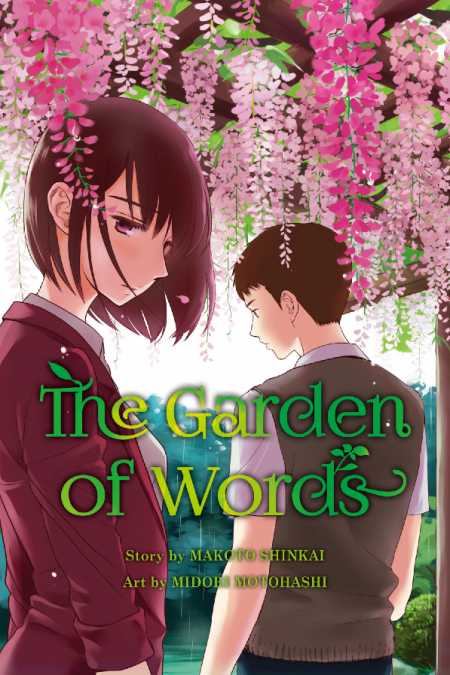 Garden of Words
By Makoto Shinkai, adapted by Midori Motohashi

The manga adaptation of Makoto Shinkai’s award winning film from 2013.

Can a poem save your life?

Words are powerful. Insults and rumors can derail a career; a bit of encouragement can give someone the strength to pursue their dreams. When a high school boy skipping class to sketch shoe designs and a taciturn woman drinking a morning beer meet in a Tokyo park, they say little, but the woman bids farewell with an ancient tanka poem. Will the boy figure out the poem’s meaning—and its corresponding response—before it’s too late? 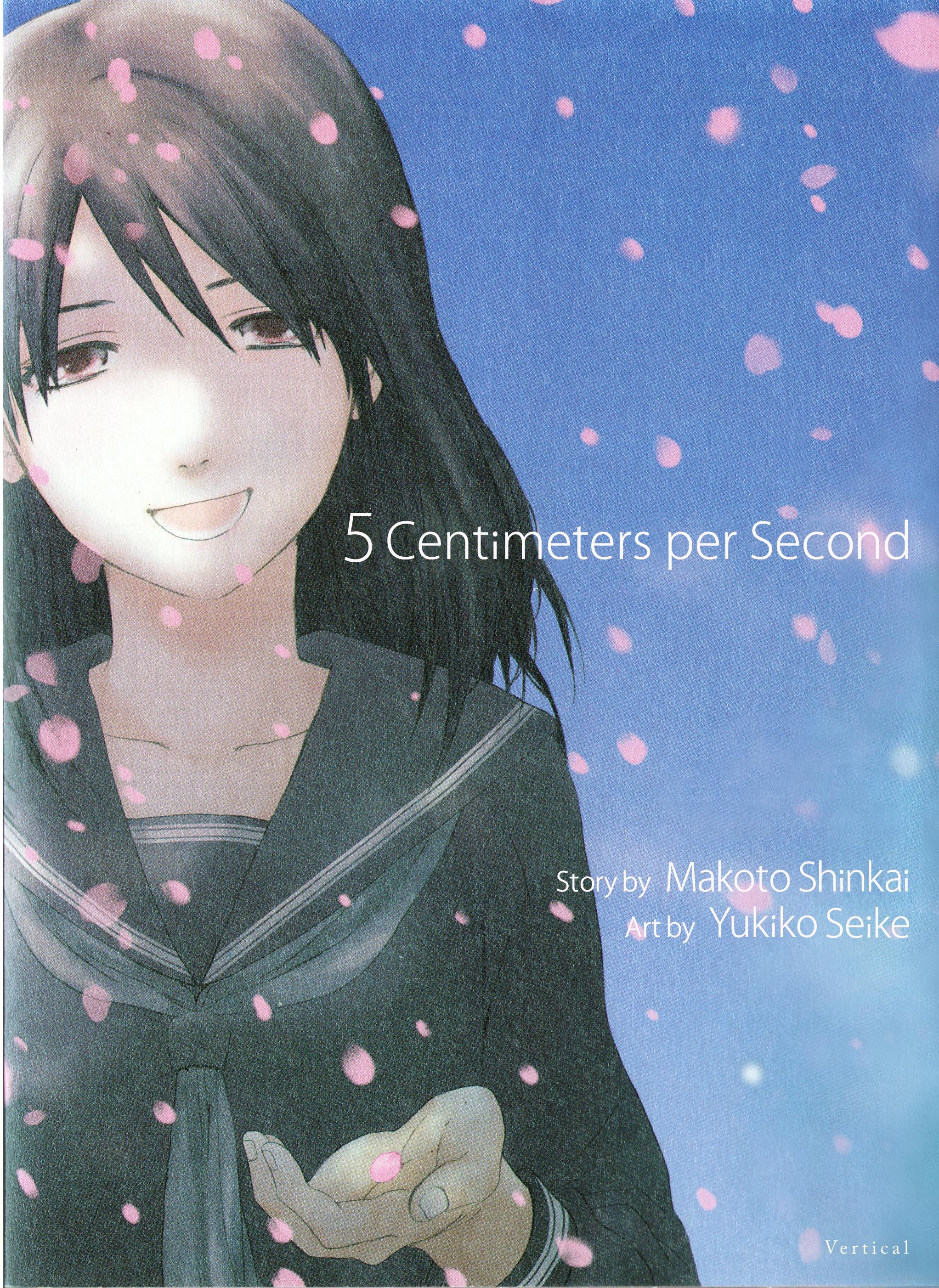 5 Centimeters Per Second
By Makoto Shinkai, adapted by Yukiko Seike

The manga adaptation of Makoto Shinkai’s award winning film from 2007.

Takaki Tohno quickly befriends Akari Shinohara when she transfers to his school. They grow closer to each other due to similar interests and attitudes; for instance, they both prefer to stay inside during recess due to their constitutions. As a result, they form a strong bond. Upon ending their school year, Akari moves to Tochigi, due to her parents’ jobs. The two keep in contact by writing letters, but eventually begin to drift apart.

The Makoto Shinkai Bundle is available now on comiXology and BookWalker!