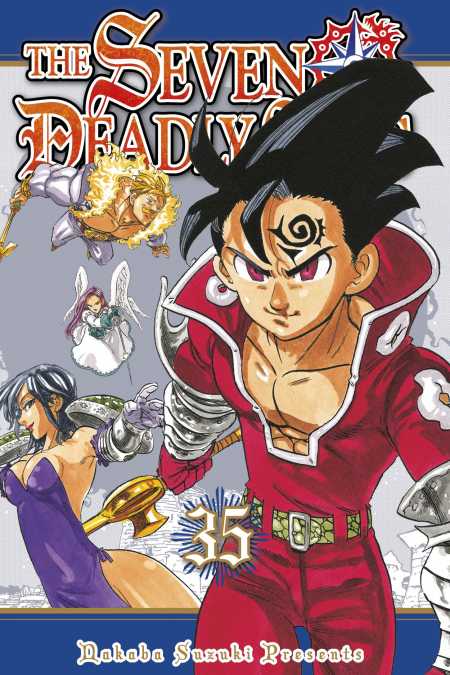 While the fight against Estarossa hangs in the balance, the team of Merlin, Escanor, Gilthunder, Hendrickson, and Ludoshel prepares for a fierce battle in Camelot against Zeldris and Demon masters Chandler and Cusack. Even though it’s three against five, the Assault Force has a fearsome enemy in Meliodas’s younger brother. A revelation about another sibling–Ludoshel’s fellow Archangel and brother Mael–may turn the tide of the Holy War itself. Meanwhile, the return of Ban from purgatory bodes well for The Sins and their allies, but where is Meliodas?"