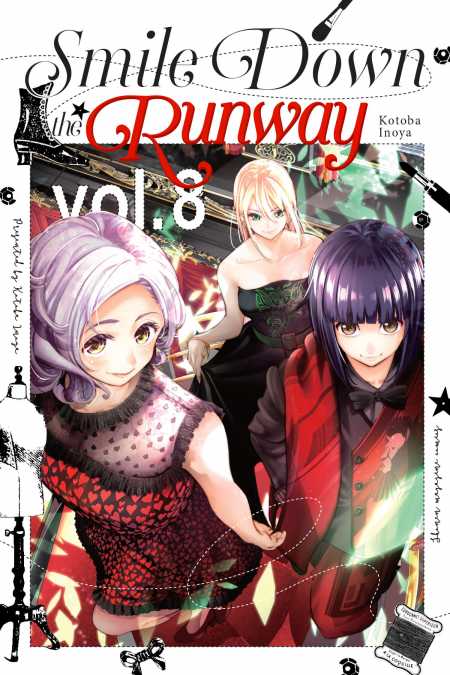 Ikuto’s first fashion show ever has begun! The concept of his show is “traveling around the world,” where he would present clothes themed after countries around the world, such as Great Britain and Italy. During Ikuto’s show, the spectators just couldn’t take their eyes off the models wearing his well-made clothes. Ikuto’s final outfit, which showcases his growth as a clothes maker, is also something no one could have expected. Kokoro and Chiyuki’s show then begins shortly after. As one of the judges, Sara, would put it, the designer is very “ruthless” toward the model. The two’s show managed to create an air of excitement in the venue! Just what kind of show plan did these two rivals go with in order to seize victory?!