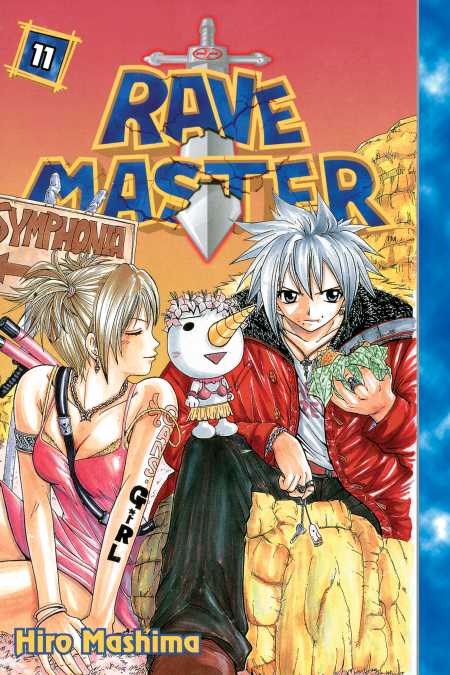 Once Haru and the others get out of the Death Storm, they find themselves in the middle of a vast desert. Elie collapses suddenly (from the heat?) and Plue uses his abilities to reveal the location of the remaining Rave pieces splayed out of a map of the world. Just then, a mysterious blonde-haired man shows up, claiming to be a Dark Bring Master. Instead of a fight, he simply kisses Elie before disappearing again and being replaced by the Demon Card team. Frustrated with only being protected all the time, Elie vows to fight along side everyone just as hard! There's a tragic sequence where Ret is attacked and finally reveals his true human form. Mixed with flashbacks, it is explained how his love, Julia, was "killed" by the Demon Card team, but she is now in the form of a dragon which he must attack or die! Sadly, Let is defeated and sealed into a tree, which burst from his hand via magic.