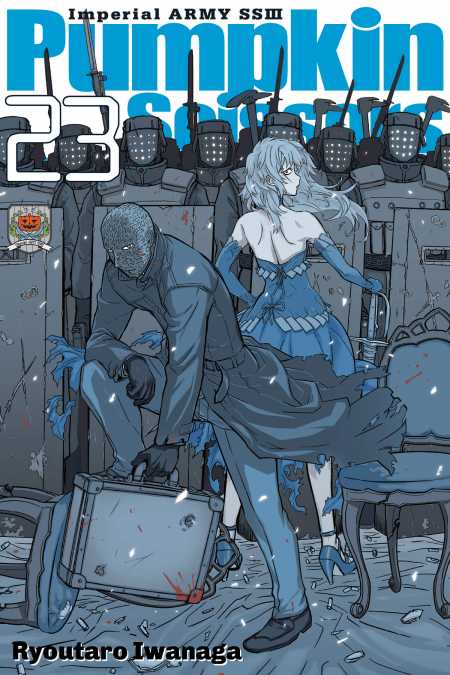 Three years after the cease-fire with the Republic, the Empire is still plagued with famine, disease, and former soldiers turned terrorists. Now, a new battle to fight against these scars left by a seemingly endless war has begun with the creation of the Section Three of the Imperial Army's Intelligence Department. Originally intended as a propoganda tool to placate the public, Section Three, better known as Pumpkin Scissors, is committed to cutting through the thick skin of corruption, removing the rotten core, and bringing justice to the people.

With the Empire's downfall now inevitable, Claymore One's eleventh-hour raid on the joint congress hall has become a futile bloodbath. Still, the tenacious Intelligence Department refuses to give up, and turns to unusual means to prolong the Empire's life and shed new light on the masscre. Hostages held at gunpoint and sorted by a life-or-death ranking system, a planned attack on the invincible land-operating warship, a devilish trap set to ensnare the ambassador of a friendly nation… so begins a desperate fight to save the Empire!