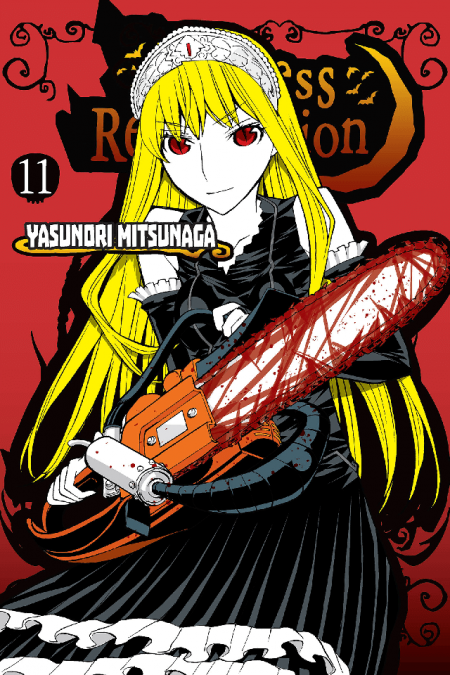 This is the story of dark inhabitants called “monsters,” and a royal family who governs them all. One member of the royal family, Hime, is embroiled in a battle for the throne. Then there’s Hiro, a boy who becomes a half immortal blood warrior after taking Hime’s blood. Hiro, together with Hime, throw themselves into battle. A brother’s ambush, a sister’s schemes… There’s no end to the attacks launched by Hime’s siblings. Not just that, Nakua the malevolent god appears again! Hime and the blood warrior can’t get a break from all the fighting!