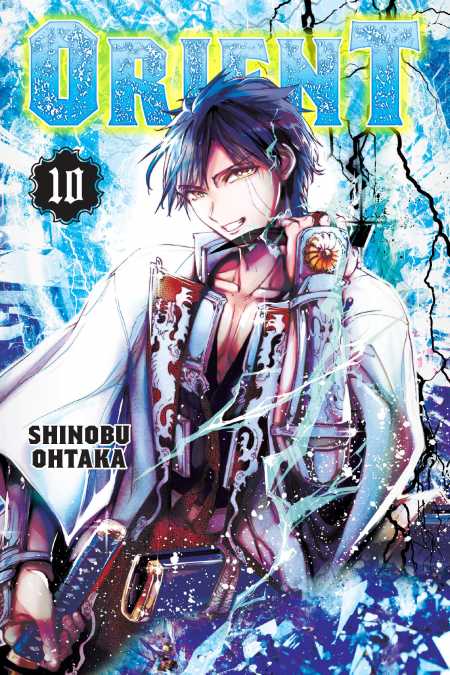 Kuroko has won the strategy battle against Seiroku, and Naoe has broken Seiroku's demon metal sword. With their blade energy unsealed, the veteran Black Corps is back in action, and the Awaji Island Reclamation Operation moves into its final stage. Naoe vs. Seiroku, Naotora vs. Shiro, and Musashi vs. Yataro... The battle for Hinomoto's future grows ever fiercer!