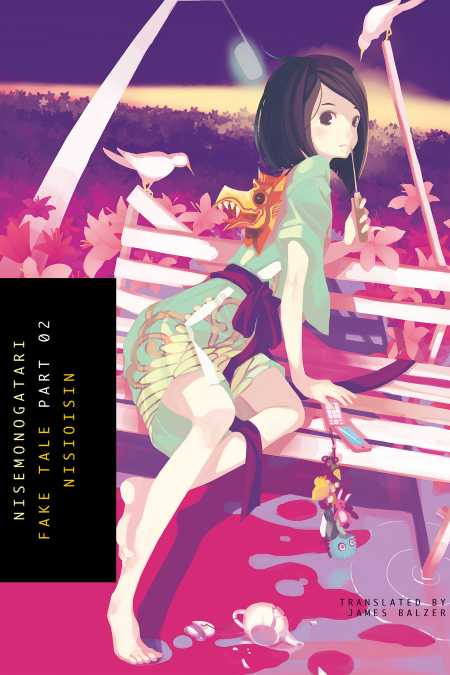 Originally planned to be the series’ conclusion, “final” chapter “Tsukihi Phoenix” invites us back to the seemingly eventless country burg where supernatural afflictions abound and characters change their trademark hairstyles at the drop of a hat. Rest assured, dear reader, that the story continued in Japanese and will do so in translation. In the first half of Fake Tale, lost soul Araragi helped resolve his bigger little sister Karen’s feverish run-in with a fraud. In this second half, he must attend to his littler little sister Tsukihi’s issues, but not before staging the Toothbrush Episode that the acclaimed anime adaptation’s viewers find quite memorable—whether they like to or not. As fraught with ominousness as a dark empty street, as unexpectedly full of feeling as an acid-tongued girlfriend, as sidesplittingly funny as a horny retired jock, and (maybe even) as educational as college in the best MONOGATARI tradition, this volume also introduces us to “ghostbusters” Yozuru Kagenui and Yotsugi Ononoki.