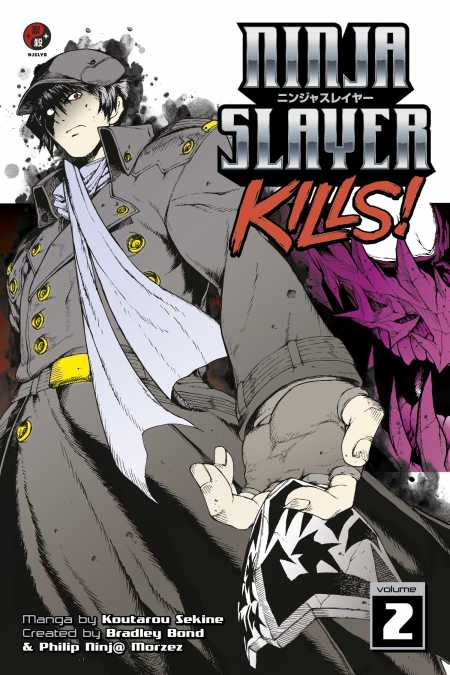 Ginichi is a young man who leads a double life. In his free time, he’s the the undefeated, electric king of the video arcade. However, beneath his cool exterior lies a nervous geek who struggles with the pressures placed on him by his mother and school to pass the Center Exams and become part of the elite kachigumi. But a fateful encounter with a beautiful punk girl may bring some exciting changes to Ginichi’s hollow existence. Just as things seem to be going well for Ginichi, he and his new friend become witness to a ninja battle between a perverted, creepy Soukai ninja and the crimsonclad grim reaper, Ninja Slayer! As the deadly ninjas clash in mortal combat, will Ginichi be able to make it out alive?