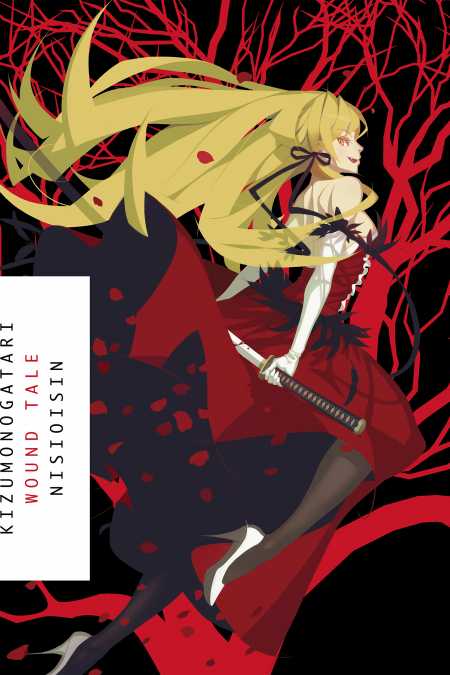 Around midnight, under a lonely street lamp in a provincial town in Japan, lies a white woman, a blonde, alone, robbed of all four limbs, yet undead. Indeed, a rumor’s been circulating among the local girls that a vampire has come to their backwater, of all places. Koyomi Araragi, who prefers to avoid having friends because they’d lower his “intensity as a human,” is naturally skeptical. Yet it is to him that the bloodsucking demon, a concept “dated twice over,” beckons on the first day of spring break as he makes his way home with a fresh loot of morally compromising periodicals.

Always disarmingly candid, often hilariously playful, and sometimes devastatingly moving, KIZUMONOGATARI is the perfect gateway into the world of author NISIOISIN, the bestselling young novelist in Japan today. The prequel to BAKEMONOGATARI, this is where the legendary MONOGATARI series, whose anime adaptations have enjoyed international popularity and critical acclaim, begins.