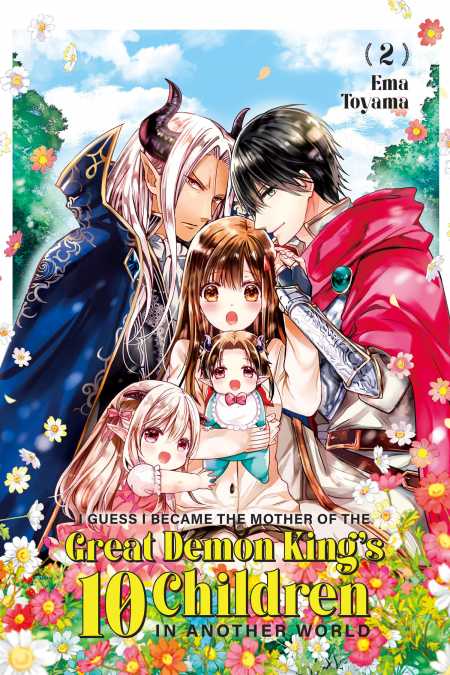 Akari was a typical game-loving 16-year-old girl who lived with her mother, until a fateful accident left her an orphan. A year later, she makes a fateful wish on a game disc to be a great mother for a family of her own—only to be swept through a portal into another world! She finds she's been summoned as the "priestess from another world"...whose role is to become mother to the children of the demon king himself?! After she quaffs a stork tincture, a cheat potion that causes anyone who drinks it to become pregnant in an instant, she gives birth to An, King Gran's firstborn daughter. Before long An's old enough to leave the house, so King Gran and Akari take her to see the outside world...where they encounter the Hero Albert, the sworn enemy of demonkind! Before Akari knows it, he's whisked her and her daughter to a nearby human town...where he hopes to win them over to his side!