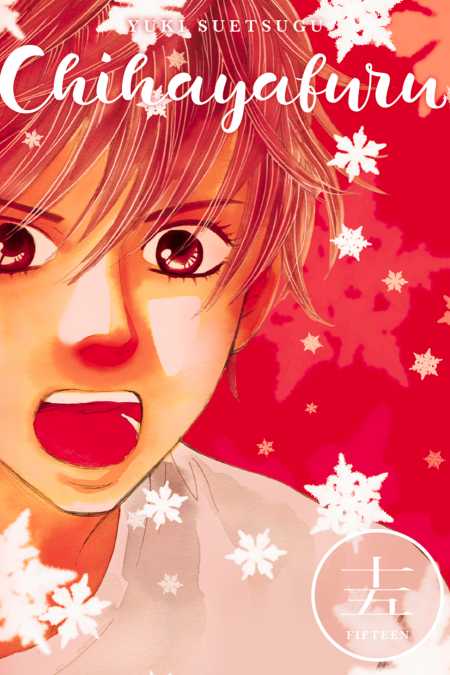 The team tournament at the High School Karuta Championships. Chihaya and the rest of Mizusawa High faces off against the elite squad and frequent title holder that is Fujisaki High. Each of their players is forced into a difficult battle where they feel the difference in skill between them and their opponent. Chihaya is paired up against Rion, who like Chihaya has a strong "feel" for the game. Chihaya knows that she cannot allow Rion to build any more of a lead and launches a daring attack in order to force the momentum back on her side. But just as she leaps for a card, a sharp pain runs through her finger. How will Chihaya get out of this predicament...? In Volume 15, Taichi's bout holds the key to everyone's fate.