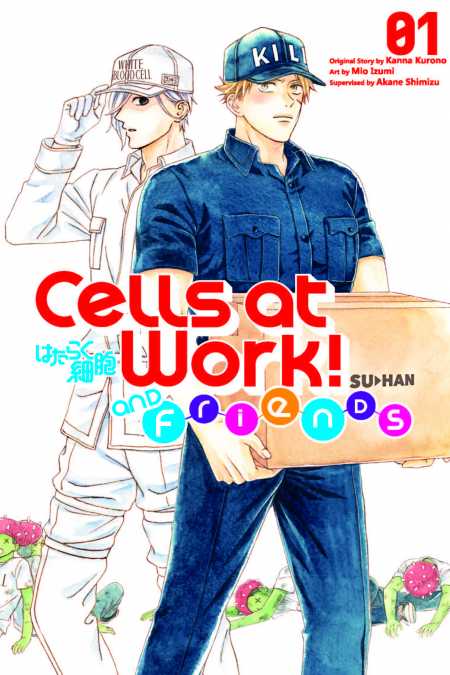 The smash-hit anthropomorphic cell fantasy’s latest spinoff features a fearsome Killer T Cell as its protagonist! Killer T Cells are the assassins who destroy virus-infected cells and other foreign contaminants to keep things peaceful inside the body. The Squad Leader of the Killer T Cells is feared by all ... but he wants to change his public persona! He wants friends! But he can’t just say so! Solo karaoke, hot pot parties, and smartphones ... Cells using modern gadgets in their daily lives unexpectedly result in one hilarious situation after another!