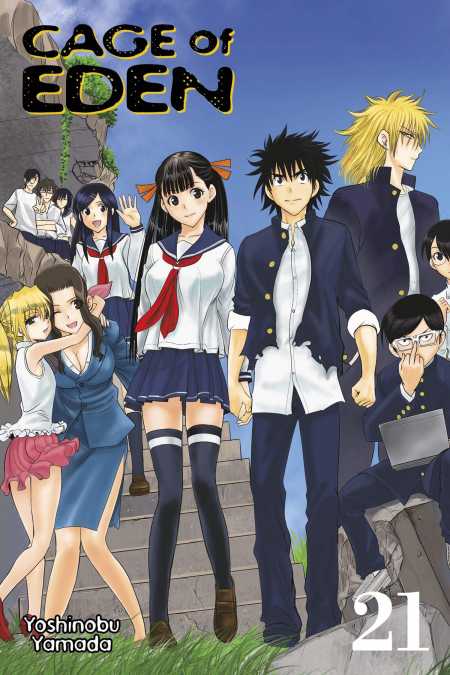 Sengoku and his remaining classmates, teachers, and allies have reached the island's final tower to finally uncover the secrets that could help them escape - or seal their fate. But what they find inside may be more eerie than the strange beasts and dangers that have come before. Sengoku discovers evidence that someone on the island had personal information about his entire class, even to the point of being prophetic. Was there a diabolical purpose behind the "accident" that led to them to the island, and what part were they supposed to play in the "Project of Eden"? Their fight for answers and survival comes to its shocking conclusion! Final volume!