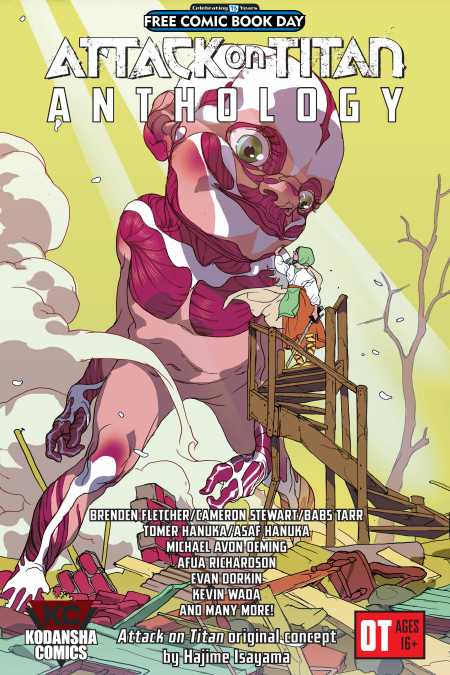 This unprecedented, full-colour collaboration between East and West will be released first in English, making it indispensable for Attack on Titan fans and curious comic fans.

This is the free preview released to comics stores around the country on Free Comic Book Day 2016. Download the free digital edition to get a sneak peek before the book releases on October 18, 2016!