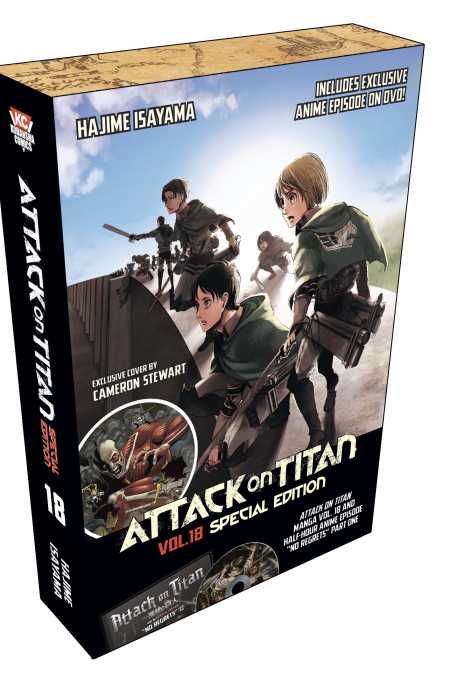 This Special Edition comes with a brand-new anime episode on DVD: “Attack on Titan: No Regrets”—the backstory of Captain Levi!

The Survey Corps has overthrown the Royal Government and swept away the tyranny of the king. The next step: Move to retake Wall Maria, with the helpf of a newly-discovered metallic ore and Eren’s miraculous Titan hardening powers. But as humanity pulls together, its enemies also unite beyond the Walls … now that the Beast Titan has joined Reiner and Bertolt, what havoc will they wreak?