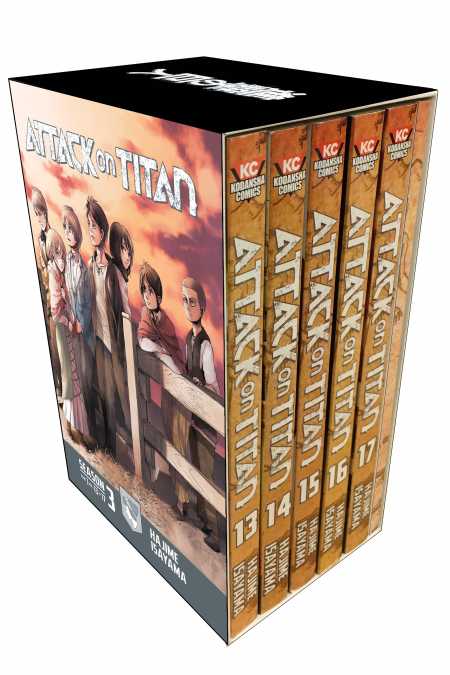 Continue your journey outside the walls with the manga that inspired the first part of Season 3 of the hit anime Attack on Titan! Includes FIVE books (Volumes 13-17), plus an EXCLUSIVE book of Attack on Titan short stories never published in English!

After helping the Garrison to victory, retaking Trost District from the Titans, Eren awakens in a prison cell. He may be a hero to the common people, but among the leaders of humanity, fear of Eren’s mysterious powers threatens his continued survival. It’s only the insistence of the tenacious and pragmatic Erwin Smith, leader of the Survey Corps, that wins Eren a chance: prove himself outside the Walls, and bring the evidence from his family home back from Titan territory, and the rest of the military will let him live. But soon after the Corps passes through the gate, a new and terrible threat appears—one that Erwin may know more about than he’s letting on.