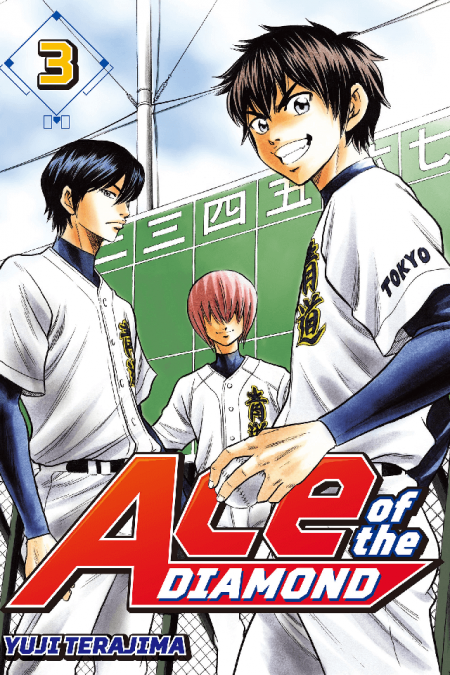 Seido High’s team is without an Ace, and so a game between the first-years and the upperclassmen is held to uncover new talent. The upperclassmen team’s overwhelming strength and ability is about to utterly destroy the first-year team’s will when Eijun steps up to recover the team’s morale. Seeing his determination to work toward victory, the coach finally decides to put Eijun on the mound. Eijun’s excitement at finally getting to pitch hits a stumbling block when he comes up against his roommate, upperclassman Masuko. Will Eijun finally understand the harsh reality of being kicked off the varsity team through his head-to-head battle against Masuko?!