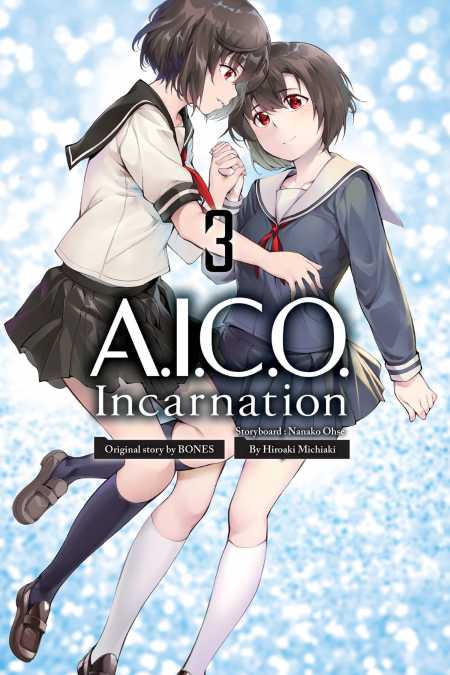 By Michiaki and Hiroaki / Bones

Final volume! In Japan, in the near-future world of 2035, research on "artificial organisms" have created a disastrous accident called The Burst. In it, malignant artificial organisms called Matter have engulfed the Kurobe river valley. As a result, the government has cordoned off the research city and its surrounding area that once represented hope for humanity. It's been two years since then. Aico Tachibana who lost her family to the Burst hears a hard-to-believe story from a transfer student, Yuya Kanzaki. Unbeknownst to Aico, there are secrets hidden within her own body, and the only way to solve those mysteries is to go to the Primary Point, ground zero where the Burst originally occurred. Aico, her guide Kanzaki, and a small group of Divers as bodyguards, enter the forbidden zone. Learn what truths await a young man with the weight of humanity on his shoulders and secrets hiding in the young girl he met, in this concluding chapter!