They arrive in silence and darkness. They descend from the skies. They have a hunger for human flesh. They are everywhere. They are parasites, alien creatures who must invade—and take control of—a human host to survive. And once they have infected their victims, they can assume any deadly form they choose: monsters with giant teeth, winged demons, creatures with blades for hands. But most have chosen to conceal their lethal purpose behind ordinary human faces. So no one knows their secret—except an ordinary high school student. Shin is battling for control of his own body against an alien parasite, but can he find a way to warn humanity of the horrors to come?

"Gives the phrase 'talk to the hand' a whole new meaning. Alien spores roughly the size of tennis balls fall to earth one night; from within crawl sluglike creatures that burrow their way into the brains of humans, effectively killing them and taking over their bodies … Violence is graphic and often shocking, depicted in a style reminiscent of western comics and H.R. Giger. The ordinary nature of the rest of the illustration gives the whole book an unsettling edge, a sort of subliminal 'it could happen anywhere' vibe. A cult favorite manga." —Publishers Weekly 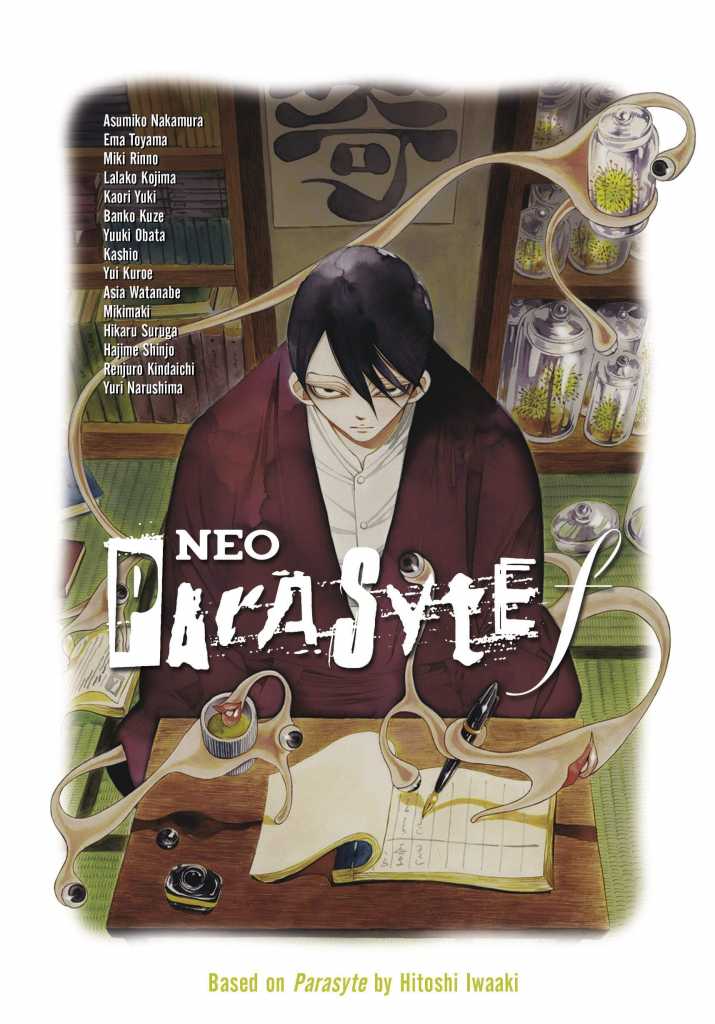