The Drops of God Giveaway!

As we’ve mentioned on our panel, we’re giving away the entire collection of The Drops of God available right now (that’s volumes 1-33) on comiXology!

Enter for a chance to win the prize by taking this viewer survey on The Creating The Drops of God: An Intimate Interview at Storytelling Across Media 2020!

It’s been announced that Tadashi Agi a.k.a. Shin & Yuko Kibayashi, the storywriters of The Drops of God are making an appearance at Storytelling Across Media 2020 on a panel hosted by Wine Spectator and Kodansha Comics! Join us on one-of-a-kind opportunity to lounge & hear how the legendary storytellers create hit manga series after another (and while enjoying a glass of wine too!)

Creating The Drops of God: An Intimate Interview
When? Saturday, October 24 at 2 pm PT / 5 pm ET
Where? Direct YouTube Link

The Drops of God is the worldwide phenomenon that marries wine & manga together for a thrilling and enlightening story that introduces you to the depths of the wine world. This is also a manga series currently available to read digitally via comiXology Originals through comiXology and Kindle! Join wine spectator’s Ben O’Donnell and Kodansha USA Publishing’s Misaki Kido as they host an intimate conversation with Shin and Yuko Kibayashi, the master connoisseurs and writing team behind the critically acclaimed manga! Dive into this wide-reaching conversation on the creative process of manga, sibling collaboration, and of course wine! It’s a panel for every wine or manga aficionado!

Plus! Stay tuned on this page for more details on The Drops of God Giveaway! 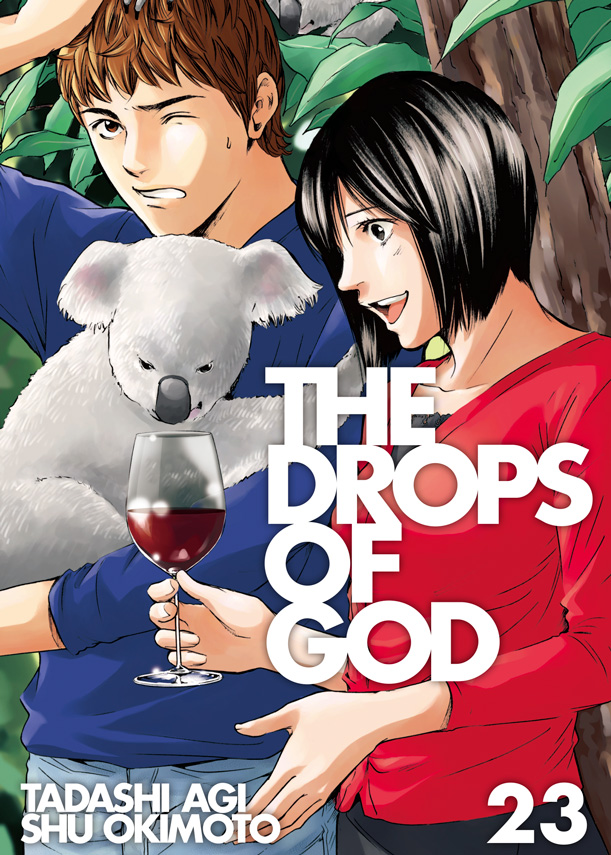 October 20, 2020—New York, NY—Today, comiXology and Kodansha Comics released volumes 23-33 of the international bestseller The Drops of God manga series in English for the first time. These 11 new volumes join the 22 previously released, all of which can be read digitally as part of the comiXology Originals line of exclusive content at no additional cost for members of Amazon Prime via their Prime Reading benefit, Kindle Unlimited and comiXology Unlimited. These titles are also available for purchase on Kindle and comiXology. The final volumes will be added in 2021 to complete the 44-volume series.

Created and written by Tadashi Agi with artwork by Shu Okimoto, The Drops of God has had an unprecedented impact on the international wine market and the various wines featured throughout the series.

When world-renowned wine critic Kanzaki Yutaka passes away, his will reveals that his fortune of a wine collection isn’t automatically bequeathed to his only son Kanzaki Shizuku, a junior employee at a Japanese beverage company whose main focus is selling beer. In order to take ownership of his legacy and the inheritance, he must correctly identify and describe thirteen wines, the first twelve heaven-sent wines known as the “Twelve Apostles” and the thirteenth known as the “Drops of God,” while competing against the stellar young wine critic, Toomine Issei.  With determination, a strong sense of taste and smell, and an uncanny ability to describe his experiences, Shizuku submerges himself in the world of wine to try to solve its mysteries and defeat Issei. 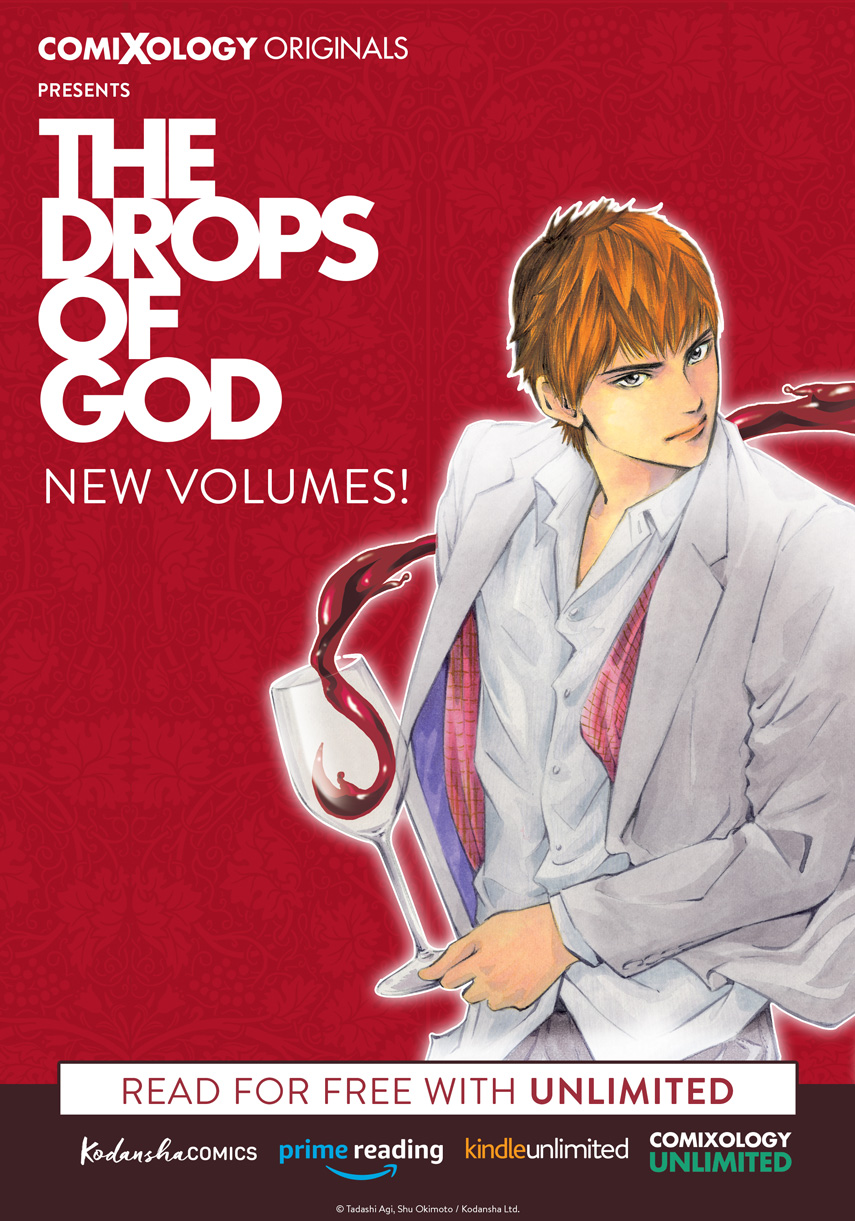 Haven’t read The Drops of God, but are interested?
Read the first chapter FREE below!