Celebrating the Many Worlds of Hiro Mashima

First, we’re we’re hosting a special sale making all Mashima series – more than 130 digital manga titles – up to 50% off! That’s right! In this sale you can catch up or complete your Mashima library, including the planet hopping sci-fi saga EDENS ZERO, the magic-filled adventure FAIRY TAIL, the world-saving scavenger hunt RAVE MASTER, and more.

And as a reminder, not only do we have these great series priced at up to 50% off, but we’ve extended our 99¢ Vol. 1 sale to let you explore even more of what Kodansha Comics and VERTICAL have to offer.

So give all these amazing Mashima series a try for 99¢ per volume 1, and then catch up on the rest for up to 50% off at all participating digital vendors including: BookWalker, comiXology, Google Play, Kindle, Nook and izneo. Sale runs from April 21, until April 27. But this sale isn’t the only way we’re celebrating Hiro Mashima!

We’re also looking to give something back to fans with a very special Hiro Mashima Sweepstakes, created in part with our friends at COPIC. Let’s start with the good stuff: For this special sweepstakes we’re giving away the FAIRY TAIL MANGA BOX SET 1, FAIRY TAIL MANGA BOX SET 2, EDENS ZERO volumes 1-7 and from COPIC, a 24-piece marker set! But how can you enter you ask?

From now, April 21 until May 4 take our Hiro Mashima Quiz by clicking the banner or here! Answer all the quiz questions correctly and you will automatically be entered to win the amazing prizes detailed above. Go ahead enter today for your chance to win!

For more information on COPIC markers please visit their website here. And for a special look at how Hiro Mashima himself uses COPIC markers you can see him in action in the video below: 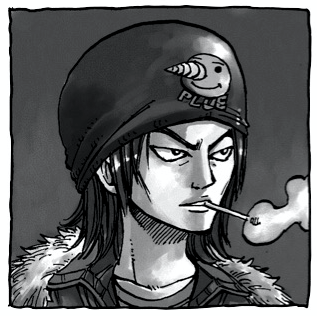 One of the world’s bestselling and most prolific comics artists, Hiro Mashima is the creator of the 63-volume magical epic FAIRY TAIL as well as its prequel FAIRY TAIL ZERO, fantasy series RAVE MASTER, the game spinoff Monster Hunter Orage, and a variety of other manga series and short stories.