Have you ever wanted to step into the grand worlds of FAIRY TAIL, EDENS ZERO, & other Hiro Mashima-created stories? Now’s the perfect chance to jump in headlong with the Hiro Mashima Humble Bundle brought to you by Kodansha Comics and Humble Book Bundle! With this bundle you can instantly own all of  FAIRY TAIL, RAVE MASTER, MONSTER SOUL, and get completely caught up with EDENS ZERO – including chapters not yet collected! But this deal won’t last forever. Hurry and stock your manga library with over a 100 Hiro Mashima titles at a low low price before this Humble Bundle ends, Wednesday, March 25th!

Name your price: To get all the awesome Hiro Mashima titles included at the $20 tier you’d normally have to pay over $1000! But at Humble Bundle, you choose the price and what tier you want to pay up to!

Read ’em anywhere: These comics are available in multiple formats including CBZ, PDF, and ePub, so they work on your computer, e-readers, iPads, cell phones, and a wide array of mobile devices! Instructions and a list of recommended reading programs can be found here.

Support charity. Not only will you be immersing yourself in the exciting worlds of Hiro Mashima but you’ll also be donating to great causes! Choose where the money goes—among Kodansha Comics and our preselected charities, The American Civil Liberties Union, and The Comic Book Legal Defense Fund — or choose a charity of your preference via the PayPal Giving Fund. For details on how this works, click here. If you like this bundle or like what Humble Bundle does, you can leave a Humble Tip too. 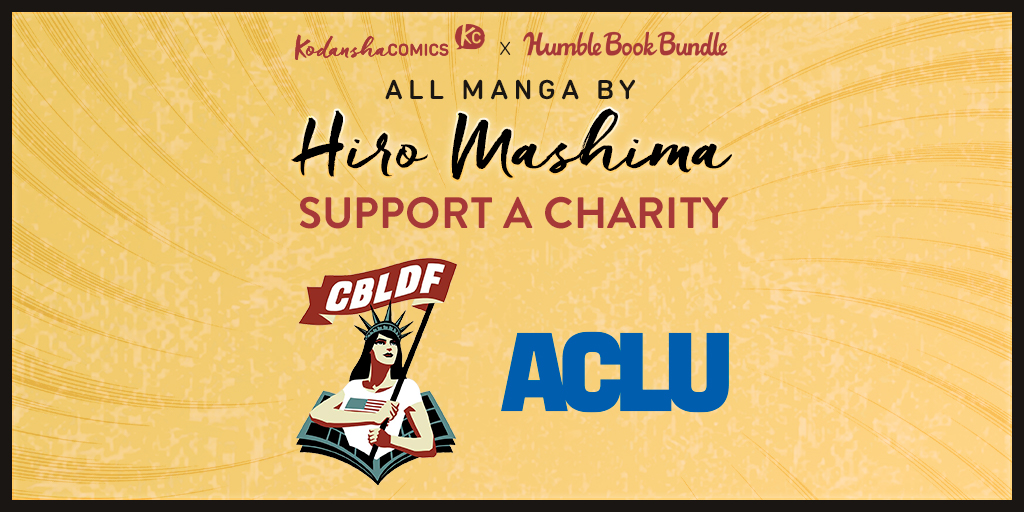 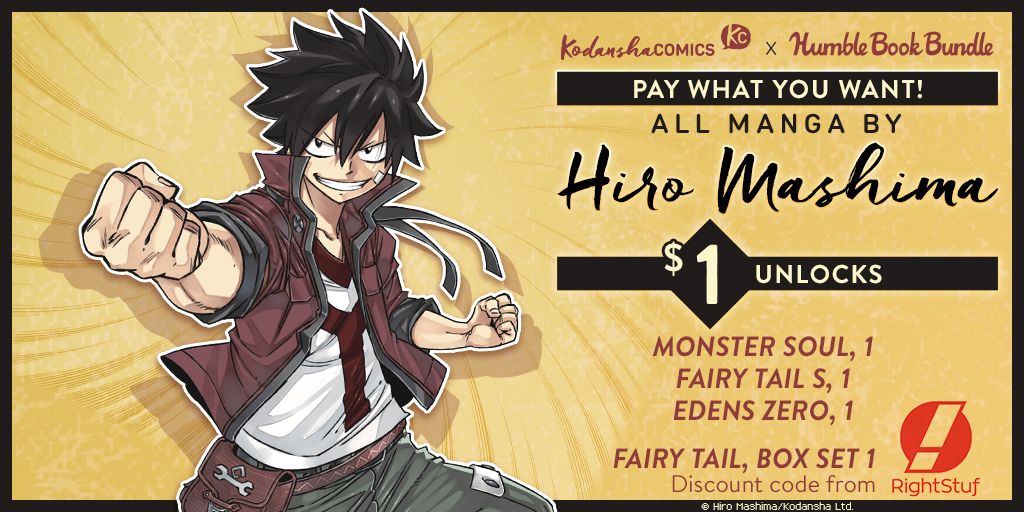 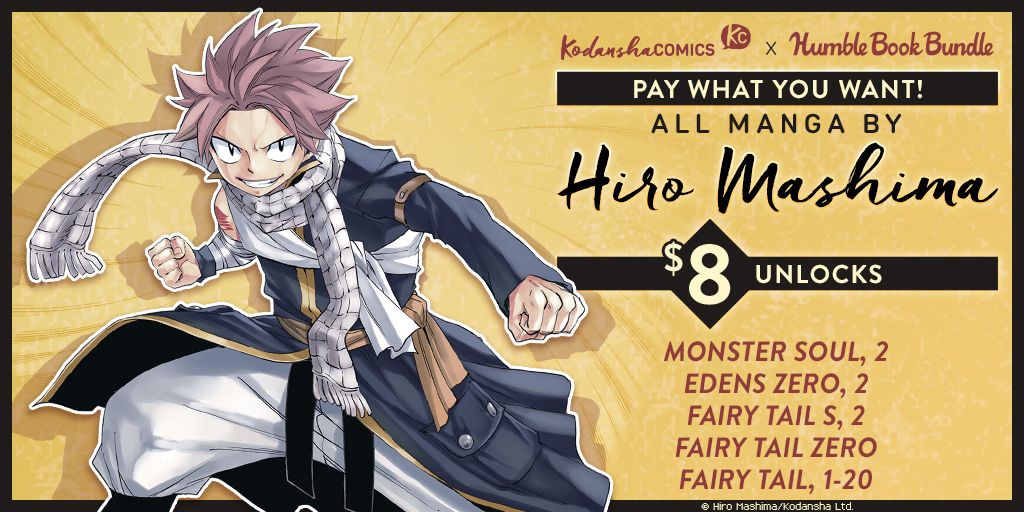 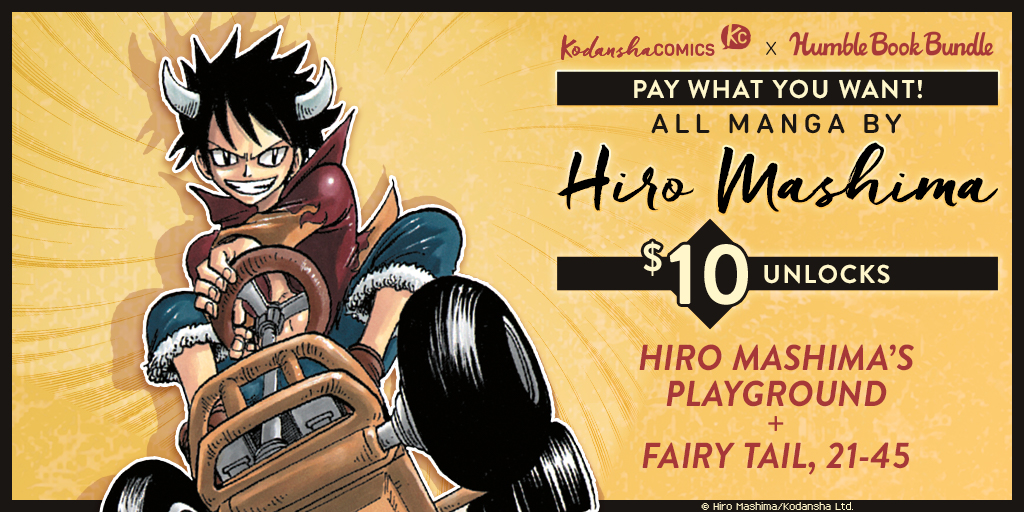 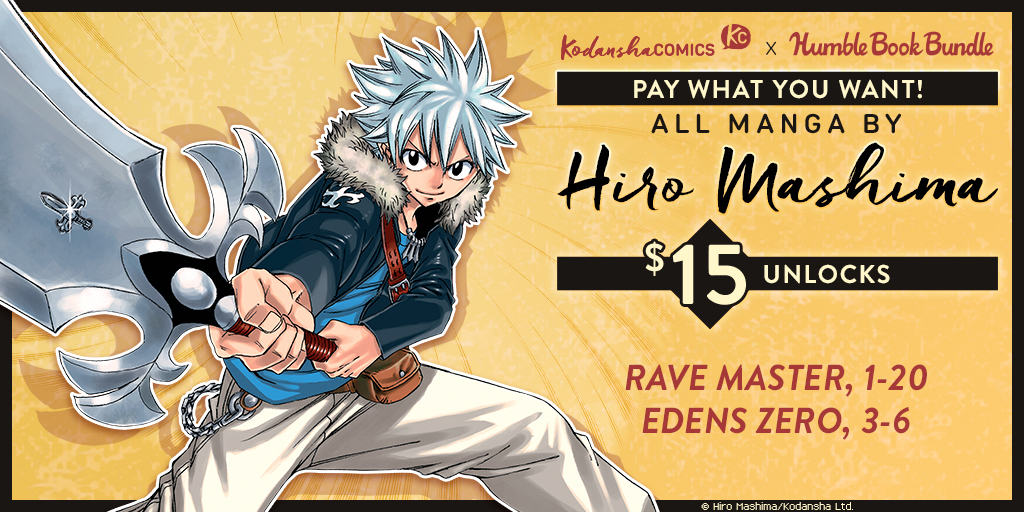 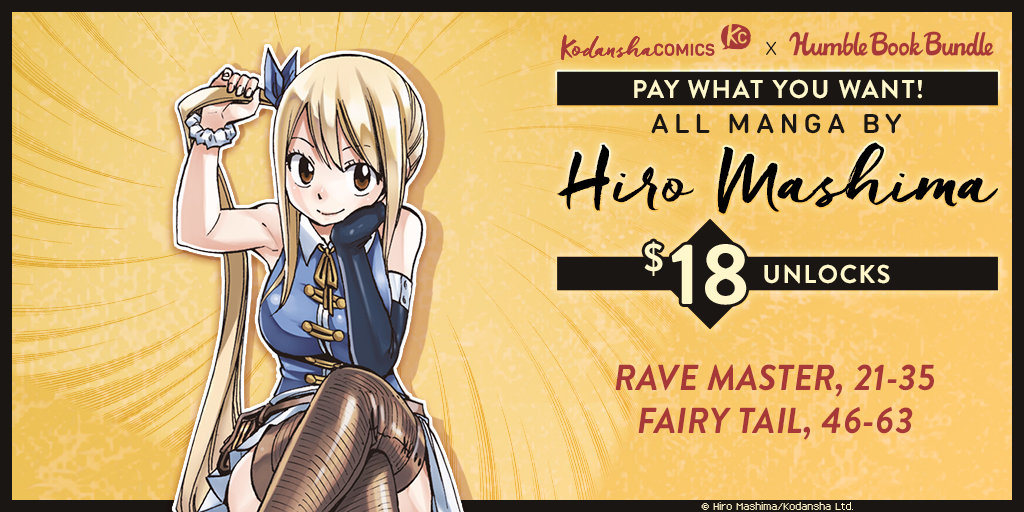 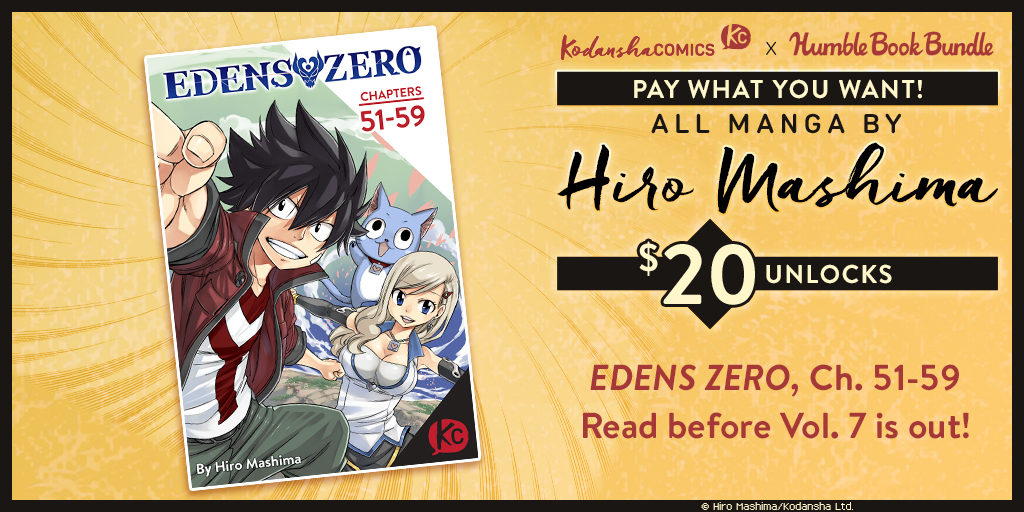