There’s nothing quite like the start of a new anime season. The hype surrounding new shows, finally getting to hear a cast of talented voice actors come together and best of all (in our biased opinion) seeing your favorite manga come to life!

This season, three of our hit titles are making their way to the small screen, and we couldn’t be more proud. They grow up so fast!

To celebrate, we’ll be offering discounts of up to 50% on a trio of new manga-to-anime titles this week: Drifting Dragons, In/Spectre and digital newcomer Smile Down the Runway! The sale is on at all of our online retail partners: Apple Books, BookWalker, comiXology, Google Play, Kindle, Kobo, MyAnimeList, and nook! Sale ends January 27! 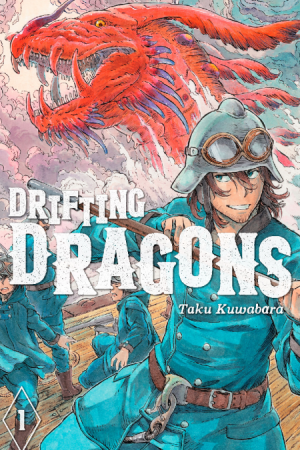 Watch it on NETFLIX!

Mika is a draker on the airship Quin Zaza. He earns his livelihood hunting the whales of the sky—dragons! The beautiful beasts are flying treasure troves, providing food and materials, and the Quin Zaza is among the last draking vessels. Mika’s not just a talented hunter; he’s also a gourmand with a refined palette and a taste for the exotic. Between his duties aboard the ship, his ambitions as an eater, and his new job training the rookie dragon hunter Takita, Mika’s days are never boring. But even with the lively crew of the Quin Zaza as his family, the nomadic life of a draker can be lonely and dangerous … 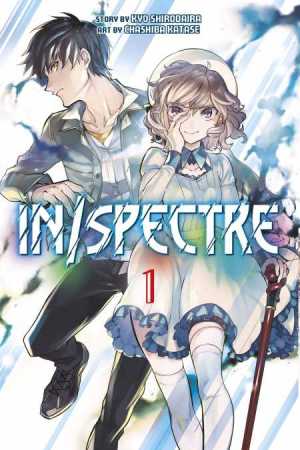 Watch it on Crunchyroll!

The new mystery thriller with a romantic edge from the creator of Blast of Tempest and The Record of a Fallen Vampire! Both touched by spirits called yokai, Kotoko and Kuro have gained unique superhuman powers. But to gain her powers Kotoko has given up an eye and a leg, and Kuro’s personal life is in shambles. So when Kotoko suggests they team up to deal with renegades from the spirit world, Kuro doesn’t have many other choices, but Kotoko might just have a few ulterior motives … 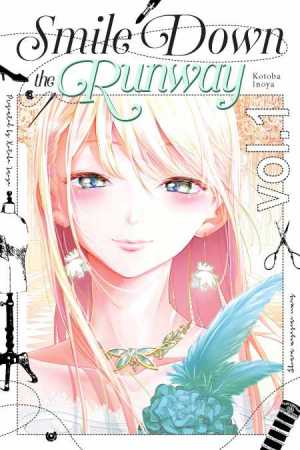 Smile Down the Runway

Watch it on Funimation!

A charming new comedy about a high-school girl chasing down the dream of becoming a high-fashion model. Her ambitions literally hit a ceiling, though, when she stops growing—and her only chance might be to team up with a talented-but-overlooked designer classmate! Chiyuki Fujito has a dream: to become a Paris Collection model. The problem is, she’s too short to be a model, and everyone around her tells her so! But no matter what they say, she won’t give up. Her classmate, a poor student named Ikuto Tsumura, also has a dream: to become a fashion designer. One day Chiyuki tells him that it’s “probably impossible” for him, causing him to consider giving it up … ?! This is the story of two individuals wholeheartedly chasing after their dreams in spite of all the negativity that comes after them!