Leave it to scientific advancements to save the day! Thanks to simulpub technology, we’re releasing the latest chapters of HERO’S—Hiro Mashima’s brand-new all-star manga crossover—and The Ghost in The Shell: The Human Algorithm the same day and time they hit newsstands in Japan!

HERO’S Chapter 1-6 are now available for purchase and download on comiXology and Kindle and BookWalker—for just 99-cents a chapter!

The Ghost in the Shell: The Human Algorithm gets started with Chapters 1-3 on the same platforms for $1.99 a chapter on November 20!

Get the jump on these while they’re coming out before the graphic-novel Volume 1s come out! 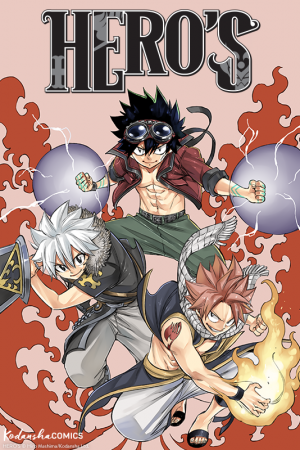 HERO’S
Discover HERO’S, the ultimate crossover in the Hiro Mashima universe, featuring your favorite characters from Mashima-sensei’s past megahits Rave Master, Fairy Tail, and Edens Zero! Yup, it’s true! The Fairy Tail guild are enjoying a well-deserved rest on True Island—an island known to contain all the truth of the secrets of the world—when Natsu gets drawn into the jungle by the smell of delicious fruit. There he encounters Shiki, a young boy who’s also after that same fruit, and the two get entangled! Will our heroes become friends—or enemies? Find out as all your old faves from three manga classics come together for the first time in this brand-new adventure! 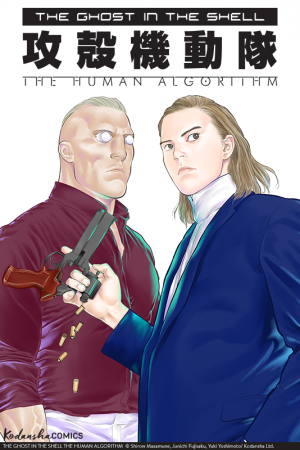 Want more simulpub action so you’re at the cutting-edge of the manga world?

Or available for download on comiXology, Kindle, and BookWalker!