So this year for Halloween yer gonna be … a devil … a witch … a knight … a cat in a swimsuit … ? Well, if you’re gonna be at Anime Weekend Atlanta for ‘ween weekend (October 31-November 3), you may want to dress up as a fire fighter, you know, because Kodansha Comics is teaming up with our good friends at Funimation to host the Fire Force Photo Booth!

Come to Booth #204 for an epic photo op with the members of Special Fire Force Company 8! (Yes! You’ll get to keep the photo evidence too!) Not only that, come EARLY, because the first 100 fans each day will get a special Benimaru button*!    *While supplies last. 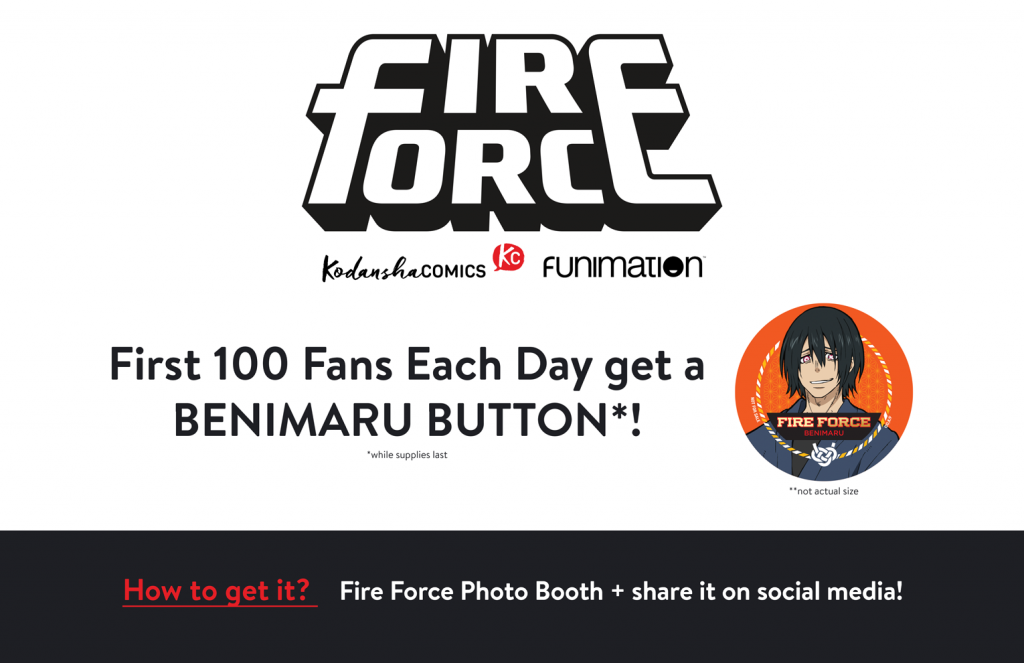 And if thou art a die-hard manga fan, come and check out out the Kodansha Comics Got Weird Manga Panel on Friday, November 1 at 1:45 p.m.-2:45 p.m. (CGC-Williams CDF)! … details 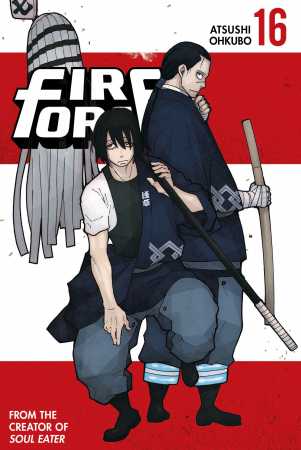 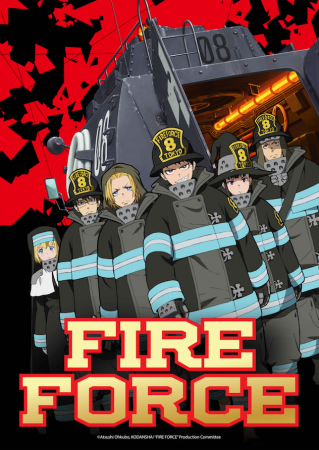 The Fire Force anime is streaming now on Funimation|NOW & Crunchyroll!

See you at AWA!