Kodansha Comics and Vertical made some exciting announcements about upcoming titles and events for 2019 and 2020! Plus, Hidemi Shiraki, the editor of Kodansha’s Young Magazine, joined the panel to introduce Kodansha Comics’s newest license announcement, The Witch and the Beast (scroll down below!), and the behind-the-scene process of making manga! 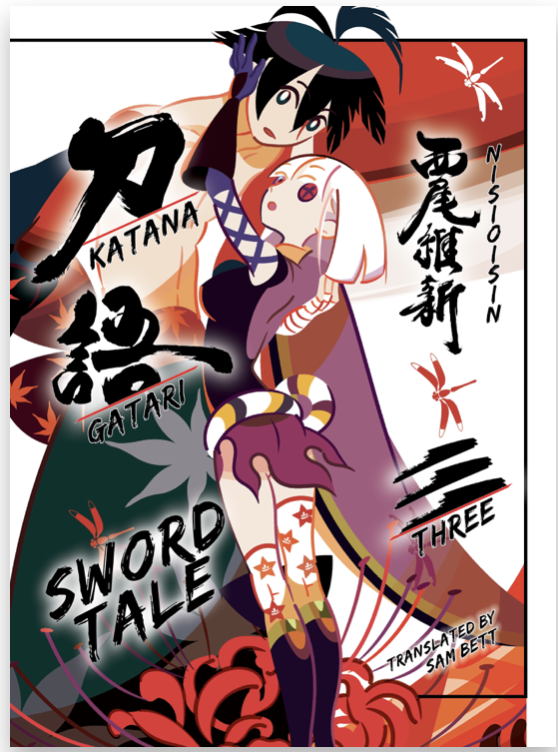 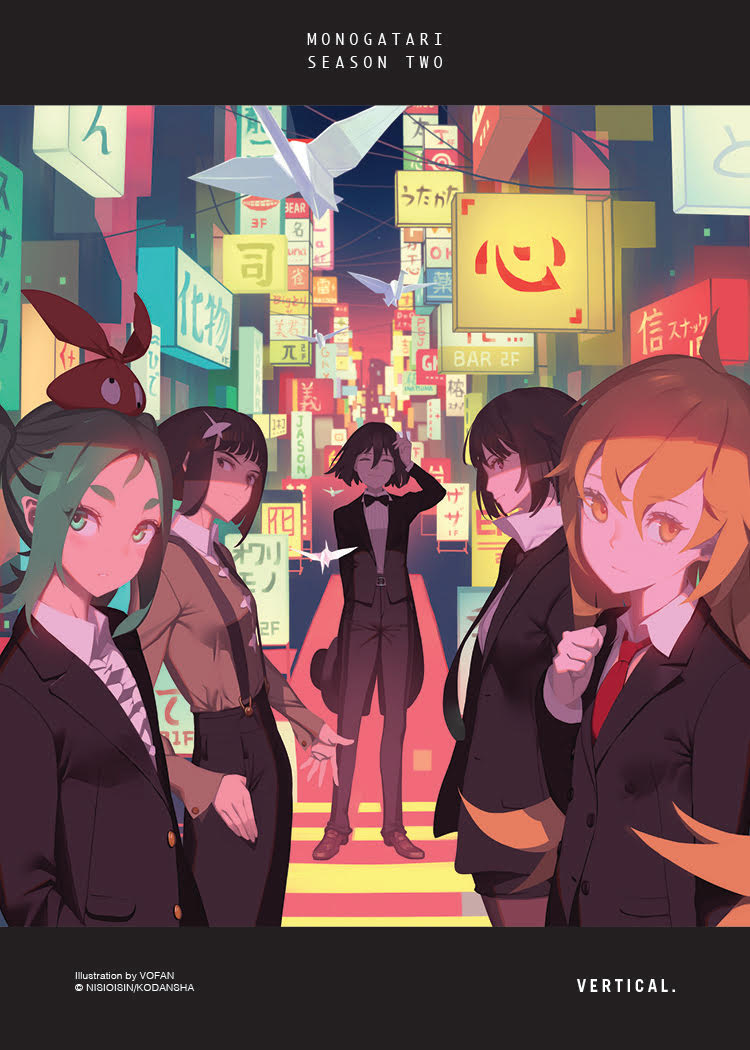 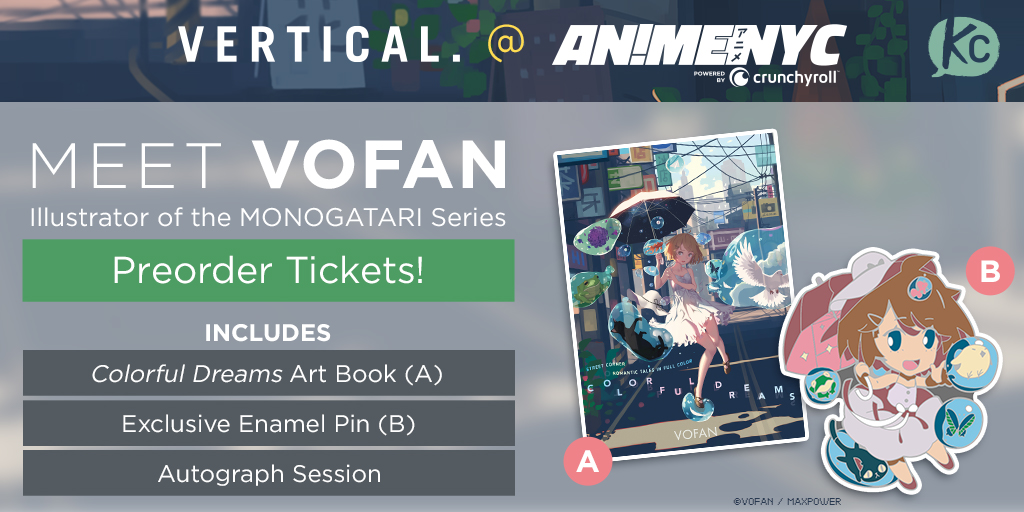 VOFAN coming to ANIME NYC!
Preorder a copy of VOFAN’s new artbook Colorful Dreams on Anime NYC’s website and get an exclusive enamel pin and ticket to the autograph session! More information on preorders coming soon! 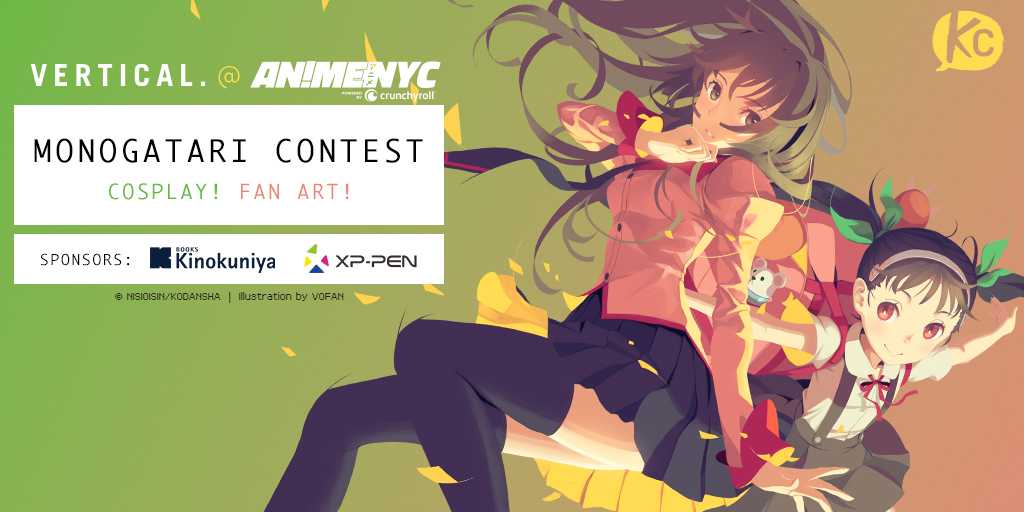 Join the MONOGATARI Contest between October 4-November 17!
Submit your fan art and cosplay photo online!
OR
Going to Anime NYC?

Cosplay as one of MONOGATARI characters and swing by the Vertical booth (Booth#1617) on Sunday, November 17 at 12:00 p.m.!
We’ll have VOFAN as an honorary judge—plus we’ll have special prizes for the contest winners onsite! 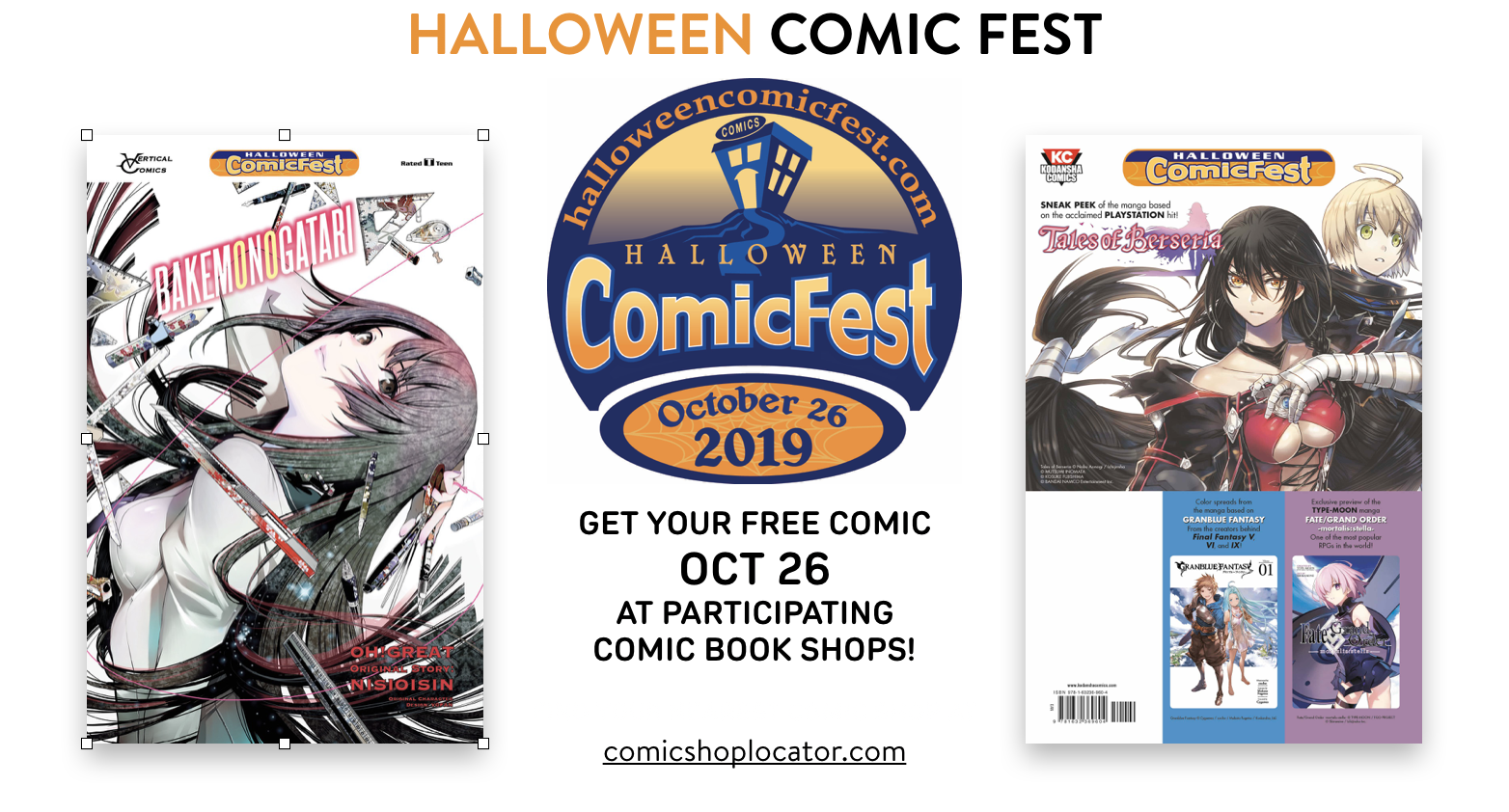 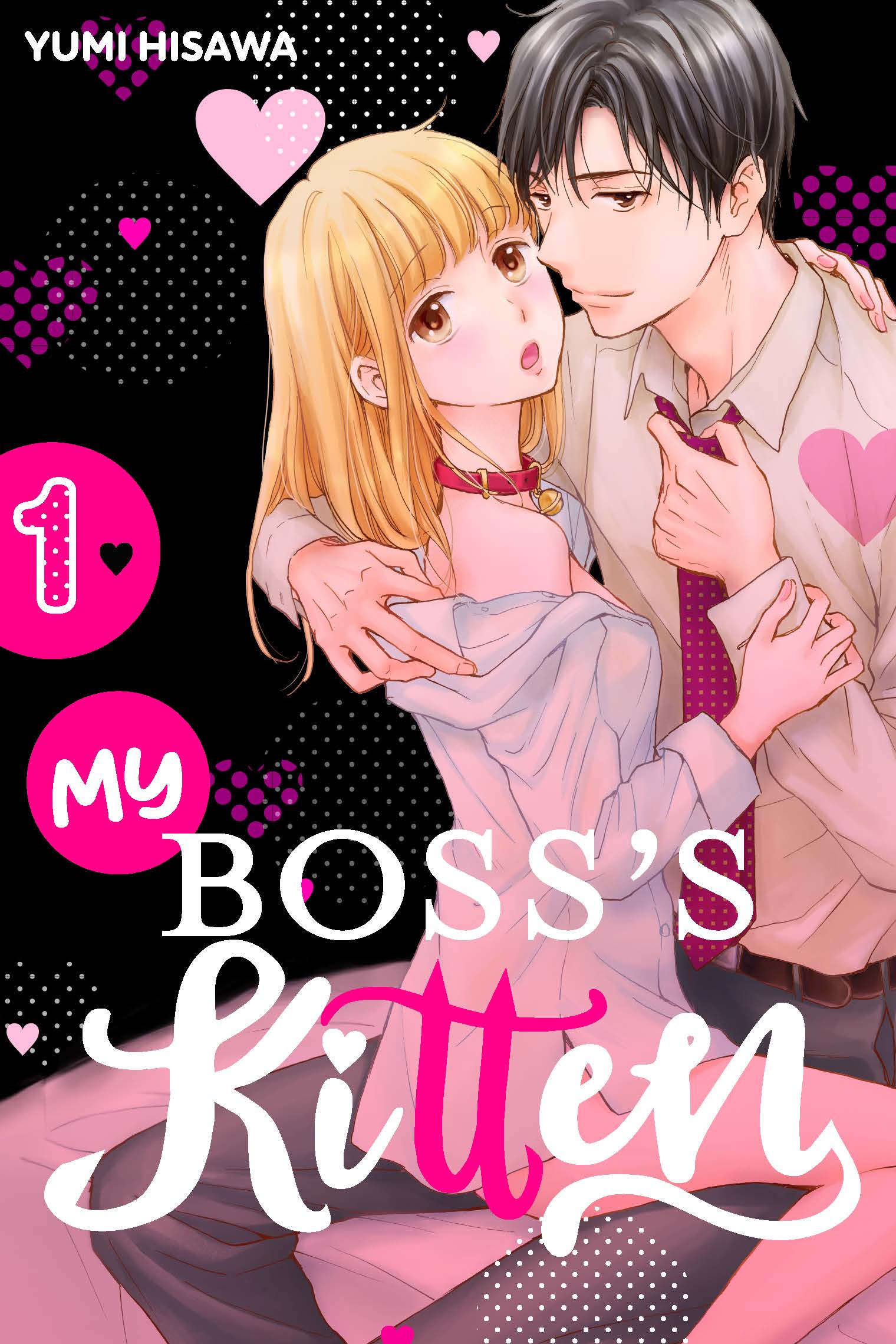 My Boss’s Kitten by Yumi Hisawa Aya was deserted right before her marriage and was left without a place to live. One day, she finds herself wandering back into the house she was supposed to own after her wedding. To her surprise, the cold-blooded boss she hates from work had moved in as the new owner! A dangerous love ignites under one roof between the girl who lost love and her sadistic boss! Coming October 15! Read Chapter 1 right here! 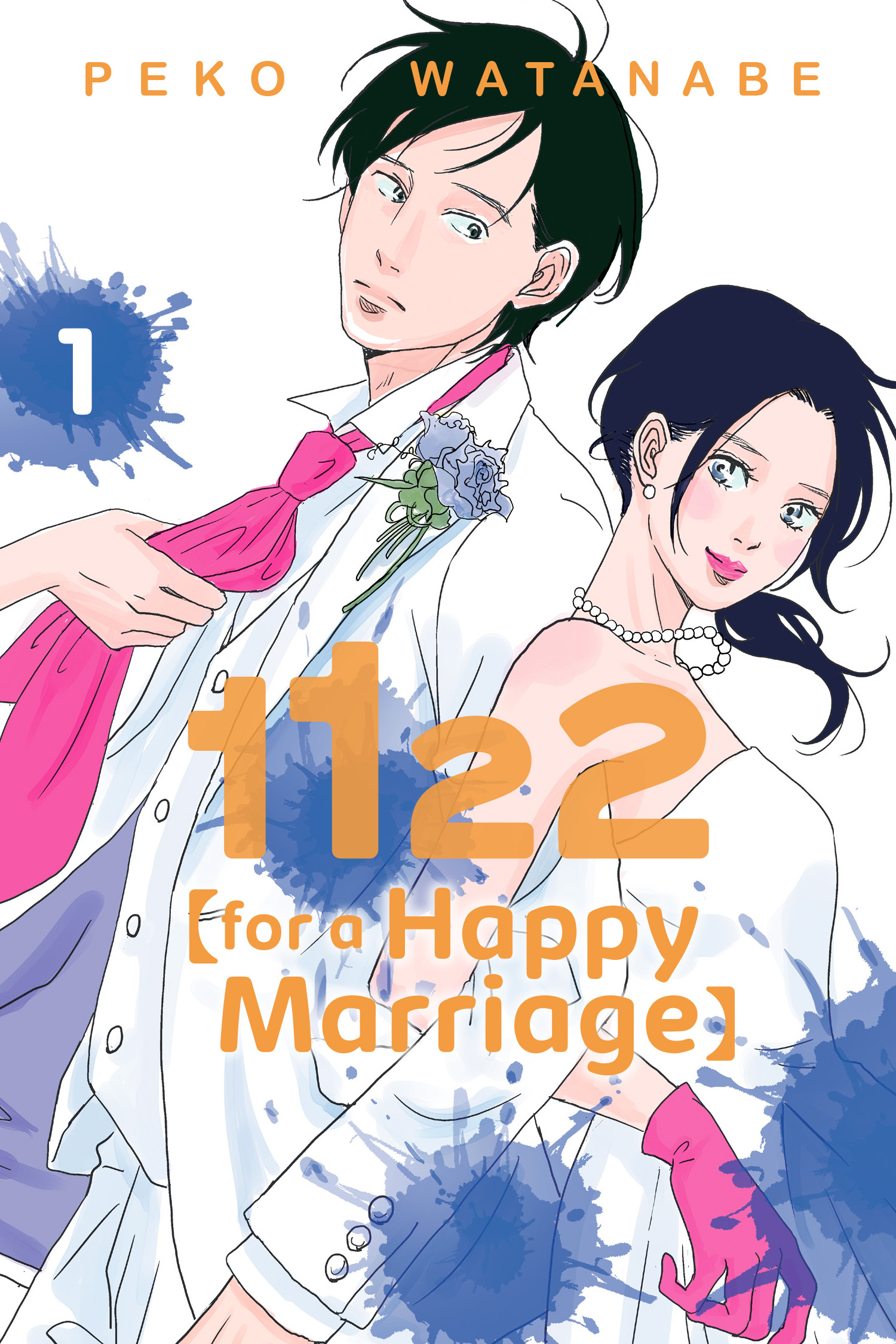 1122: For a Happy Marriage by Peko Watanabe Wife: Ichiko Aihara. Husband: Otoya Aihara. Married for seven years, they get along well, but sexless and without children, they agree to see other people. Otoya has an affair with Mitsuki, and Ichiko is aware of it. Looking at Otoya in a state of bliss with Mitsuki, Ichiko begins to change, too … Peko Watanabe tells a story of lies and truth—whether or not you ever want to get married, the real life of this thirtysomething couple might give you some second thoughts about that institution we call marriage! Coming October 22! 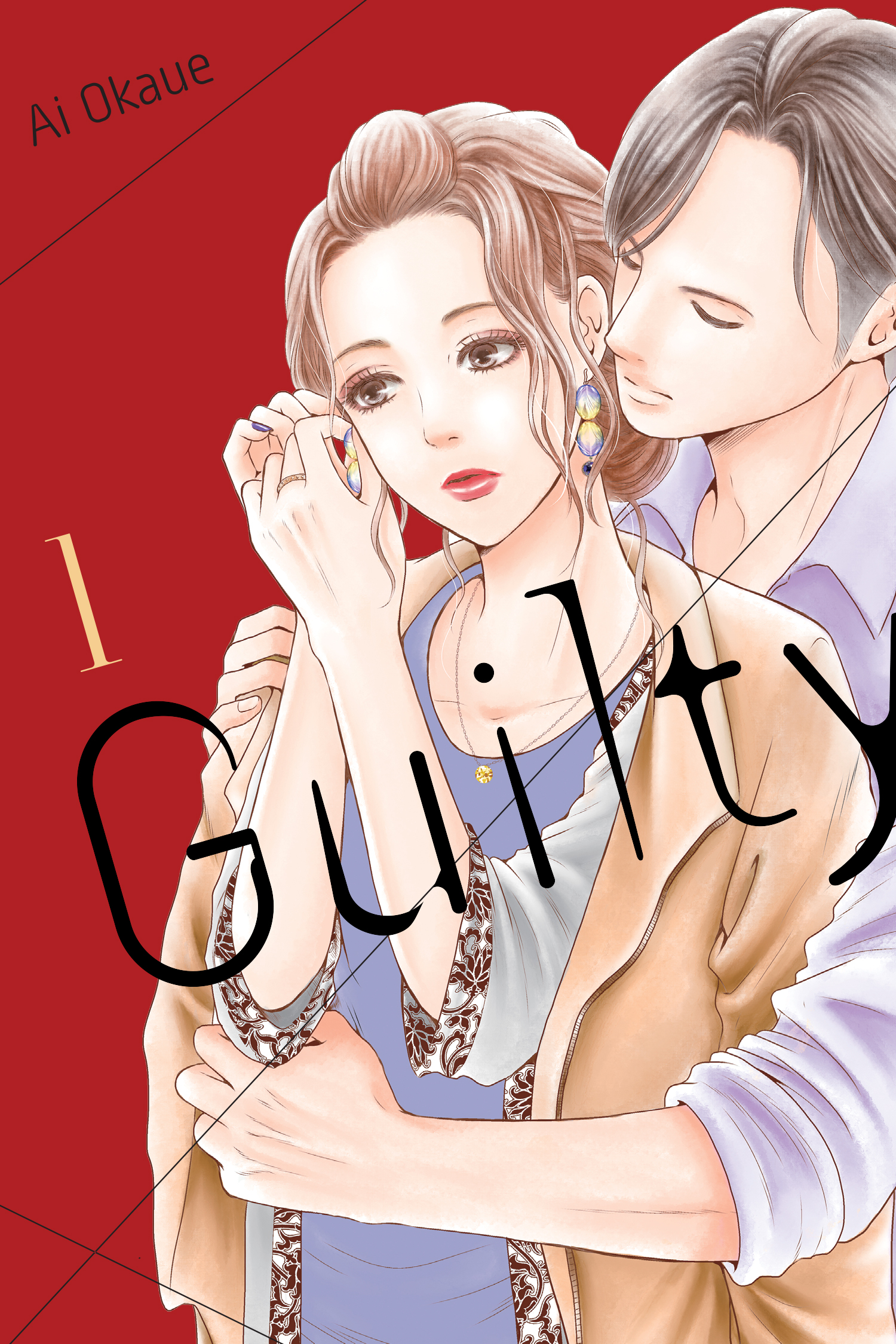 Guilty by Ai Okaue Affection, betrayal, desperation—love between grown-ups is never a rational thing. Sayaka, age 35, has lived with the perfect husband for ten years. Perfect, that is, except for his disinterest in raising a child—she wants one badly, but just can’t come clean to him about it. Instead she unloads her frustrations on her younger friend Rui at their favorite bar. They trust each other enough to talk about almost anything—but Rui has a secret she can’t even let Sayaka know about! Coming October 29! 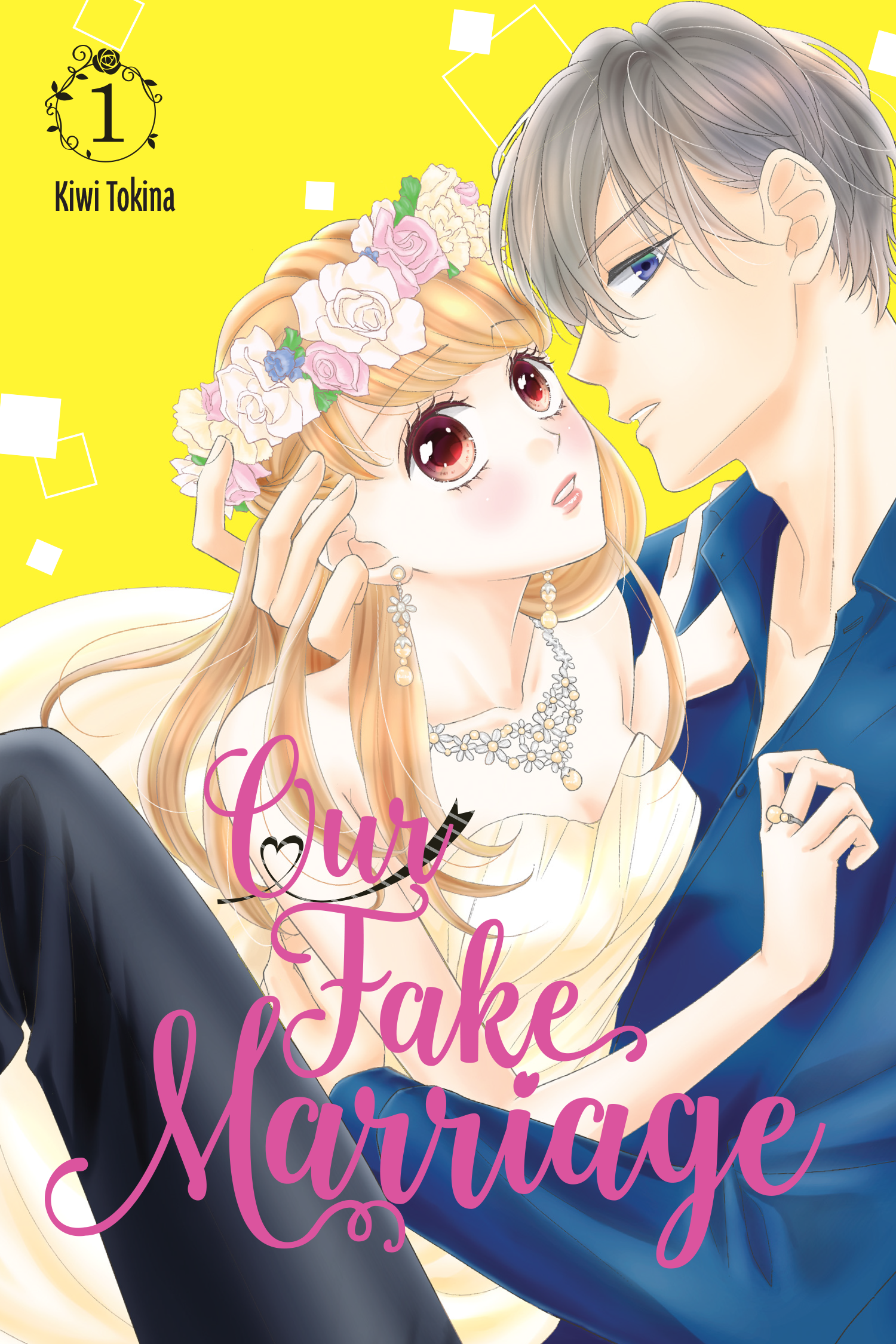 Our Fake Marriage by Kiui Tokina An ordinary girl, Yae, loses her home and job at age 29 and has nowhere to turn. But when she runs into a childhood friend, Takumi, he “proposes” she live with him in a high-rise condominium in the city, acting as his fake spouse … A tale of deceit … involving a handsome architect! Coming November 5! 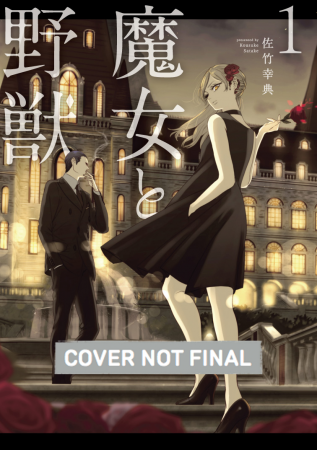 Special guest Hidemi Shiraki (editor for Young Magazine) revealed  The Witch and the Beast will be coming in print in 2020!

Ashaf and Guideau know one thing: “Wherever a witch goes, only curses and disasters follow.” But they have scores to settle, and they won’t hesitate to remove anyone in their way.

Artist Kousuke Satake makes a suave and explosive manga debut with a story of vengeance set in a stylish, art-deco urban wonderland that’s one part Fullmetal Alchemist and one part Cowboy Bebop.

The biggest pop-culture party in the Big Apple is happening October 3-6 at Javits Convention Center, and we here at Kodansha Comics will be there represent ourselves at the hometown show!

Join us at our panel (see below) to celebrate 10 Years of Kodansha Comics! Participate in Q&A and maybe you’ll win some awesome prizes!

Plus we’ll have exciting news and announcements to share with you—to be updated on this page soon after. So stay tuned!

The publisher of Sailor Moon, Attack on Titan, Akira, and many more celebrate our 10th year releasing manga in English, with new and upcoming Kodansha and Vertical releases, free samplers, prizes, and Q&A with the people behind all your favorites. Get insider info straight from Japan!