“Digital-first” debuts are back! And with spring in the air (not that far off!), we’ve more romance-oriented goodness, including a new lower-priced format for those of ya looking for walks on josei‘s wilder side …

Our “digital-firsts” have gotten the jump on everything from the new-and-improved translation of Battle Angel Alita to new volumes of never-finished classics like BECK to the first appearance of current hits like Tokyo Tarareba Girls and Grand Blue Dreaming. The success of our digital-firsts program has allowed us to continue building a rapidly expanding English-language manga library based on diversity of content, regular and quick releases, and commitment to completing series—and with our 2019 debuts, each series will see one new volume published per month, until the series is completed or we catch up to the latest Japanese release. 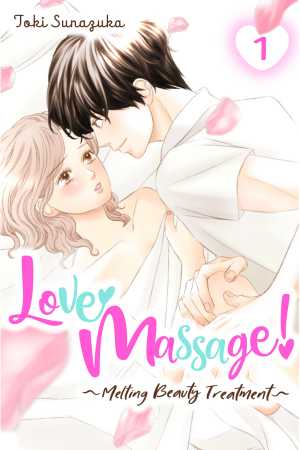 Love Massage: Melting Beauty Treatment by Toki Sunazuka (release date March 12) Shiho’s job is going fine, but she has no lover or friends to hang out with. In the middle of all this, she’s been calling for in-home massages as a means to fill the void, when one day she meets a handsome masseur named Toudou. With his delicate touch, he makes her body and mind melt. However, the very next day he shows up at her company … ? Here’s a saucy story of a single office worker and one handsome masseur who fall in love! Published in Japan in 4 volumes (still ongoing) under the Japanese title Rabu momi! Torukeru esute. English volumes will be released monthly until caught up to Japan. Each volume of this series comes as a 130~160-page digital edition, priced at the special suggested retail price of $6.99 per volume. Read a free preview by clicking on cover (above). 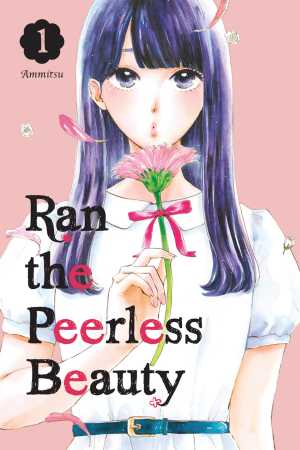 Ran the Peerless Beauty by Ammitsu (release date March 19) Ran is beautiful and stylish, with leading scores in her class. No boy on Earth would have the gall to try their hand with her, and no one would think that she’s so entirely innocent… except Akira. Join us in this innocent love story about Rin the “mountaintop flower” and Akira, whose parents own a flowershop. This pure love blooms in Volume 1 of Ran the Peerless Beauty! Published in Japan in 5 volumes (ongoing) under the Japanese title Takane no Ran-san. English volumes will be released monthly until caught up to Japan. Read all of Chapter 1 for free by clicking on cover (above). 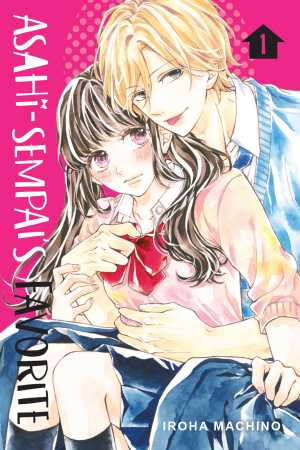 Asahi-sempai’s Favorite by Iroha Machino (release date March 26) High schooler Matsuri has an unexpected encounter with her brother’s friend, Asahi-sempai, who also happens to be a popular boy at her school. From then on, Asahi-sempai makes passes at her at school or even at her own house! Wherever Matsuri might be, there’s just no escaping him … Every day with the somewhat perverse Asahi-sempai is an unbelievably stimulating experience for Matsuri, and she can’t help but be flustered!! This is the long-awaited first volume of an intimate love story, featuring a sweet and playful sempai! Published in Japan in 4 volumes (ongoing) under the Japanese title Asahi-sempai no okiniiri. English volumes will be released monthly until caught up to Japan. Read all of Chapter 1 for free by clicking on cover (above).

More for March: print debuts!
That’s not all! On March 19, as previously announced, we’ve got a couple more debuts—both Gleipnir and Love in Focus will be available in both print and digital editions! 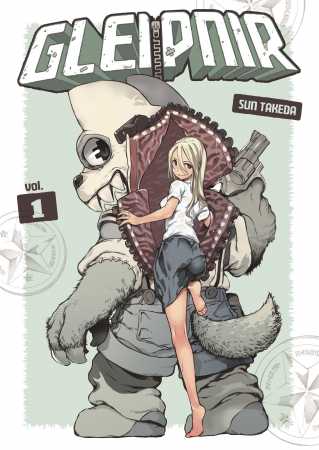 Gleipnir by Sun Takeda (release date March 19) A dark and sexy body-horror action manga perfect for fans of Prison School and High School of the Dead! Shuichi Kagaya is an ordinary high school kid in a boring little town. But when a beautiful classmate is caught in a warehouse fire, he discovers a mysterious power: he can transform into a furry dog with an oversized revolver and a zipper down his back. He saves the girl’s life, sharing his secret with her. But she’s searching for the sister who killed her family, and she doesn’t care how degrading it gets: she will use Shuichi to accomplish her mission … Read a free preview by clicking on cover (above). 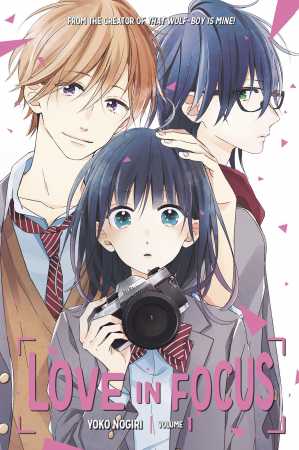 Love in Focus by Yoko Nogiri (release date March 19) From the creator of New York Times bestselling manga That Wolf-Boy Is Mine! comes a feel-good romance about a teenage girl whose passion for photography leads her to a new school, a new dorm, and a new love triangle! Mako’s always had a passion for photography. When she loses someone dear to her, she clings to her art as a relic of the close relationship she once had … Luckily, her childhood best friend Kei encourages her to come to his high school and join their prestigious photo club. With nothing to lose, Mako grabs her camera and moves into the dorm where Kei and his classmates live. Soon, a fresh take on life, along with a mysterious new muse, begin to come into focus! Read all of Chapter 1 for free by clicking on cover (above). 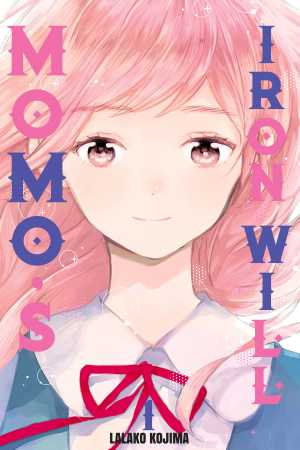 Momo’s Iron Will by Lalako Kojima (release date April 2) The pure and upstanding Momo Inuwashi absolutely adores her brothers, even to a fault! She’s created a castle to protect them and would die to defend it. But … Tamaki Yugenji has found a crack in the walls! Can he throw these siblings’ lives into chaos and expose the terrible secret Momo is hiding even from her brothers? Find out how this four-way romantic mess pans out in the new series, Momo’s Iron Will! Published in Japan in 2 volumes (ongoing) under the Japanese title Inuwashi momo wa yuruganai. English volumes will be released monthly until caught up to Japan. 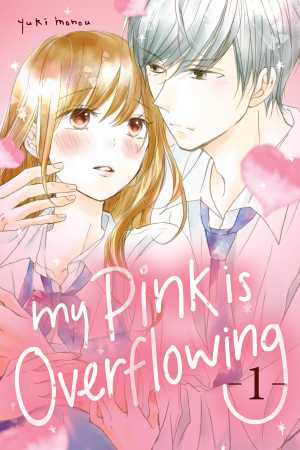 My Pink Is Overflowing by Yuki Monou (release date April 9) Himari’s a waitress with terrible luck with men, always getting compared to other women and cast aside by those she falls in love with. Thanks to a weakness for men in white dress shirts, though, she can’t help but be attracted to her handsome manager. However, sick of being heartbroken, she vows instead to only date inexperienced men so she won’t be compared to other women. She goes to a mixer and gets acquainted with someone she thinks could be the one, but it turns out he’s only got one thing on his mind … Then she has an unexpected encounter with her manager on the street, and the two of them end up at a love hotel, where she discovers … Published in Japan in 2 volumes (ongoing) under the Japanese title Atashi no pink ga afurechau. English volumes will be released monthly until caught up to Japan. Each volume of this series comes as a 130~160-page digital edition, priced at the special suggested retail price of $6.99 per volume.