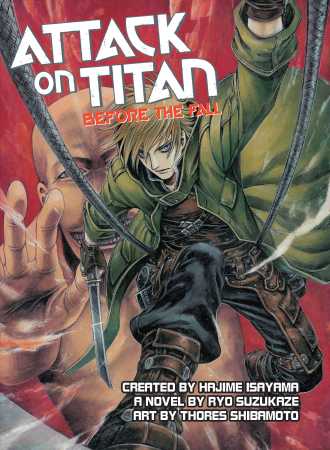 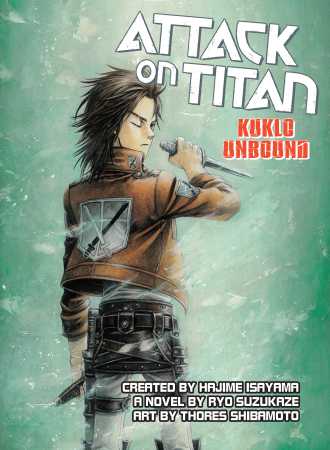 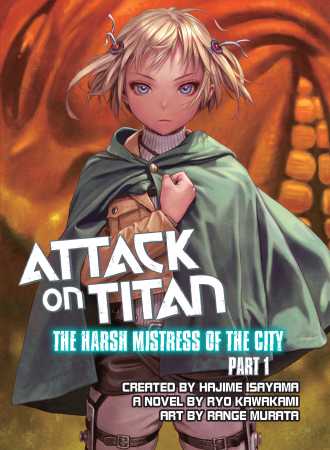 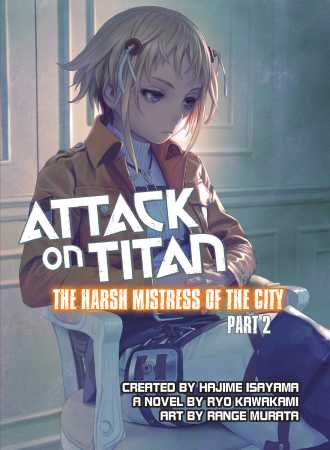 So what are they about?
The Attack on Titan light novels officially take place in the same universe as the main manga series, except the timeline and characters are a bit different. Attack on Titan: Before the Fall is a prequel to the main manga series and the basis for the Attack on Titan: Before the Fall manga. It’s about the earlier days of mankind living in fear of the Titans, and how, to combat them, people created the Vertical Maneuvering Equipment.  Attack on Titan: The Harsh Mistress of the City is a 2-part novel series about a young commander (and one strong female protagonist!) Rita who is on a mission to reconnect a small district that was cut off from the rest of civilization when Wall Maria was destroyed by the Titans.

Which means, the continuity between the light novels and manga stories is legit! Read both light-novel series to fully connect up with the Attack on Titan manga universe.

Attack on Titan: Before the Fall

The first prequel novel to Attack on Titan—and the basis of the Attack on Titan: Before the Fall manga series—detailing the origins of the devices that humanity developed to take on the mysterious Titans.

Before the fall, and before the trials of “the Titan’s son” Kuklo, a young smith by the name of Angel Aaltonen grappled with the giants as only a craftsman could … This story predates where the Attack on Titan: Before the Fall manga series begins.

In this novel we are introduced to Kuklo, who is found as a baby crying in a mass of Titan vomit, amidst dead Titan corpses. Called “a child of Titan” and essentially hated by the people inside the walls, Kuklo despite his horrible beginnings and a single-functioning eye, also seems to grow unnaturally fast. He parts himself from his past and gambles on the fate of humanity by enlisting in the Survey Corps. And here with his strength and determination Kuklo survives and thrives.

But to accomplish his goals he must get his hands on the Vertical Maneuvering Equipment. Although the gear is still imperfect and causes a troublesome incident for him, whether it is because it is his fate—or because of his past—he finds he is able to fight against the Titans.

Attack on Titan: The Harsh Mistress of the City Part 1

An Attack on Titan side story in light-novel form—detailing in two volumes the fate of the Quinta District after Wall Maria is breached.

With Wall Maria breeched, communities within the Quinta district have been cut off from each other creating famine and chaos. A young field commander named Rita is tasked with a mission to reconnect transit across the massive district while putting her troops and residence right in the vanguard as Titans descend on her town.

Attack on Titan: The Harsh Mistress of the City Part 2

In the concluding half of this side story, Rita Iglehaut, acting commander of the local forces, struggles to turn her isolated hometown into something of a city of its own. Her draconian methods, however, shock the residents, not least Mathias Kramer, her childhood friend.