Seems like forever we’ve waiting for this moment. But it’s FINALLY HAPPENING. The new season of the Attack on Titan anime kicks off  July 21! If you’re keeping up with the manga by Hajime Isayama, you know this is possibly going to be the most exciting season yet!

This Attack on Titan Season 3 event immediately follows up the recap movie with a special presentation of Season 3 Episode 1 of the series. This North American world premiere will be the first ever for the franchise and is a must-see event for U.S. and Canadian fans to experience Attack on Titan Season 3 nearly two weeks before the series’ scheduled television debut in Japan on July 22. 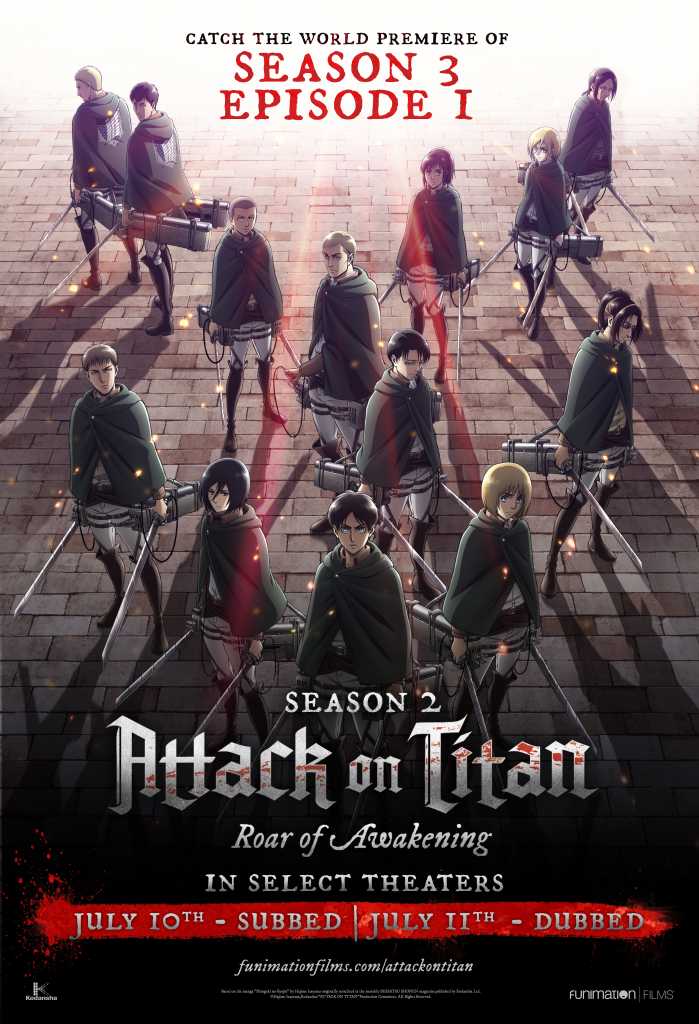 Click here to find the participating theater near you & buy tickets!