The Ghost in the Shell, Battle Angel Alita, The Seven Deadly Sins … You may recognize these titles from their anime or live-action adaptations, but didja know (you did, didn’t you?) that the story started here at Kodansha Comics—as manga?

Starting Wednesday June 6, Kodansha Comics and Humble Bundle team up again to present you our BIGGEST manga bundle yet, Humble Manga Bundle x Kodansha Comics: Manga to Anime. That’s $800+ worth of digital manga including a complete series of The Ghost in the Shell and its spinoff series Ghost in the Shell: Stand Alone Complex, Battle Angel Alita, and Inuyashiki. Not to mention you can catch up to the most recent story arcs  of series like The Seven Deadly Sins and Ajin (both as seen as anime on Netflix)—so you know what happens beyond what’s been anime-ated thus far. So how does it work?

Name your price. Together, the books in this bundle usually cost as much as $800. At Humble Bundle, though, you choose the price!

Support charity. Choose where the money goes—among Kodansha Comics and our preselected charity The Comic Book Legal Defense Fund—or, if you like, a charity of your choice—via the PayPal Giving Fund. For details on how this works, click here. If you like this bundle or like what Humble Bundle does, you can leave a Humble Tip too. 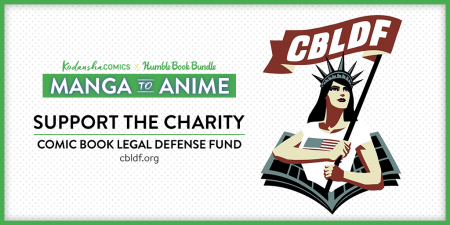 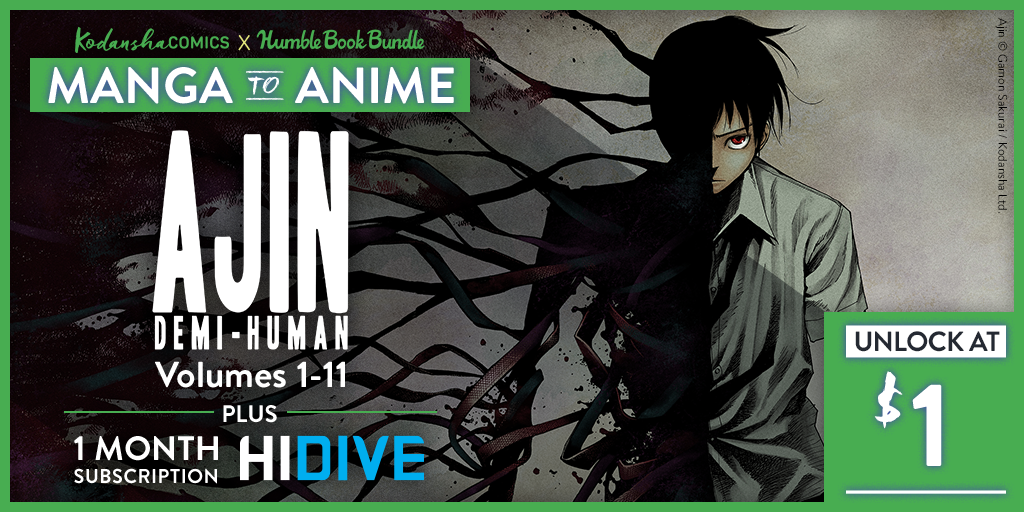 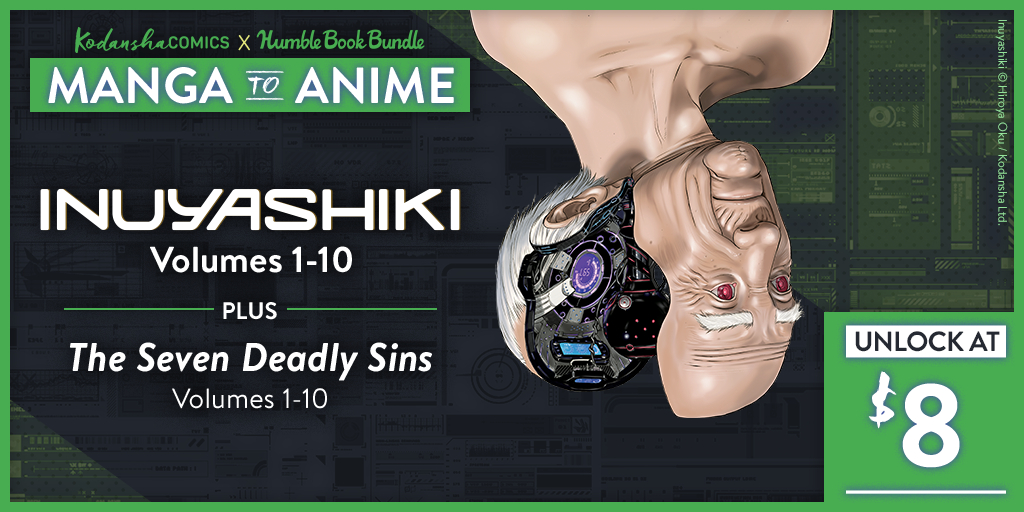 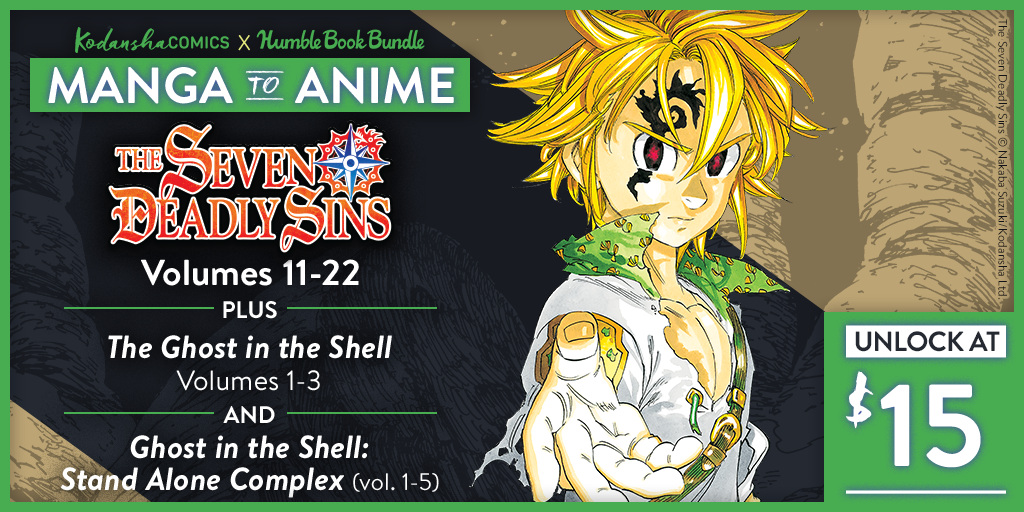 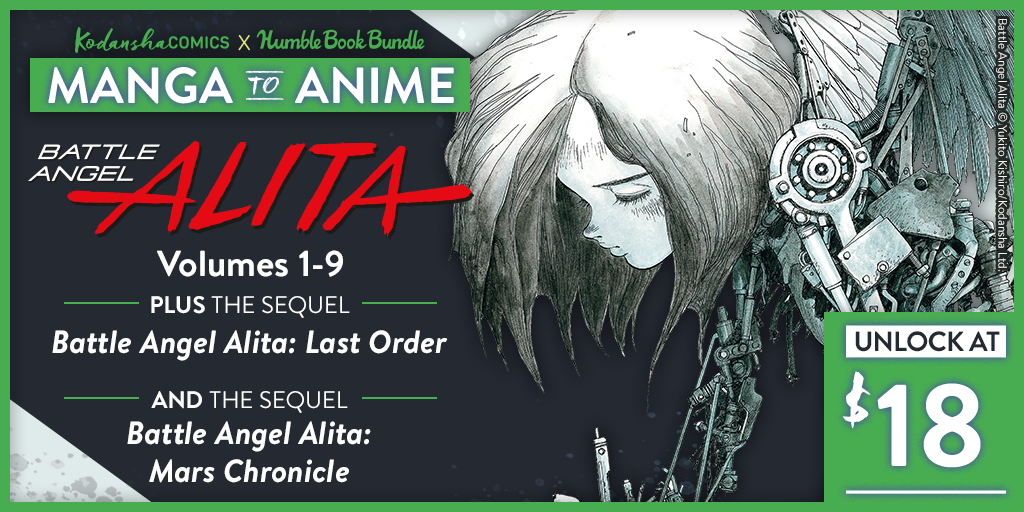 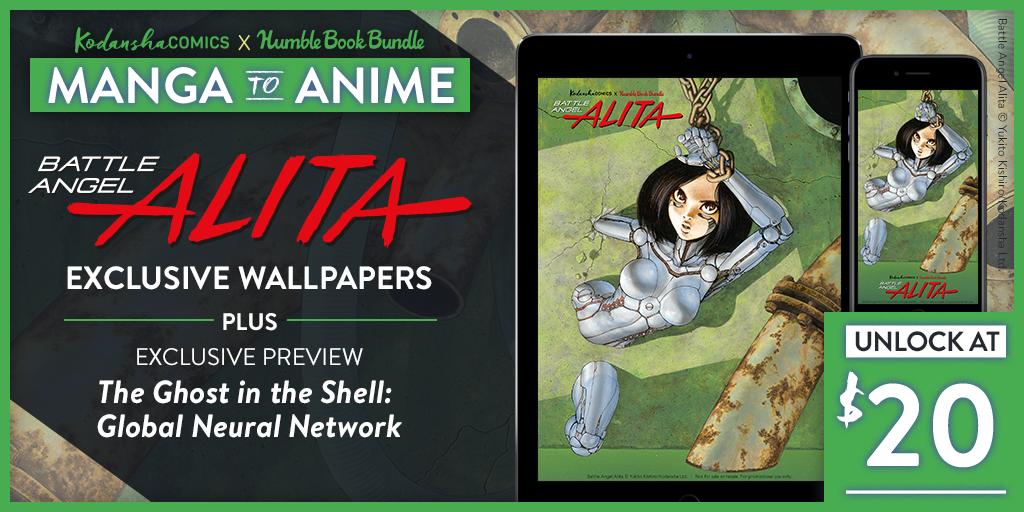