Time for spring training—an exciting season, as everybody knows, for sports fans AND manga fans, because this week only, we’re hosting the Kodansha Comics Sports Manga Sale at all of our digital retail partners: BookWalker, comiXology, Google Play, iBooks, Kindle, Kobo, and nook.

Y’know, you’d be surprised by all the different types of sports (are they sports?) that’ve been manga-ized by Kodansha Comics! Check out the full roster below: 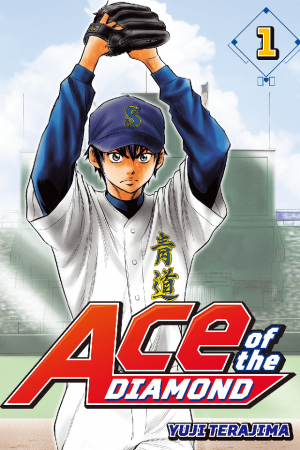 Ace of the Diamond by Yuji Terajima

Eijun Sawamura had his heart set on the middle-school national baseball championships. But his team is eliminated thanks to a wild pitch thrown by Eijun himself. He’s planning to go to high school with his teammates and try again next year when he’s scouted by the famous Seido High School baseball team. When he goes for a campus visit, he finds himself on the receiving end of a baptism by fire! His experience forming a battery with up-and-coming catcher Miyuki rekindles his passion for baseball!! 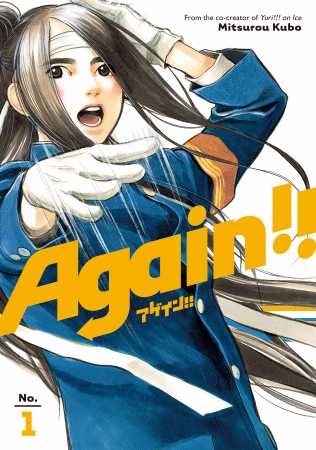 From superstar creator Mitsurou Kubo (original concept and character designs for Yuri!!! on Ice) comes a dramatic, funny, time-traveling high school story about what it means to cheer on a friend! What would you do if you had the chance to do everything… again?

Kinichiro isn’t even that bad. It’s just that on the first day of high school, his eyes made him look shifty, so people assumed he was trouble. Now it’s graduation, and he’s looking back on three years with no friends. He never even joined a club. But after a bloody collision and an accidental fall, he wakes up a high school freshman, with the chance to try it all over… AGAIN!! 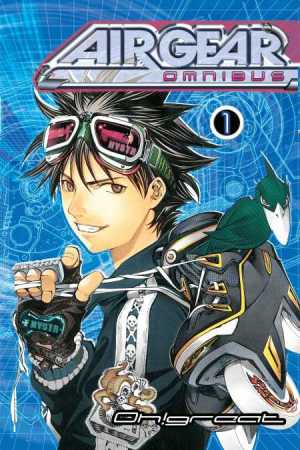 Ikki Minami is a junior high school student with a dream—to become the best Air Trek rider in town. It won’t be easy, as he faces a lot of competition from boys and girls alike. What is Air Trek? Just the latest craze that involves taking a two-wheel inline skate and adding a motor, suspension, and a shock absorber to enable the wearer to execute the wildest, wackiest, most aggressive moves you can imagine. Ikki has a lot to learn as he fights his way to the top in this wild, sexy manga from the creator of Tenjho Tenge! 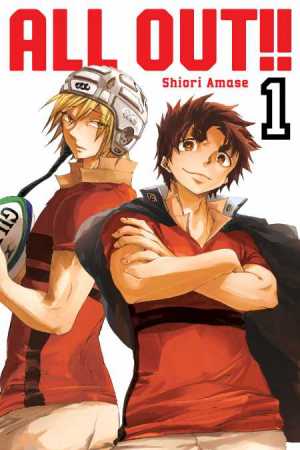 All Out!! by Shiori Amase

Kenji Gion has always had a complex about his height. On his first day of high school, he meets the giant Iwashimizu and a certain ball game: rugby. This classic shonen manga of youth and high school rugby starts now! 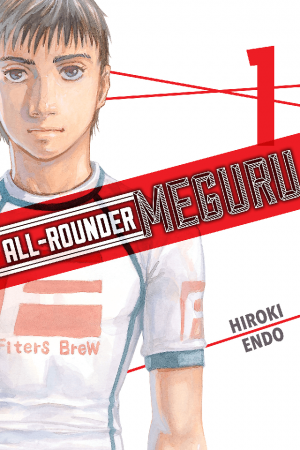 A smashing MMA manga from the critically acclaimed creator of Eden: It’s a Endless World!

High schooler and budding Shooto mixed martial arts fighter, Meguru Takayanagi, reunites with his old friend from grade school, Takashi Segawa, in the ring for the first time in seven years. However, while the two used to be good friends, due to the difference in their upbringings, Takashi now sees Meguru as an enemy. Without a moment of joy to commemorate their reunion, the old friends’ match begins … Eden: It’s an Endless World!‘s Hiroki Endo brings you a new tale of Shooto, MMA, and youth! 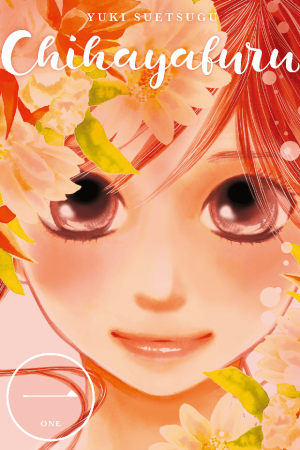 Chihaya is a girl in the sixth grade, still not old enough to even know the meaning of the word zeal. But one day, she meets Arata, a transfer student from rural Fukui prefecture. Though docile and quiet, he has an unexpected skill: his ability to play competitive karuta, a traditional Japanese card game.

Chihaya is struck by his obsession with the game, along with his ability to pick out the right card and swipe it away before any of his opponents. However, Arata is transfixed by her as well, all because of her unbelievable natural talent for the game. Don’t miss this story of adolescent lives and emotions playing out in the most dramatic of ways! 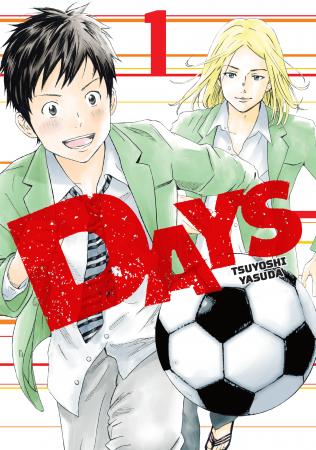 From Tsuyoshi Yasuda (Over Drive) comes the most exciting soccer manga in the world!

During his last spring break before starting high school, Tsukushi Tsukamoto meets Jin Kazama, who invites him to a pick-up soccer game. Their chance meeting, and his first-ever experience with soccer, move kind-hearted, timid Tsukushi to enroll in his new high school’s soccer club, which is among the strongest in all of Japan. Unbeknownst to the rest of the world, there’s something amazing hidden inside Tsukushi’s heart … and through his trials and tribulations in the soccer club, it’s beginning to blossom! 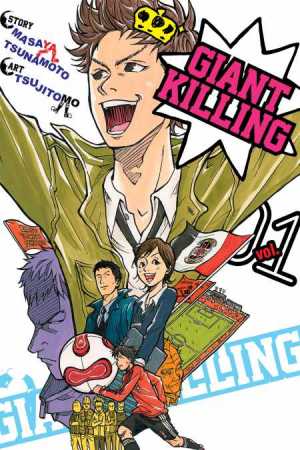 A truly great coach makes the game of soccer interesting! Tatsumi Takeshi is 35 and has spent the last few years coaching in England before being brought back to Japan to coach his old team. His favorite pastime? Causing giant upsets—aka Giant Killing! 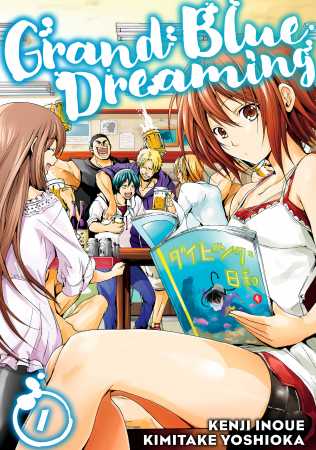 After moving out on his own to a seaside town, Iori Kitahara makes a college debut he never anticipated. A new chapter of his life unfolds, full of diving with beautiful girls and shenanigans with a gaggle of lovable bastards! Idiot-expert Kenji Inoue and au naturel authority Kimitake Yoshioka bring you a glorious college tale filled with booze-fueled antics! 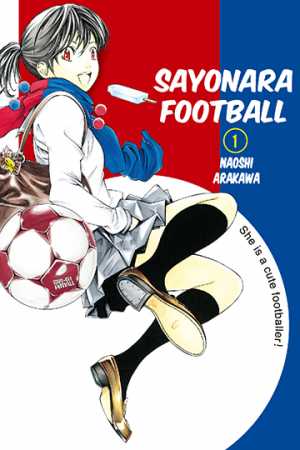 Before Farewell, My Dear Cramer (Arakawa’s current series) and Your Lie in April,  there was … Sayonara, Football, Naoshi Arakawa’s breakthrough soccer manga!

14-year-old Nozomi Onda has only one thing on her mind: playing beautiful soccer. There’s just one problem: no matter how much she longs to participate in official matches, she’d have physically superior boys as opponents. But when a boy from her past confronts her on the street, she decides she can’t wait any longer. 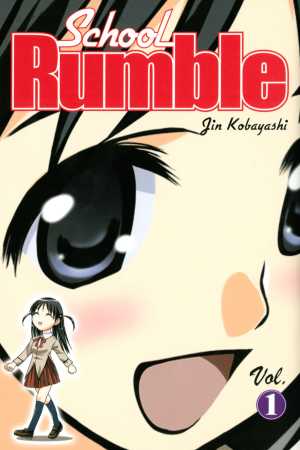 She … is a second-year high school student with a single all-consuming question: Will the boy she likes ever really notice her? He … is the school’s most notorious juvenile delinquent and he’s suddenly come to a shocking realization: He’s got a huge crush, and now he must tell her how he feels. Life-changing obsessions, colossal foul-ups, grand schemes, deep-seated anxieties, and raging hormones—School Rumble portrays high school as it really is: over-the-top comedy! 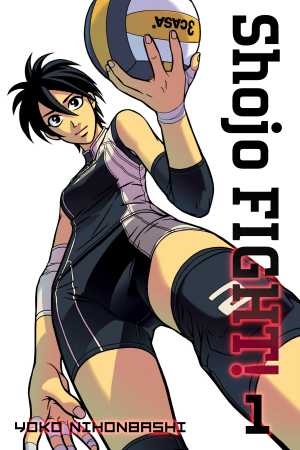 Ever since that day, Neri Oishi’s resolved not to make friends. She’s fifteen years old and plays volleyball at Hakuunzan Private Academy Middle School, which is known for producing top players of the sport. Neri’s doing everything she can to hold herself back, including hiding that she was the captain of a team that took second place in a national tournament when she was in elementary school. While she’s immersed in this team sport, why should Neri have to kill herself? What keeps her from quitting volleyball in spite of that? Get ready for an ensemble volleyball drama! 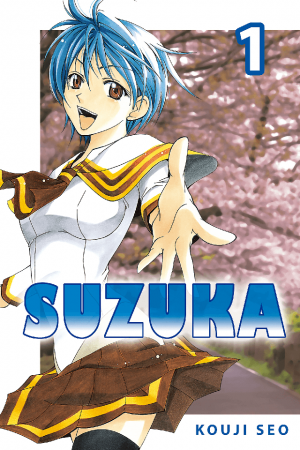 Yamato is ready for a fresh start. So when his aunt invites him to stay rent-free in her big-city boarding house in hustling, bustling Tokyo, Yamato jumps at the chance. There’s just one teensy-weensy catch: it’s an all-girl housing complex and spa! Things get even more nerve-racking when Yamato meets his neighbor Suzuka, a beautiful track-and-field star. She’s not just the cutest girl Yamato’s ever met, she’s also the coolest, the smartest, and the most intimidating. Can an ordinary guy like Yamato ever hope to win over a girl like Suzuka? 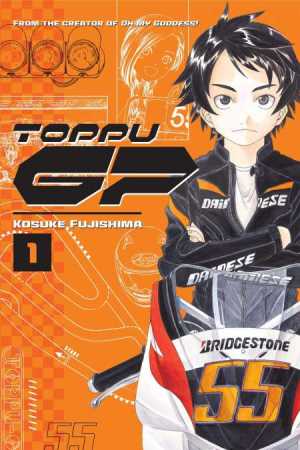 The new racing thrill ride from the creator of Oh! My Goddess and Paradise Residence!

Toppu Uno never wanted to race motorcycles. He was perfectly content watching his sister ride—with his eagle eyes, he knew her lap times before the the stopwatch did. When he’s convinced to take a ride on a minibike for the first time, his hours of observation translate into instant skill on the track. But turning a quick lap and winning a race are two very different things, and Toppu’s got a long way to go before he’s ready for the big leagues: MotoGP, the highest level of two-wheeled road racing. 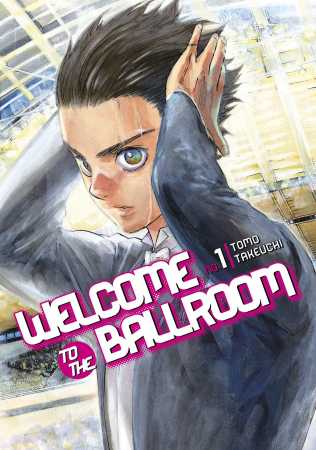 Welcome to the Ballroom by Tomo Takeuchi

An action-packed battle manga … with ballroom dance?! Enter the thrilling (no really!) world of Dancesport!

Feckless high school student Tatara Fujita wants to be good at something—anything. Unfortunately, he’s about as average as a slouchy teen can be. The local bullies know this and make it a habit to hit him up for cash, but all that changes when the debonair Kaname Sengoku sends them packing. Sengoku’s not the neighborhood watch, though. He’s a professional ballroom dancer. And once Tatara Fujita gets pulled into the world of the ballroom, his life will never be the same!