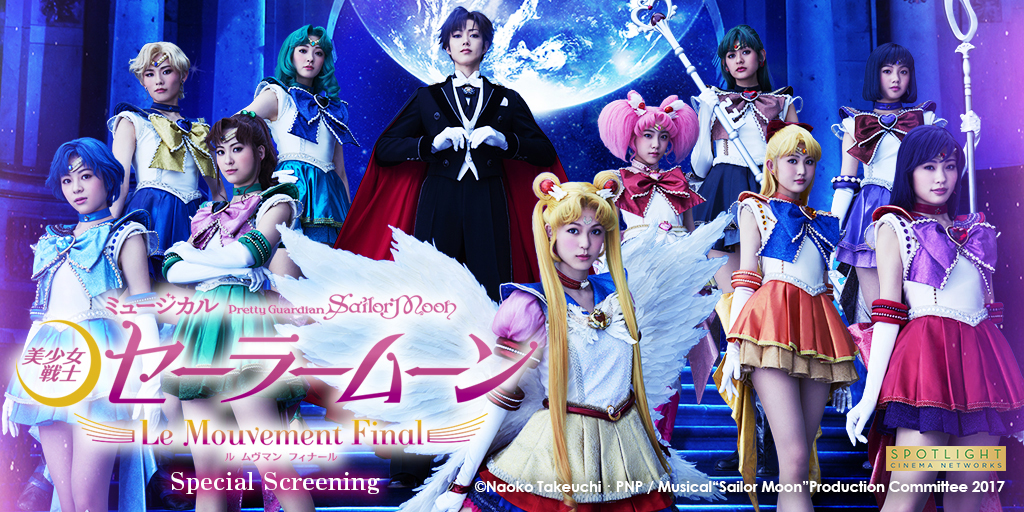 Sailor Moon Musical to Premiere in Canada and Australia!

Update March 20: It’s been announced that Pretty Guardian Sailor Moon: The Musical -Le Mouvement Final- will be premiering at the selected theatres in Canada on April 4, followed by the premiere in Australia on April 5.

The U.S. Premiere of the Sailor Moon Musical!

In Pretty Guardian Sailor Moon: The Musical-Le Mouvement Final, the filmed version of the Japanese musical, Usagi Tsukino says farewell to Mamoru Chiba as he is set to leave for school in America. As Usagi says goodbye, she faints, and a super idol group called the Three Lights appear to catch her fall. Meanwhile, new enemies—the “Shadow Galactica”—are calling themselves Sailor Guardians and are aiming to steal Sailor Crystals! A mysterious young girl named Chibi-Chibi and a new group of Sailor Guardians, called the Sailor Starlights, also appear, but are they friend or foe? Can Sailor Moon and the Sailor Guardians stop the Shadow Galactica before it’s too late?

Cosplay and singalong encouraged in theaters!