Superstar creator Mitsurou Kubo (original concept and character designs for Yuri!!! on ICE) has two new manga from Kodansha Comics and Vertical!—a dramatic, funny, time-traveling high school story about what it means to cheer on a friend and a romantic comedy about love, coming of age, and hope … at age 30! Scroll down, or click on the cover, to read Chapter 1 of Moteki for free! 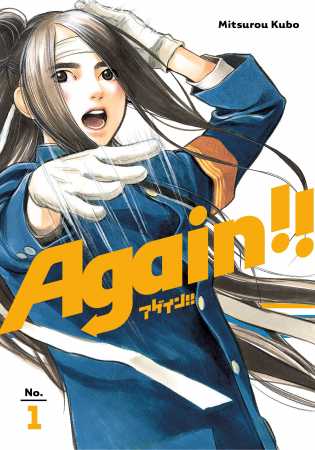 Kinichiro Imamura isn’t a bad guy, really, but on the first day of high school his narrow eyes and bleached blonde hair made him look so shifty that his classmates assumed the worst. Three years later, without any friends or fond memories, he isn’t exactly feeling bittersweet about graduation. But after an accidental fall down a flight of stairs, Kinichiro wakes up three years in the past … on the first day of high school! Has he really gone back in time, or is this just a crazy dream? An encounter with an awkwardly eccentric fellow student might give Kinichiro the chance to live a different version of his dull high school life—if he can just bring himself to seize the chance … 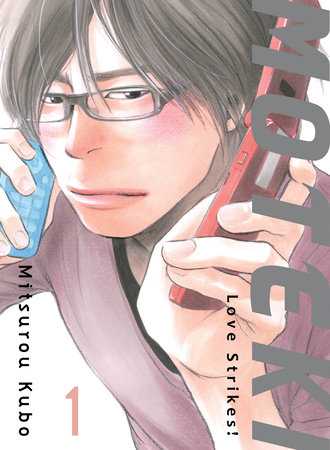 Yukiyo Fujimoto’s life has been in a rut. He is about to turn thirty and has never held a steady job or had a girlfriend. And at a time when the prospects for hope seem at their lowest, suddenly his phone blows up! Out of the blue he is contacted by several women from his past! Yukiyo may seem to have many options now, but is he ready for love? And are any of these women? The stage for love might be set, but the time might only be right for him to finally grow up!

About Mitsurou Kubo
Mitsurou Kubo is a manga artist born in Nagasaki prefecture. Her series 3.3.7 Byoshi!! (2001-2003), Tokkyu!! (2004-2008), and Again!! (2011-2014) were published in Weekly Shonen Magazine, and Moteki (2008-2010) was published in the seinen comics magazine Evening. After the publication of Again!! concluded, she met Sayo Yamamoto, director of the global smash-hit anime Yuri!!! on ICE. Working with Yamamoto, Kubo contributed the original concept, original character designs, and initial script for Yuri!!! on ICE. Again!! is her first manga to be published in English. 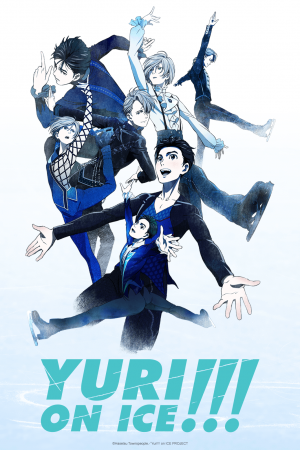 Watch Yuri!!! on ICE on Crunchyroll!