Skip to content
Home > News > Blog > Japan Crate x Attack on Titan: Get your snacks on for the new year!

Mission: Get your Attack on Titan-themed snack crate available from Japan Crate in January!

It ain’t easy being a foot soldier in the world of Attack on Titan. You’re constantly on reckless missions in the open field where man-eating giants roam, while worrying about losing your friends, or worse, that they turn against you! Under such extreme conditions, ya gotta eat!

Luckily, Japan Crate is here to deliver delicious and (sometimes) unexpected snacks straight from Japan! Like a field ration, a box full of goodies should come in handy when you’re in a tight spot against hunger during lookout duty … or while manga binge-reading. And don’t forget the favorite snacks of your favorite characters from Attack on Titan—they’re all included in the “Attack on January” Japan Crate. 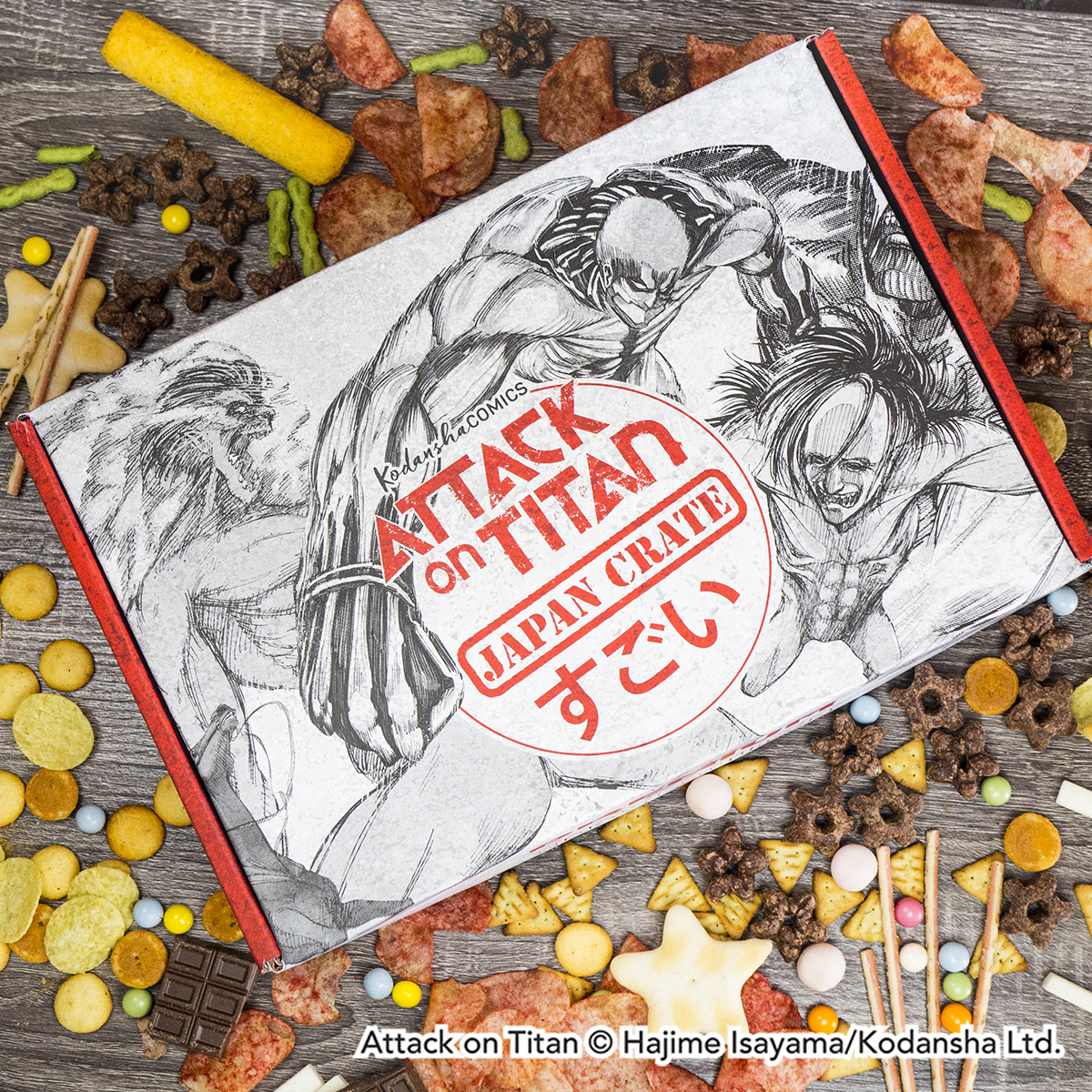 HURRY! Time is running out!
To get the Attack on Titan x Japan Crate, you have to subscribe to Japan Crate by December 31, 2017*! For more info on the subscription, check out their website. *While supplies last.

When you complete your mission…
When you get your Attack on Titan x Japan Crate in January 2018, post your loot (and happy face!) on social media to share your experience with your friends! Also, be sure to keep your eyes on Japan Crate's Twitter and Facebook  for special giveaways!