The holiday season is officially on, and we want to celebrate it with you! That's why starting this week, and for the whole month of December, Kodansha Comics will be introducing new digital-first titles every other Tuesday!

To keep up with the new title announcement, stay tuned our Twitter account (@KodanshaUSA), or check back on this page on 12/5, 12/19, and 12/26. We'll give you the first look of the new series, plus first dibs on the deals too! 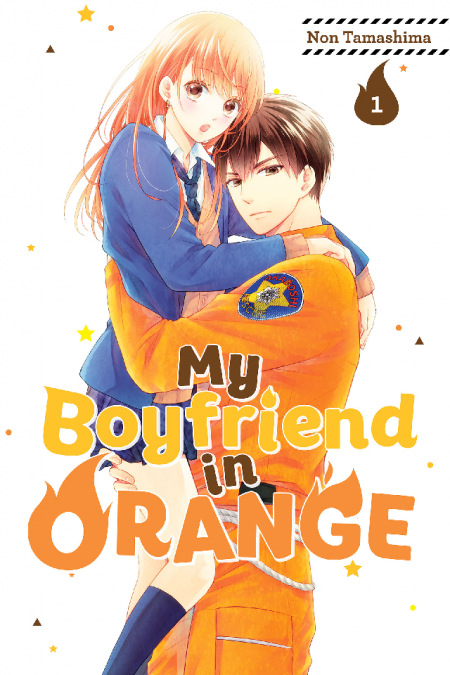 My Boyfriend in Orange by Non Tamashima

Hot firemen, now in the world of shojo manga! High school student Moe has moved to a new town after the death of her father. Moe’s already having enough trouble fitting into her new class as it is, so she’s totally mortified when she ends up being “rescued” by local firefighter Kyosuke during a fire drill … in front of all the kids at school. But the embarrassing incident might be a blessing in disguise, because gruff-but-kind Kyosuke gives Moe the courage she needs to leap out of her comfort zone as she aims to leave her loner days behind. Not to mention she’s soon falling head over heels for him … ! 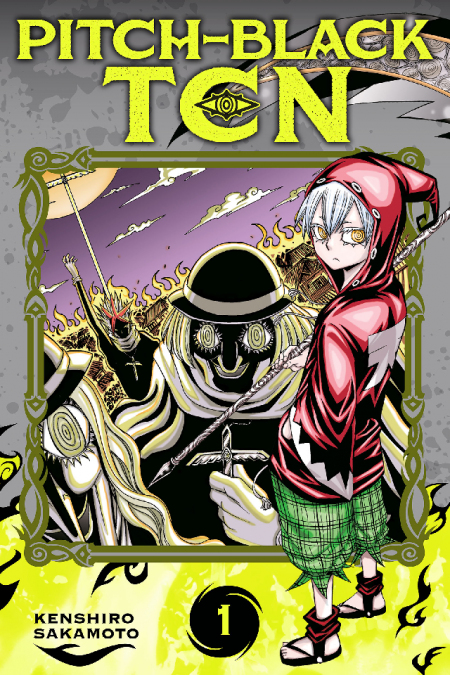 The peaceful Land of the Rising Sun is suddenly attacked by disciples of the Lunar Religion called Missionaries. They preach that people can find happiness only through death as they begin their unholy holocaust. Meanwhile, in a small village, a girl named Momo works as a school teacher when a mysterious boy shows up at her feet one day. He doesn’t remember his own name or anything about his family, so Momo names him “Ten” and invites him into her home to live with her. But what will happen when the shadow of the Missionaries falls on her once peaceful village? 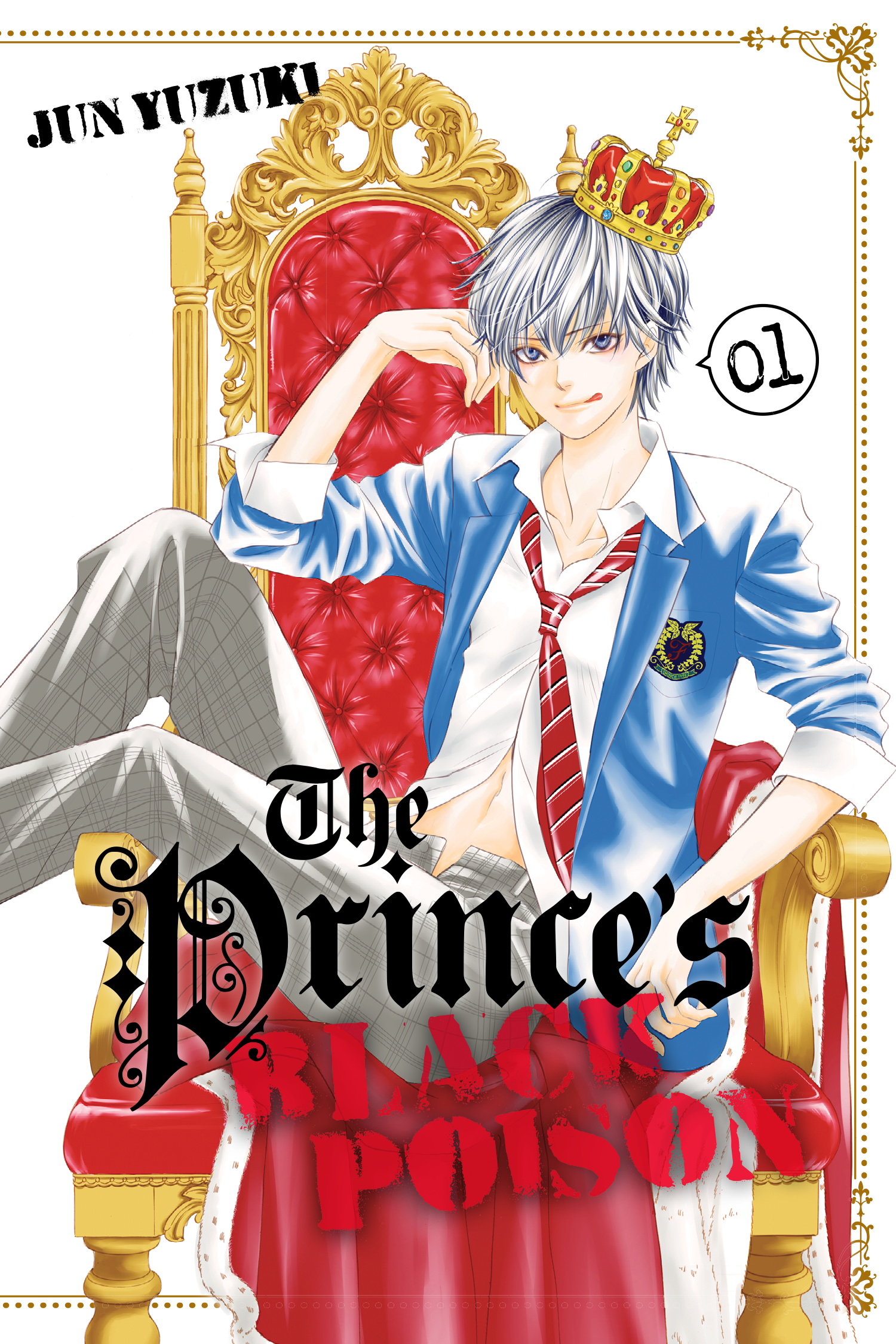 Rizu's childhood friend Souta-kun has always been super cute but also just a little helpless, so she's taken it upon herself to take care of him. Little does she know, that Souta-kun is only a facade! No scheme is too extravagant—Souta-kun will stop at nothing to keep her to himself. From the creator of Gakuen Prince and Rose & Wolf, Jun Yuzuki's newest work: a love story about a cute but cunning childhood friend! 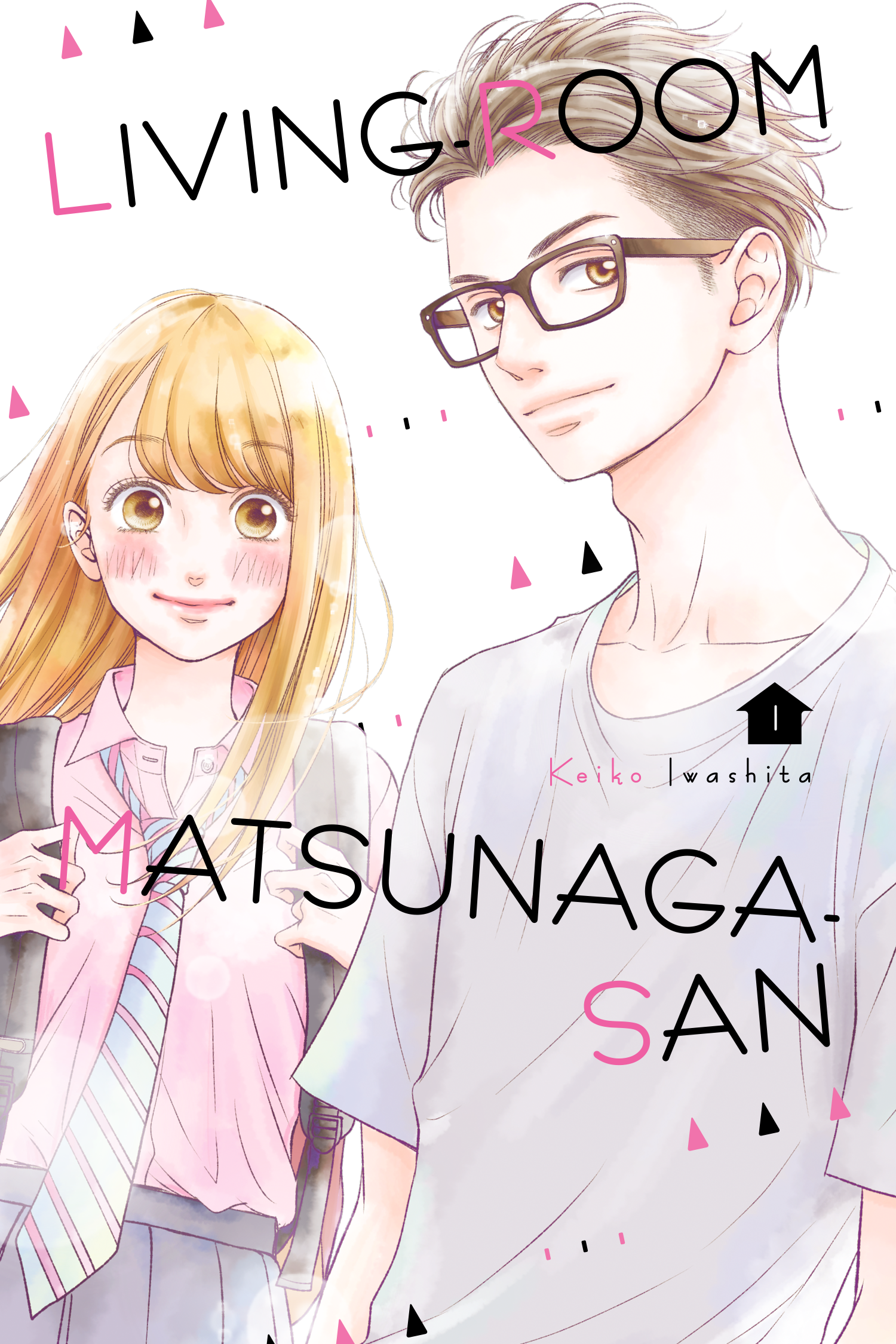 Forget the familiar: circumstances wrest high schooler Meeko from an ordinary family life to her uncle's boarding house, where she must learn to live with housework and … rather unusual adult housemates. What's more, the oldest of the bunch, Matsunaga-san, is a little scary … but also always looks out for her! Presenting the first volume of Keiko Iwashita's boarding-house love story! 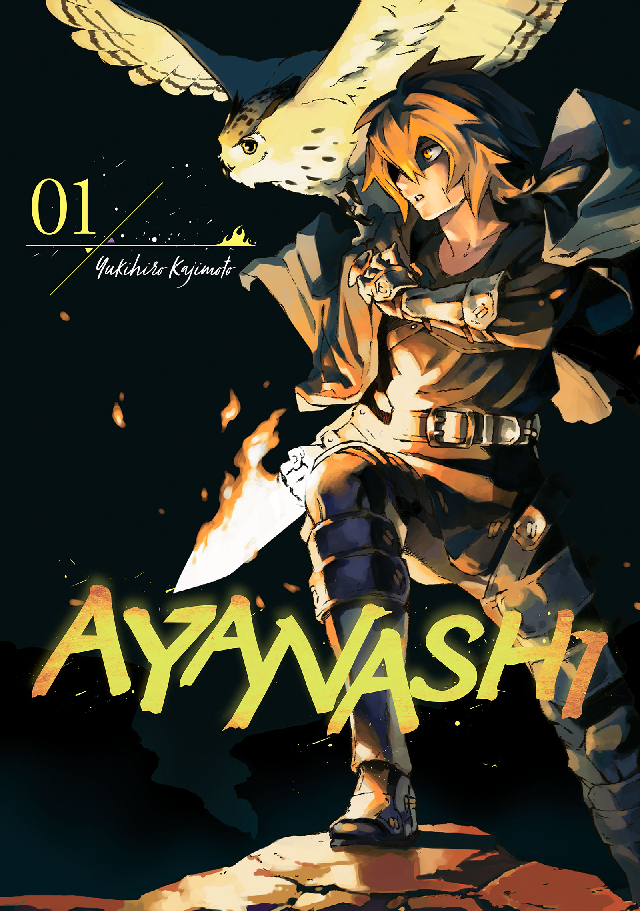 Humanity has been driven underground to live like moles, hiding from fearsome monsters which roam the surface. The monsters are impervious to every sort of weapon known to man. The only ones with the power to defeat them … are the Ayanashi.

One day, in one such underground city, a pair of siblings encounter a mysterious boy covered in wounds. The boy introduces himself as Holo, and in the following days slowly opens up to the pair … until a monster from the surface descends upon the city, laying waste to everything in its path. Holo stands to face the threat, brandishing a flaming short sword attached to his right arm. And so, the story of bringing light back to a world of everlasting darkness begins. 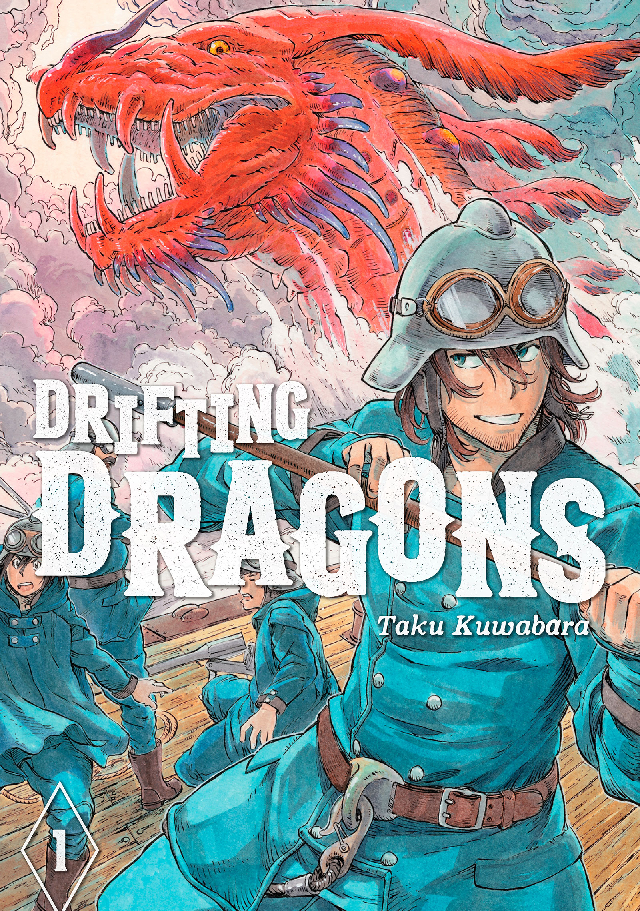 The draking vessel Quin Zaza soars through the skies, hunting dragons that hide in the clouds. A single big catch means full coffers and all the meat they can eat, while failure means an empty wallet and an even emptier stomach. Join us as we log the crew’s grand adventures, chasing dreams of the sky, dragons, and gourmet cooking! 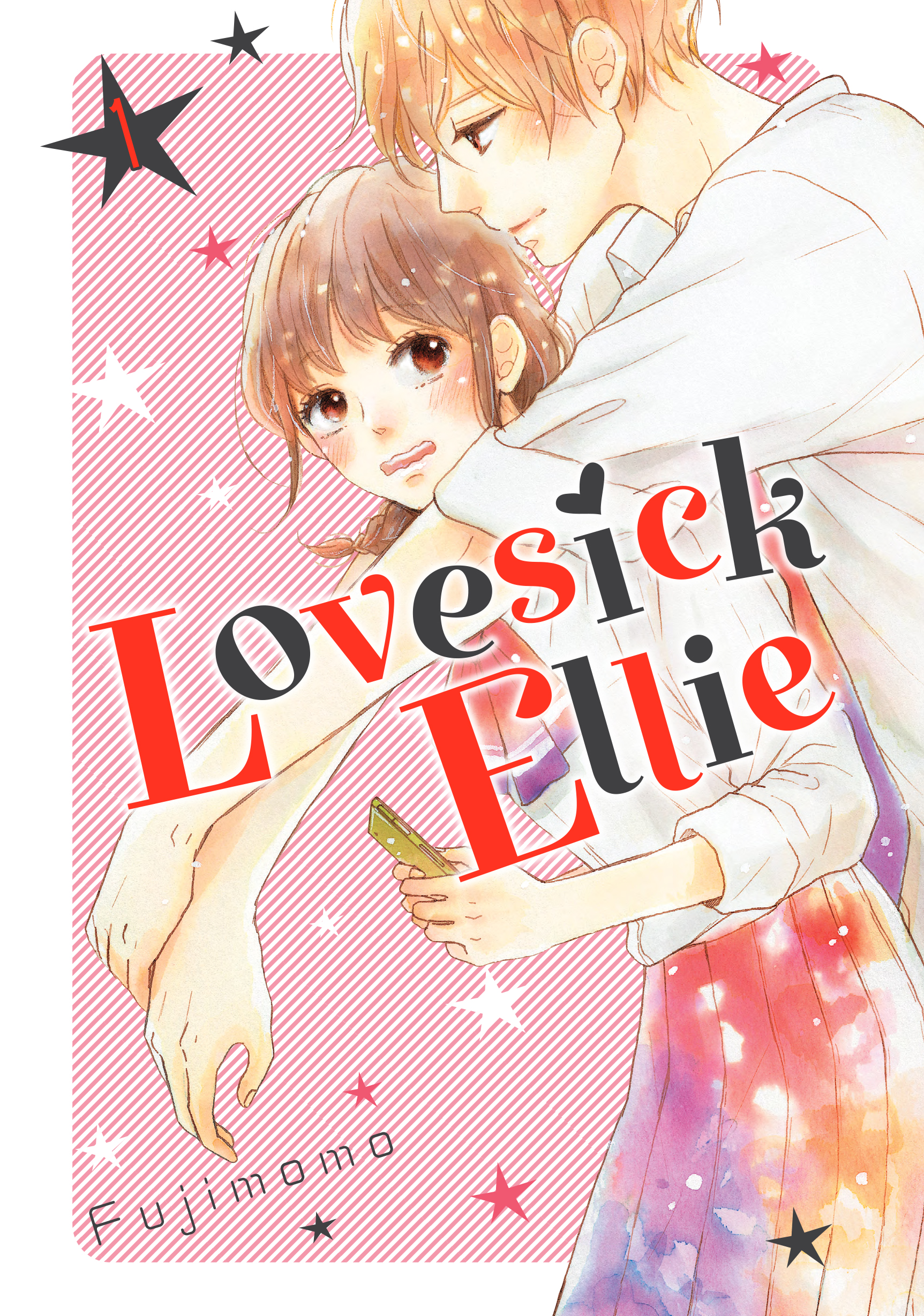 Eriko Ichimura spends her high school days in complete obscurity. Her sole hobby is staring at handsome, smooth-spoken Akira "Omi-kun" Ohmi, and tweeting her daily fantasies under the screen-name "Lovesick Ellie." One fateful day, she accidentally bears witness to Omi-kun's true self—and if that weren't enough, he sees her mortifying Twitter, too! Follow along with a plain, perverted girl, a two-faced boy, and their curious romance! 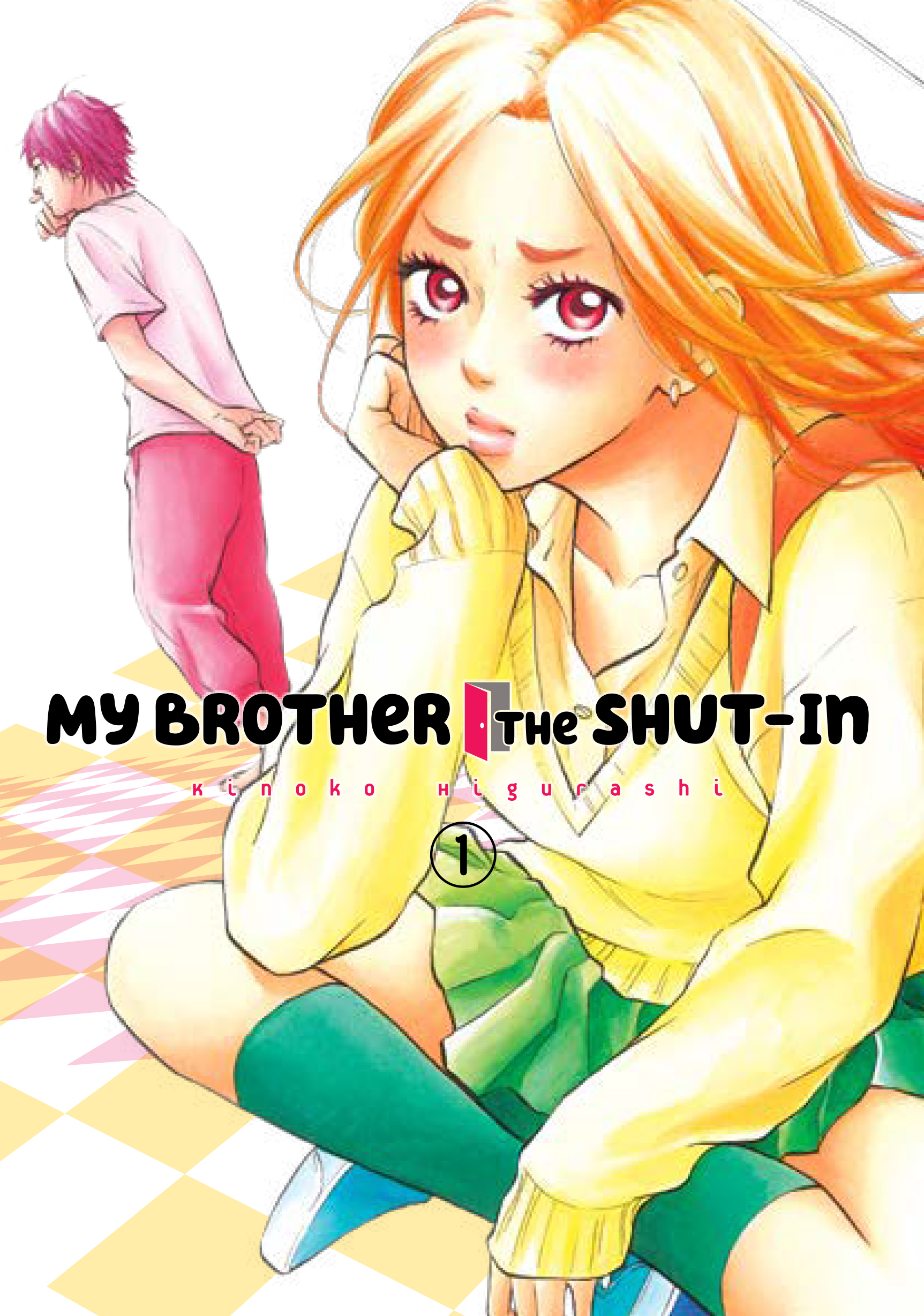 My Brother the Shut-In by Kinoko Higurashi

Every family has its share of problems, be they big or small. Shino Tadokoro has the perfect high school life, full of romance and friendship. Her biggest problem is her shut-in brother Tamotsu. She stubbornly keeps his existence a secret, telling even her closest friends that she is an only child. Completely oblivious to Shino's concerns, Tamotsu suddenly declares that he is giving up the shut-in lifestyle. Is there still time? The curtain rises on a tale of family reconstruction!