Long time no stream, KC Anime Clubbers! The fall anime season has kicked off in full swing, and this season offers a stellar line up of Kodansha Comics manga-turned-anime. To celebrate, this season’s KC Anime Club we’ll be live streaming not one, but three awesome titles!

This season’s Kodansha Comics Anime Club titles are Inuyashiki, Land of the Lustrous, and UQ HOLDER!. Check out our streaming schedule below, then read how the stories started with Chapter 1 previews of all the manga at the cover links. And don’t forget—we also want you to watch the anime with us! Be sure to join us on Twitter and follow our livetweets at 4 p.m. Eastern Time on Mondays, Tuesdays, and Fridays, or share your own reactions to the episodes using #KCAnimeClub. 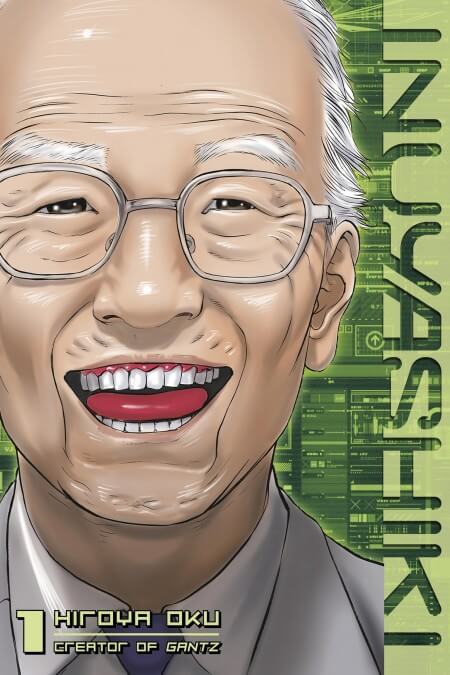 ANIME RECAP: Inuyashiki: Last Hero episodes 1-4 First of all, we have to mention how awesome the opening animation this show is. Elaborate pinball-machine CG animation sequence set to hype music by MAN WITH A MISSION? SOLD. An all-time classic anime opening.

One of the signature styles about this show is Hiroya Oku's writing and portrayal of very realistic "average-Joe" type of people, such as the main character, Ichiro Inuyashiki . In contrast, there's the portrayal of delinquents, as you've seen in Oku's previous work, GANTZ. What's even scarier about his latest work is the presence of the second main character, Hiro Shishigami. He appears to be (again) an average high school student, who enjoys reading manga for fun and takes care of his shut-in friend. But gradually we find out how he really has no humanity left in him and therefore what he is capable of.

Seeing all these things actualized in CG makes the series convincingly real. Hang tight to see what happens when the fighting and flying scenes happen. (Check out our Hiroya Oku's Interview about how he used a drone to draw the flying scene in Inuyashiki.)

The two main characters have only just met in the anime series. Catch up to see the buildup to the Inuyashiki vs. Shishigami's showdown! 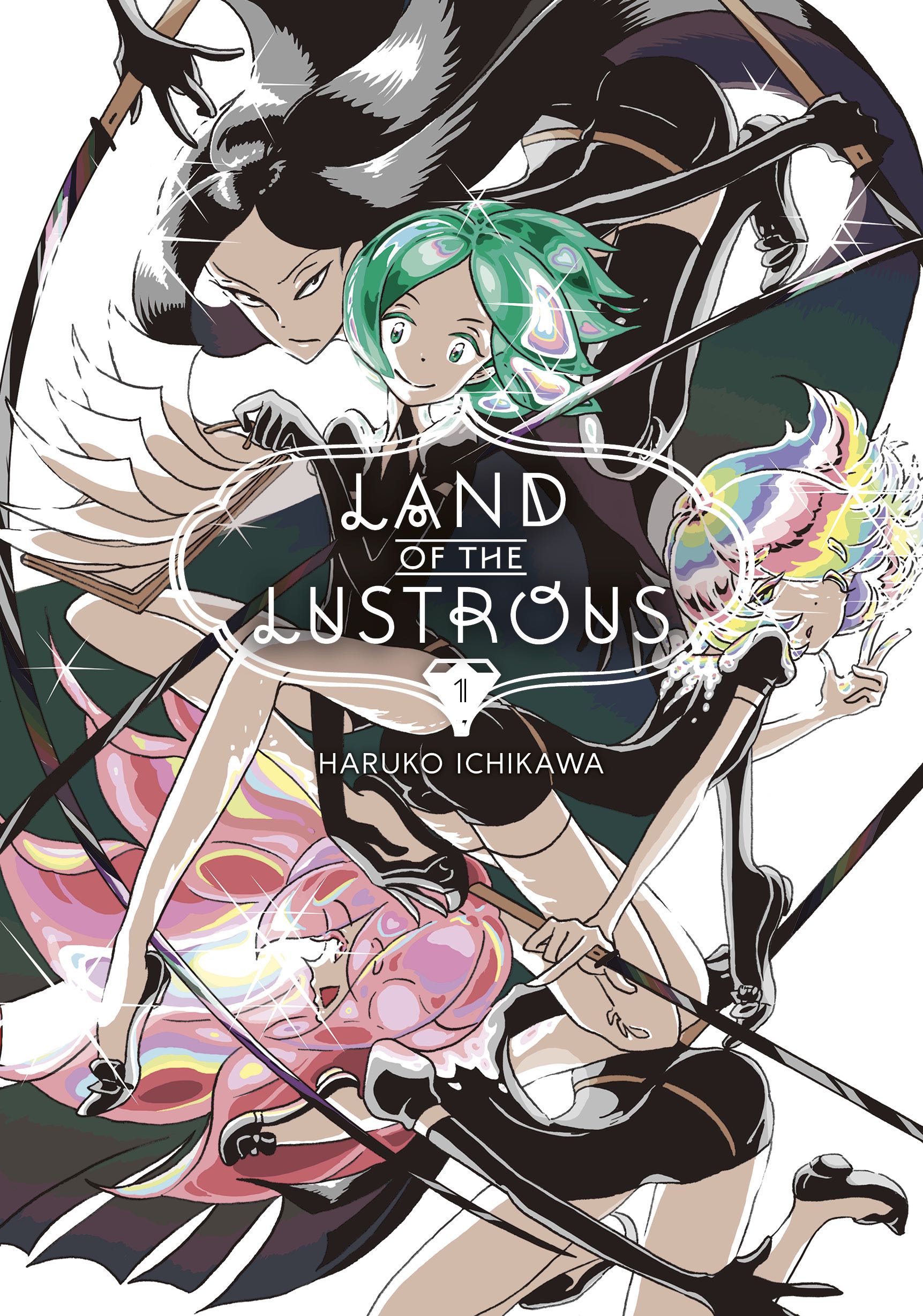 LAND OF THE LUSTROUS

ANIME RECAP: Land of the Lustrous episodes 1-5  In a world inhabited by crystalline lifeforms called The Lustrous, every unique gem must fight for their life against the threat of Lunarians, who long to capture the Lustrous and turn them into jewelry. Phosphophyllite, the most fragile and brittle of gems, longs to join the battle, but can barely stand their own against a strong gust of wind—let alone a Lunarian attack.

So when Phos is instead assigned to complete a natural history of their world, it sounds like a dull and pointless task. But this new job brings Phos into contact with Cinnabar, a poisonous gem forced to live in isolation and fight by themselves at night. Despite Cinnabar’s desire to remain alone, Phos vows to find a more suitable job for them—and to finally allow them to live among the rest of the Lustrous.

Through their research and their quest to help Cinnabar, Phos begins to learn more about not only the fellow members of the Lustrous, but the very Lunarians threatening to capture them. After a few dangerous encounters with the Lunarians, Phos shatters into pieces—and later, has their legs completely compromised. With their legs lost in the battle, along with some of their memories, Phos receives new legs made from some agate shards. With their new, more powerful legs, is Phos now ready to join the battle against the Lunarians, or will their new appendages bring them even more difficult challenges … ?

#KCAnimeClub for Land of the Lustrous meets Mondays at 4 p.m. EST! 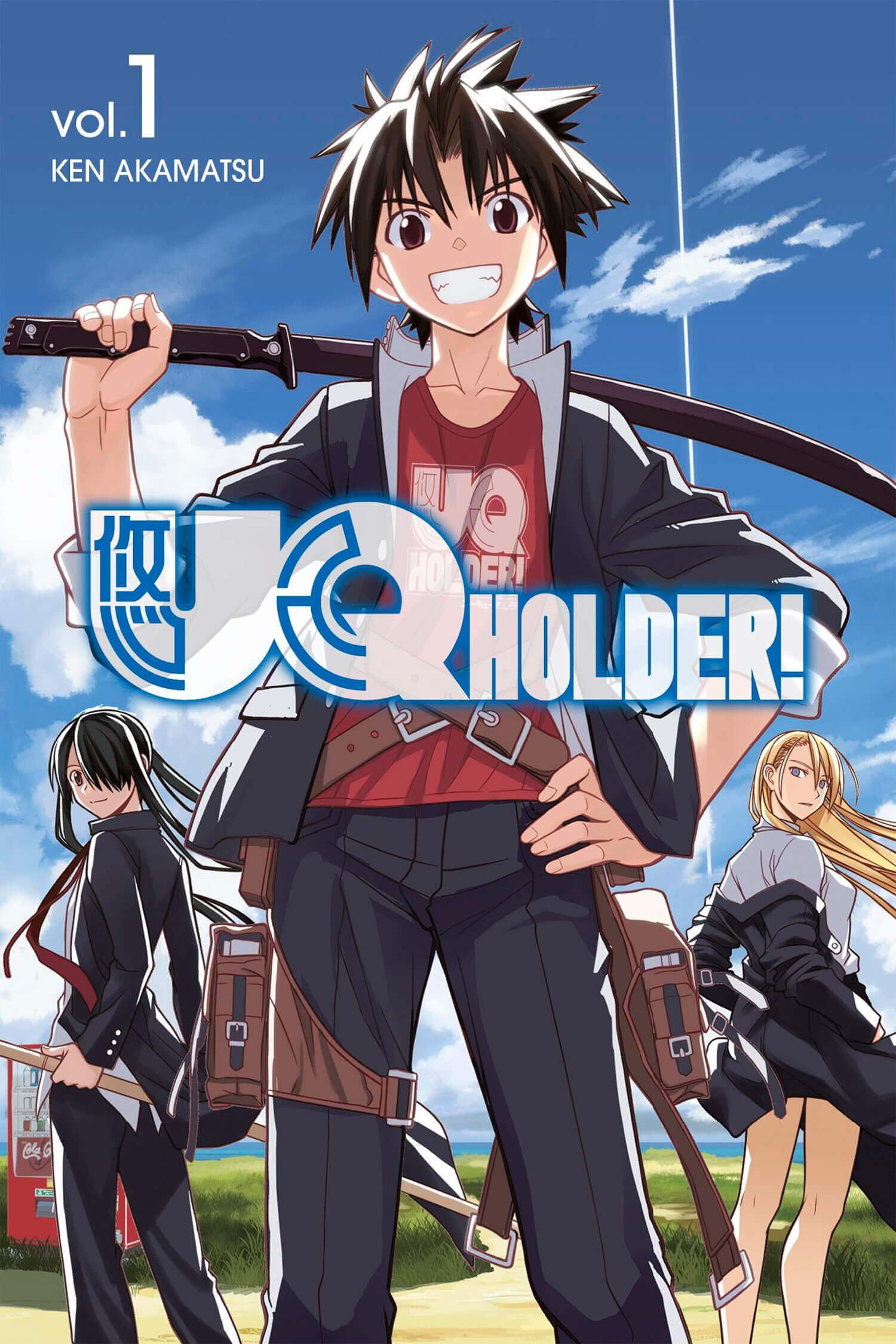 ANIME RECAP: episodes 1-5 Tōta Konoe dreams of going to the big city to make his mark on the world. But before he can set off on his journey, the village elder has given Tōta the task of defeating Yukihime, the master mage who raised him. But after an attack from a bounty hunter leaves Tōta mortally wounded, Yukihime reveals her true identity as an immortal vampire, and saves Tōta’s life by transforming him into one of her kind! Tōta then discovers that Yukihime is none other than the legendary vampire and magician Evangeline A.K. McDowell, and joins her covenant of immortal beings—the secret society known as "UQ HOLDER".

Through his travels with Yukihime, Tōta meets Kurōmaru, an immortal hunter, as well as other members of UQ HOLDER, such as Karin, one of Yukihime’s most devote followers.  But after being sent on a mission to protect some innocent townsfolk, Tōta, Kurōmaru, and Karin come under fierce attack by powerful enemies who specialize in hunting down and killing immortals. After taking a nasty blow, the odds seem to be against Tōta and Kurōmaru … until a mysterious, dark power suddenly awakens in Tōta …

UQ HOLDER! episodes 1 through 5 covers Volume 1 through 3 of the manga. See where the story all began in the UQ HOLDER! manga—Volumes 1 through 12 are available in print and digital now. 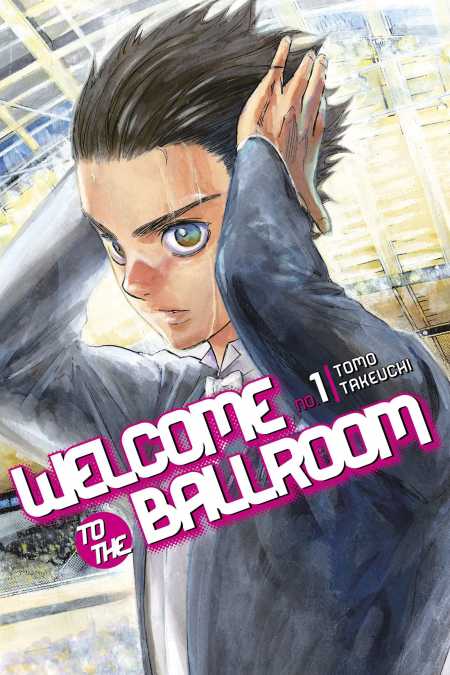 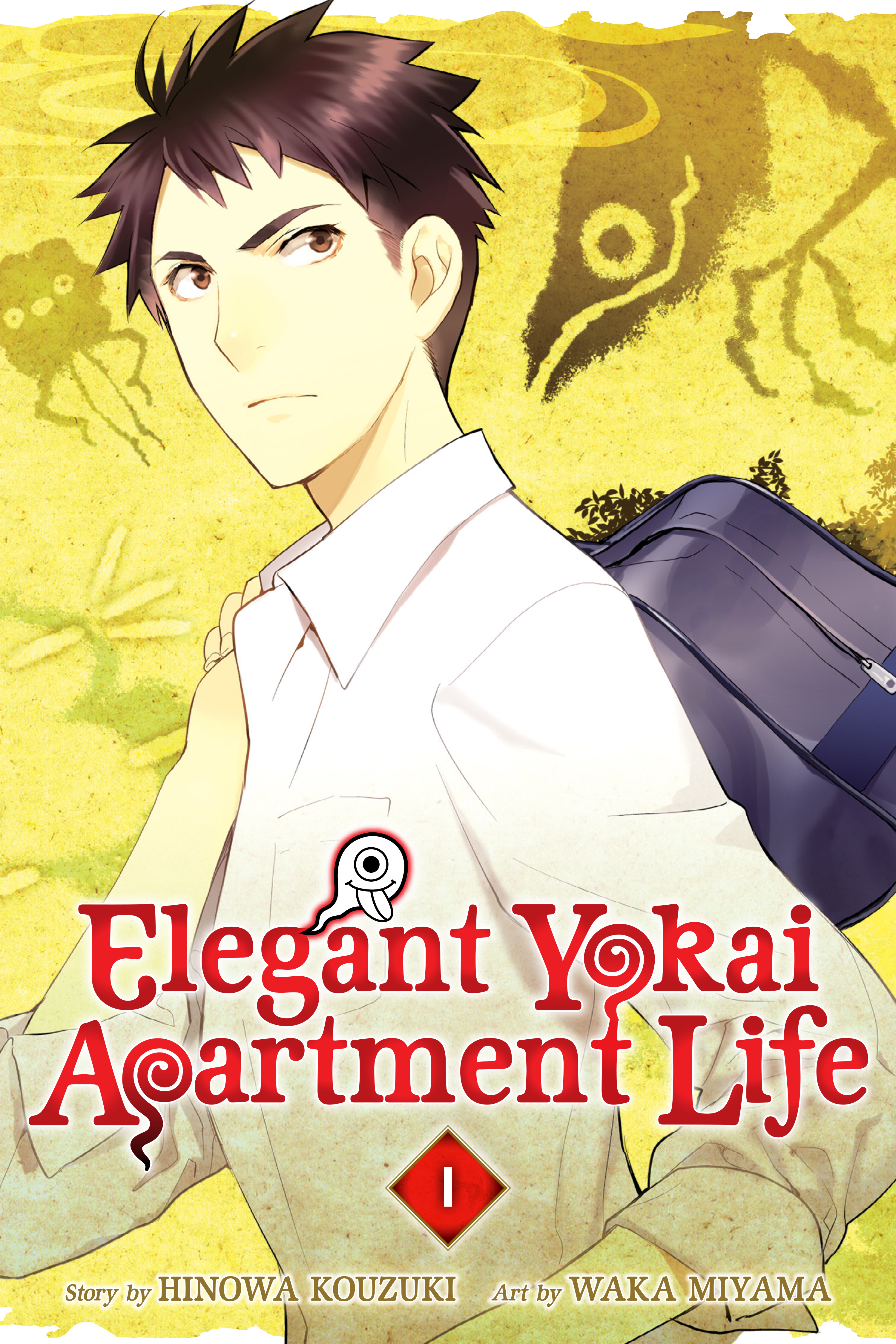 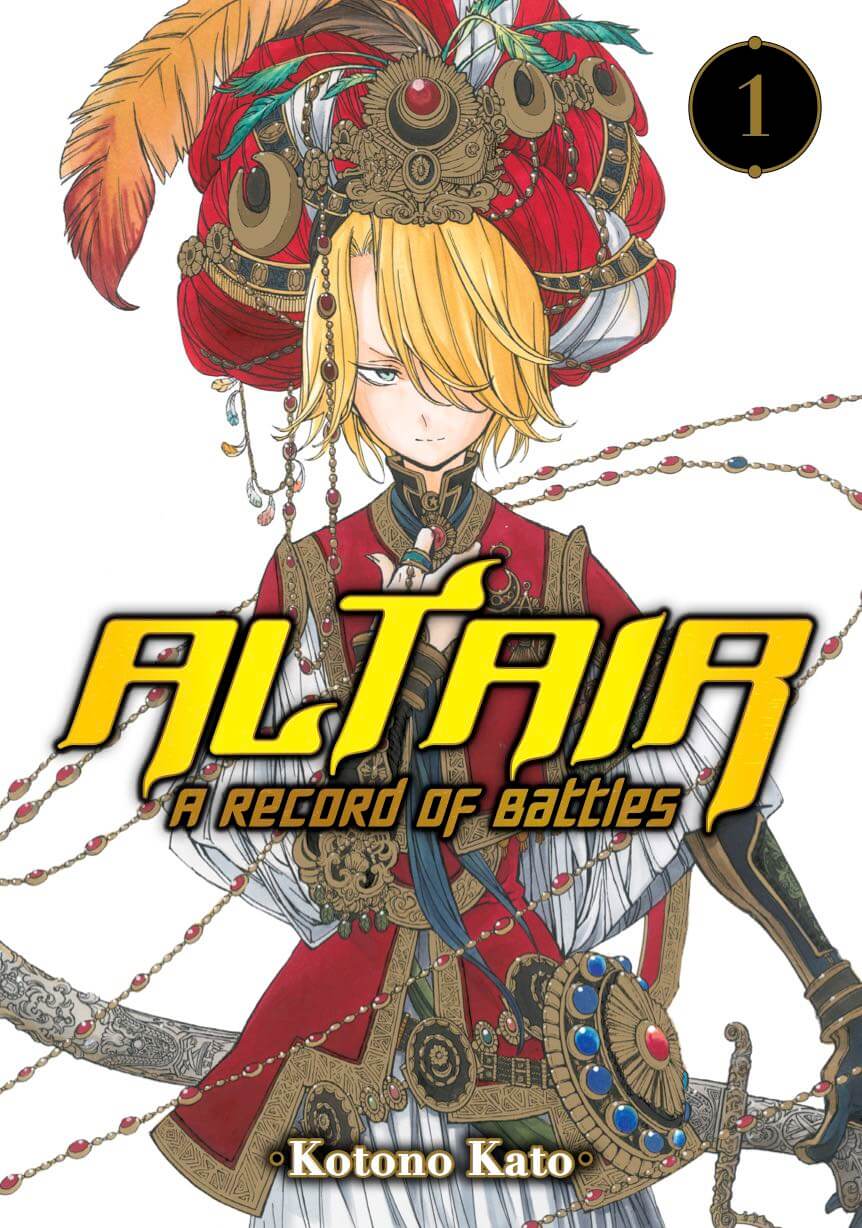