Just as ol' Lovecraft would have wanted, for our month-long Horror October Reveal celebration we here at Kodansha Comics fully intend to bring you that fear of the unknown—of unknown new digital manga licenses, that is!

All month long we will terrify you each Tuesday by revealing a new horror manga series available at all of our digital retail partners: BookWalker, comiXology, Crunchyroll, Google Play, iBooks, Kindle, Kobo, and nook!

Debuting on October 17, is Yae Utsumi's creepy horror-thriller about a group of teenagers who share an unspeakable truth: Until Your Bones Rot. 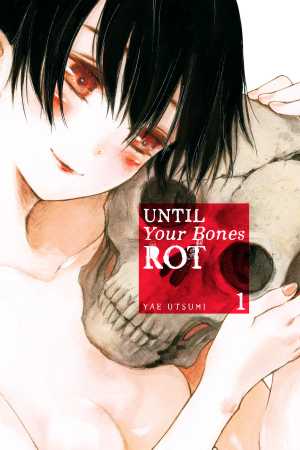 Summary The summer they were eleven, they killed a man and buried his body in a cave. Since then, every year, one summer night has marked a ritual: a ritual never to forget, and never to betray. Five years have passed. Their sixteenth summer. The body, now a skeleton. Unraveled lies. A faceless blackmailer. The phone rings, and a life is torn apart. The bones, like their crime: never rotting, never fading away. Now, a living hell begins. Read all of the chilling Chapter 1 right here:

Check back next Tuesday October 24 for another reveal, and of course the last reveal will take place October 31—Halloween!