It happens. Sometimes printed manga titles become no longer available: they go “out of print.” And as part of our massive digital-first lineup expansion, we’ve been bringing a lot of those titles back—as digital “rescues” so they can be discovered by new generations of manga fans.

Whether it was Tsutomu Nihei's cyberpunk trendsetter NOiSE or Tomoko Ninomiya's all-time classical-music tearjerker Nodame Cantabile or Kouji Seo's Fuuka predecessor Suzuka, we haven't just been resurrecting long out-of-print titles but in many cases finally completing those series so they could at last be read in their entirety in English. But there was always one series out there that we especially wanted to bring back … 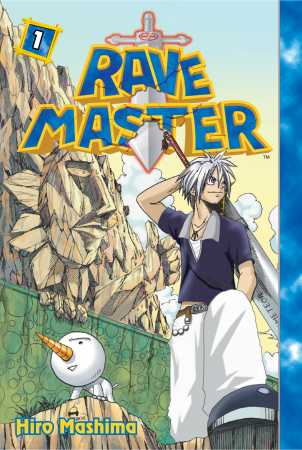 As part of our ongoing celebration of the conclusion to Fairy Tail and all things Hiro Mashima, on October 3 Kodansha Comics will be releasing in one fell swoop the entire 35-volume run of Mashima’s original fantasy-action breakout hit, Rave Master. Originally one of the bestselling titles published by Tokyopop, Rave Master has been out of print for almost a decade, but now all 35 volumes are back and available for preorder at all of our digital retail partners: BookWalker, comiXology, Crunchyroll, Google Play, iBooks, Kindle, Kobo, and nook.

So, for those of you crying over the end of Fairy Tail, there's a whole other world of Mashima waiting for you … back where it all started! And you can read the preview of Chapter 1 right here: