Skip to content
Home > News > Manga Sale > Fairy Tail x Humble Bundle: Get $600+ of digital manga by paying what you want until July 5

Today we here at Kodansha Comics are proud to present the Humble Manga Bundle: Fairy Tail in partnership with our good pals at Humble Bundle. We are offering $600+ worth of digital manga, including the first freakin' 45 volumes of the hit shonen manga by Hiro Mashima and all the spin-off series from the world of Fairy Tail!

Name your price. Together, the books in this bundle usually cost as much as $630. At Humble Bundle, though, you choose the price!

Support charity. Choose where the money goes—among Kodansha Comics and two preselected charities or if you'd like, a charity of your choice via the PayPal Giving Fund. For details on how this works, click here. If you like this bundle or like what Humble Bundle does, you can leave a Humble Tip too. 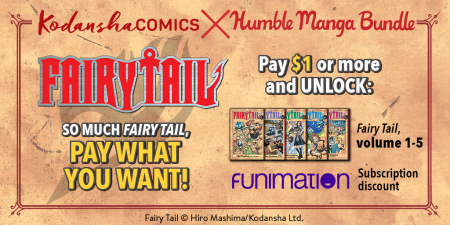 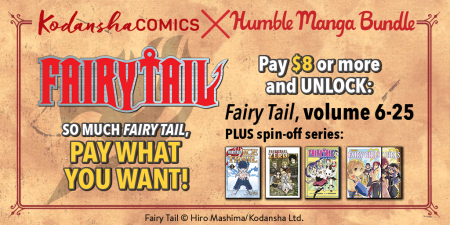 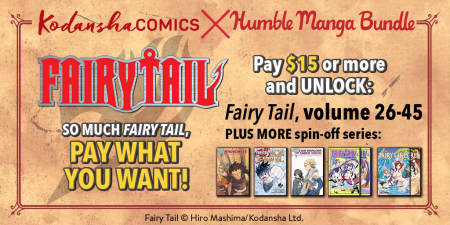 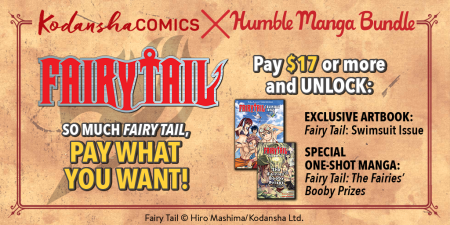 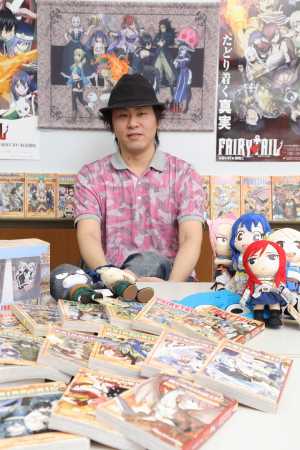 About Hiro Mashima
Born in 1977 and debuted as a manga-ka (manga artist) in 1998. His first long-running series, Rave Master, ran in Weekly Shonen Magazine from 1999 to 2005. He serialized his current series, Fairy Tail, in the same magazine since 2006. When Fairy Tail was adapted as an anime series in 2009, it became a global hit. Other renowned works includes Monster Hunter Orage, Monster Soul, and Mashima-en. 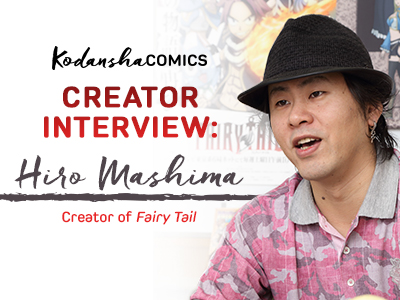