Shonen – action filled, fist-pumping adventures full of friendship, fighting, and fun – are almost the daily bread of manga. Even strangers to the otaku world probably have some familiarity with powerhouses like Dragonball. These series can go on…and on, which is amazing for fans, but can leave a huge hole when they do end! Do you have a friend mourning the end of Naruto or Bleach? Do you have a reader in your life who yearns to go on an epic journey? Look no further! 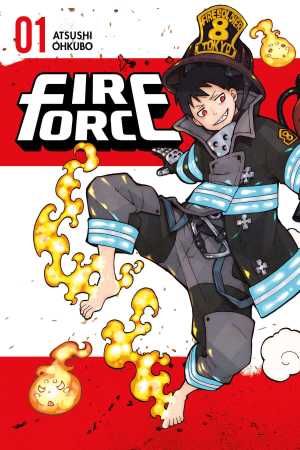 What’s it about: In an alternate Tokyo, the population lives in fear of a horrifying and seemingly arbitrary phenomenon: spontaneous combustion! When people become “infernals,” the hope of combating the outbreak are firefighters with supernatural gifts, including one rookie, Shinra, with a mysterious power.

Why is it good? If you know a fan of author Atsushi Ohkubo’s breakout hit, Souleater, then Fire Force is a no-brainer. It has the mix of charm, humor, and dark fantasy that made his prior work a new shonen classic. But beyond that, Fire Force is one of the most exciting new shonen titles on the market. Its steampunk-infused world is drawn in stunning detail, and there’s a lot to love, from the quirky dynamics of the firefighting team to learning the secrets of the (very creepy) infernals. 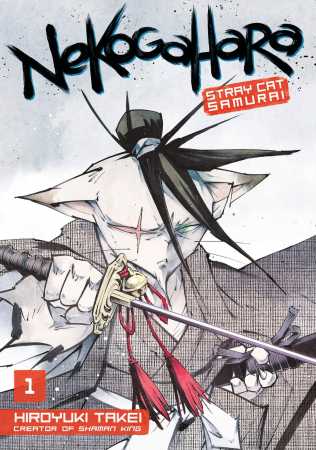 What’s it about: In medieval Japan, a bell hanging on the collar is a sign that a cat has a master. Norachiyo's bell hangs from his katana sheath, but he is nonetheless a stray – a ronin. This one-eyed cat samurai travels across a dishonest world, cutting through pretense and deception with his blade.

Why is it good? Nekogahara is a fresh take on the classic samurai action genre from Shaman King’s Hiroyuki Takei. Fans of Rurouni Kenshin and wandering warrior stories will feel right at home with Norachiyo…he just happens to be a cat! The feline world of the series adds flair and humor to the story, but it never takes away from the gritty action rendered in a beautiful, brushwork style (including some gorgeous color pages). Nekogahara is perfect for your favorite samurai lover. 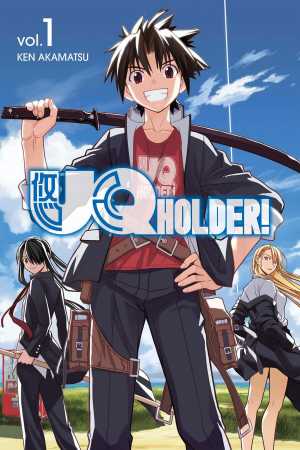 What’s it about: Tota Konoe, a normal teenager, is turned into an immortal vampire by his guardian after he is wounding saving her life. She introduces him to UQ Holder, a team of powerful immortals who aim to save the world from a dangerous power.

Why is it good? UQ Holder!, set in the same universe of Ken Akamatsu’s previous hit, Negima!, brings back many of the universe’s lovable characters, and cranks up the action! Akamatsu’s clean design and attention to detail is there, but UQ Holder! pulls out all the stops of a shonen battle manga. It’s a sure bet for fans of Akamatsu and supernatural action, and your lucky giftee will want to devour this series before the anime adaption hits! 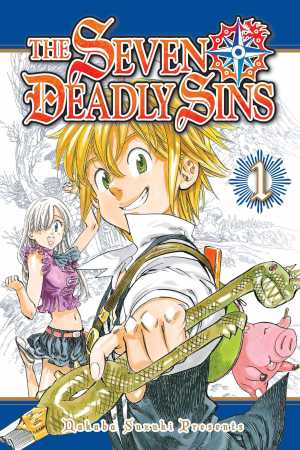 What’s it about: In the medieval world of Britannia, there is a legend about a group of powerful knights named the Seven Deadly Sins who were defeated years ago. Following rumors that they may be alive, the princess Elizabeth sets out to find these warriors and enlist their help in taking back her kingdom from the corrupt Holy Knights.

Why is it good? The Seven Deadly Sins is one of the best options for someone looking for a new, long-running adventure to sink into. The series puts a spin on Arthurian fantasy with its group of rowdy, smart talking knights who don’t act like your average hero. The camaraderie between protagonist Meliodas and his gang provides plenty of humor on top an epic story full of drama, betrayal, romance, and magic. 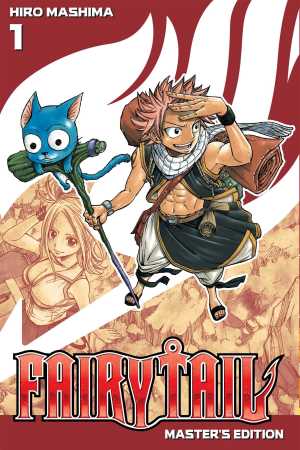 What’s it about: Teenage wizard Lucy wants to join the most famous (or infamous) guild in the Kingdom of Fiore: Fairy Tail. But this rambunctious and unconventional group may be more than she bargained for! Join Lucy, hot-headed fire wizard Natsu, stoic knight Erza, and a huge cast of eccentric characters as they deal with magical problems their own way.

Why is it good? Fairy Tail has held its place in the shonen pantheon for 10 years now, racking up almost 60 volumes, a hit anime, and plenty of spin-offs. It’s a wildly fun and satisfying series for any adventure and fantasy lover, but it can be intimidating to jump into such a big pool! That’s why we have a big book that makes the perfect starting point and gift: the Fairy Tail Master’s Edition contains five volumes in one large omnibus – at a small price.

Now that you have plenty of magical ideas to send your friends and family on new adventures, what do get for the reader who prefers a little more real-life drama? Next week, we’ll share titles about love, life, and coming-of-age that will satisfy anyone in need of some feels. You might want to give a tissue box alongside some of these! 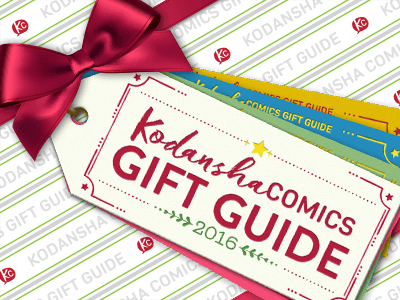 Next week will be the last installment of Kodansha Comics Gift Guide for this year!