Coming in Spring 2017!
Kodansha Comics is excited to announce the two new titles for the Spring 2017 catalog! 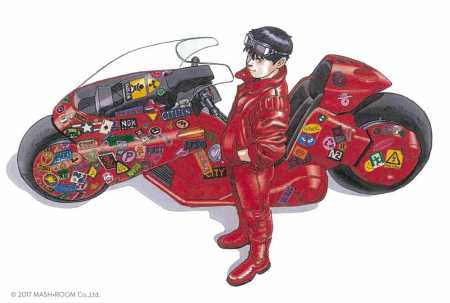 OTOMO: A Tribute to the Mind Behind Akira

OTOMO was originally published in France as a limited-edition book given at the prestigious Angoulême International Comics Festival, where Otomo was recipient of the Grand Prize in 2015. Now, this tribute is available to readers and collectors in Japanese, French, and English, with added contributors and contents for its wider release. OTOMO includes art from more than 80 world-renowned fine artists, illustrators, and comic legends. Contributors include Stan Sakai, Range Murata, Tomer and Asaf Hanuka, Sara Pichelli, Aleksi Briclot, and more.

The 168-page hardcover collection will be published in full color at a large size in March 2017, leading up to the 35th anniversary of Akira, one of Kodansha Comics’ first titles to be published in the US. 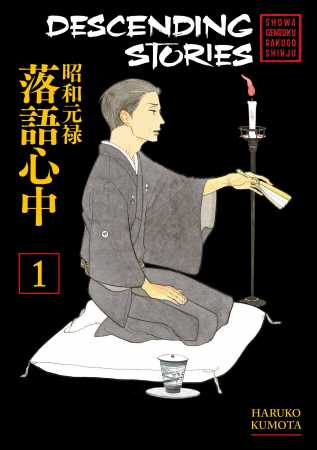 The multi-generational epic dives deep into this rich form of Japanese theater. Small-time crook Yotaro has never forgotten the rakugo tale "The God of Death," which the master Yurakutei Yakumo performed for Yotaro during his time in prison. After his release, he goes to Yakumo's theater and pleads to be made his apprentice. Yakumo reluctantly accepts, but Yotaro quickly finds the world of rakugo is complex and grapples with a growing bond with Yakumo's ward, Konatsu. Meanwhile, the two young people bring reminders of Yakumo’s own inescapable past.

Descending Stories received an anime adaption by Studio DEEN that streamed on Crunchyroll in winter 2016. It was a fan and critic favorite, and has been renewed for a second season airing in January 2017. The manga ran in Kodansha’s ITAN magazine from 2010-2016 and completed at 10 volumes in June. Localization of Descending Stories is supervised by the Rakugo Kyokai Association, the official guardian of the classic art form. The first volume is will debut in May 2017.