And be sure to catch Nihei-sensei's rare Stateside appearance at San Diego Comic Con 2016. Or if you can't make it to SDCC … stay tuned to this channel for a major announcement from manga's preeminent science-fiction master.

Here's a special video message from Nihei-sensei about his anticipation to visit SDCC2016. 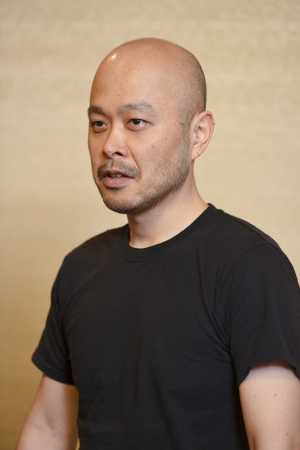 Born in 1971 in Japan's Fukushima Prefecture, Tsutomu Nihei has been drawing comics professionally since the mid 1990s. In 1995 he was awarded the Jiro Taniguchi Special Prize in that year's Afternoon Magazine Four Seasons Awards for his submission called Blame. After working as an assistant to veteran comic artist Tsutomu Takahashi, Nihei went on to launch his debut series Blame! in Afternoon Magazine in 1998. Following the success of Blame! he next penned BioMega (Viz Media) and Wolverine SNIKT (Marvel). In 2009 Nihei returned to Afternoonto launch his latest series, Knights of Sidonia. In 2015 he won the Kodansha Manga Award in the General Comics category for his work on Knights of Sidonia.