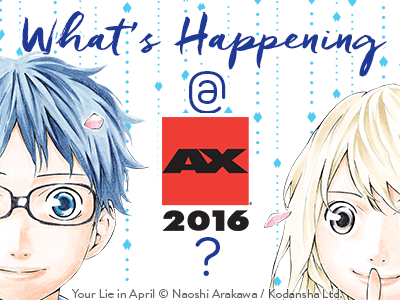 Going to Anime Expo this year? If you’re there, be sure to catch all things Kodansha Comics!

First of all, make sure to say hi to this year’s Anime Expo Guest of Honor: Naoshi Arakawa (Your Lie in April)! Here’s all Arakawa-sensei-related events going on at AX:

Your Lie in April Quest
July 1-4, during convention hours
full info at the Kodansha Comics HUB at Booth #3501 (part of Kinokuniya booth) 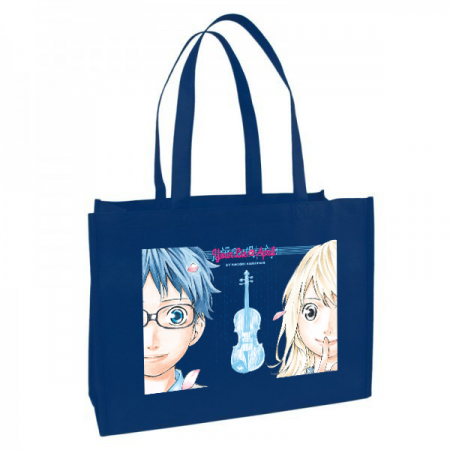 *while supplies last
**You can only compete on one day.

All autograph sessions are held at Kentia Hall.

Attack on Titan Anthology Panel
Friday, July 1
1-2 p.m.
Room LP3
Meet some of the creative minds behind this unprecedented collaboration between Attack on Titan creator Hajime Isayama and an all-star list of the best Western comics artists and writers! We’ll reveal never-before-seen art from the book and give away exclusive trading cards and other goodies.

Kodansha Comics Panel
Saturday, July 2
2:30-3:30 p.m.
Room LP4
The publisher of Attack on Titan, Sailor Moon, Fairy Tail, Noragami, and many more debut their new publishing plans for 2016 and beyond! Come speak with some of the editors, ask your questions, and get free books, posters, art cards, and more!