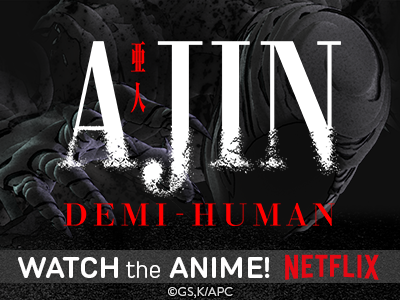 Announcement! Starting April 12, Ajin: Demi-Human the anime starts streaming on Netflix as a Netflix Original series. The anime is based on the dark science-fiction manga by Gamon Sakurai, published by Vertical (digital edition available from Kodansha Comics).

The animation production is by Polygon Pictures, the same people who brought you Knights of Sidonia, based on the manga by Tsutomu Nihei, also published by Vertical and Kodansha Comics.

The Ajin: Demi-Human anime is based on the dark science-fiction manga by Gamon Sakurai, with the latest chapters being serialized at comiXology and Crunchryoll. For a free preview, read all of Chapter 1 here: 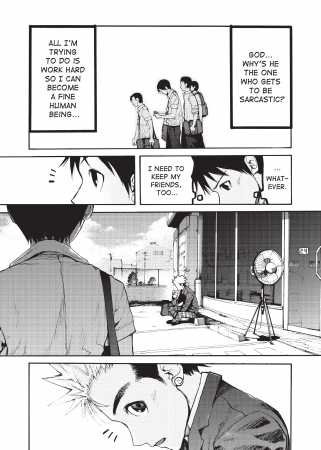 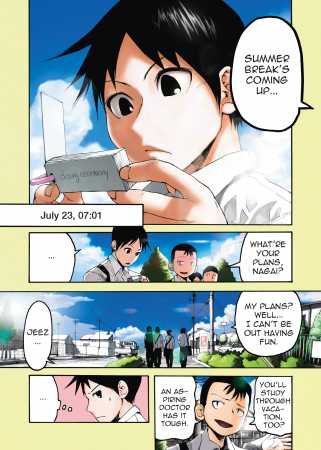 Say you get hit by a truck and die. You come back to life. Good or bad?

For high schooler Kei—and for at least forty-six others—immortality comes as the nastiest surprise ever.

Sadly for Kei, but refreshingly for the reader, such a feat doesn’t make him a superhero. In the eyes of both the general public and governments, he’s a rare specimen who needs to be hunted down and handed over to scientists to be experimented on for life—a demi-human who must die a thousand deaths for the benefit of humanity.

Smart, fast-paced, and wrenching, Ajin: Demi-Human is a thriller that just keeps on getting better and deeper.

"The art is detailed and captivating. There is a real tangibility to the way characters are drawn and the world around them. The action panels are beautiful to look at, and most importantly, it’s all very clear and easy to follow. Some of the panels are incredibly violent—many showing the dismemberment of some of the characters—but it never comes across as exploitative or gratuitous … If you’re in search of a supernatural thriller, there’s a good chance that Ajin will leave you satisfied and hungry for more.” —Joseph Jammer Medina

"When I learned that the manga was at least in part about immortals in addition to being fairly dark in tone, I knew that I wanted to read it … Sakurai’s illustrations are what really give Ajin its effectively dark atmosphere.” —Experiments in Manga