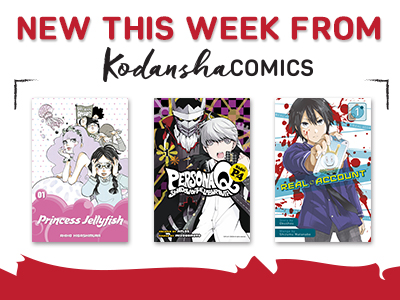 Big manga week! Let's take a look at what's new to both brick+mortar and digital bookshelves ... First up to bat is the debut of heavily anticipated fan favorite Princess Jellyfish, from acclaimed creator Akiko Higashimura. This long-awaited release will be published in deluxe, large-format 2-in-1 editions. With 400 pages in each [...] 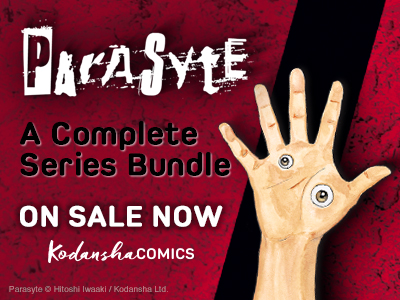 It's National Parasyte Day (not really)!

And now you can get the whole series (that's 8 digital volumes!) of Hitoshi Iwaaki's deranged surreal-horror alien-infestation masterpiece for a very reasonable price (43% off) from our good buds at comiXology!

Don't believe how good this series is? Take a bite (all of Chapter 1) here: 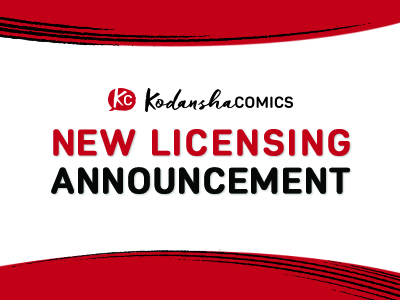 Hey, what new manga has Kodansha Comics got lined up for the Fall season?

Well, we've got a slew of new titles coming out. Here's the record of 12 new print titles that we announced hourly on March 22 and 24, going in reverse chronological order: 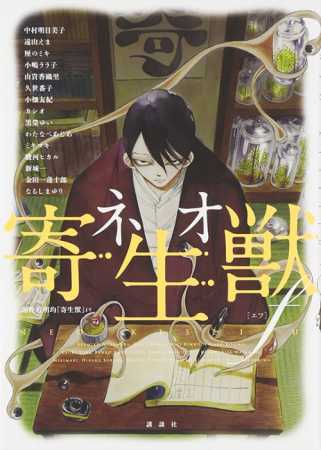 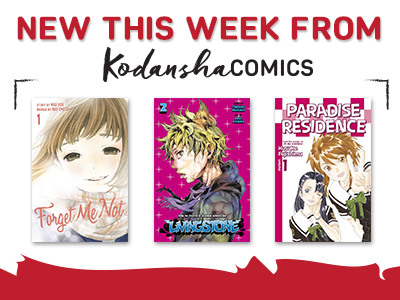 New manga this week—including a couple of brand-new series kick-offs! Let's take a look at what's new to both brick+mortar and digital bookshelves ... 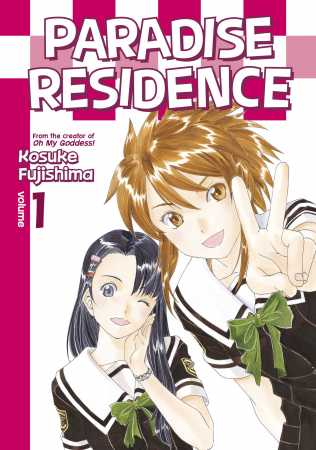 Paradise Residence is a new manga from the creator of Oh My Goddess! and You’re Under Arrest, Kosuke Fujishima. It follows Hatsune Takanashi—a clumsy schoolgirl who attends the Kitsuka Boarding School—and her trials l [...] 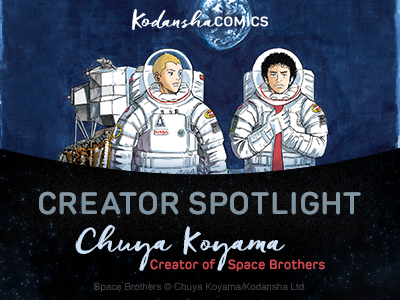 Manga doesn't only take place in worlds of fantasy. Instead, manga can take you to worlds that seem rather familiar to us, or worlds we know exist in real life but rarely get a chance to experience ourselves. Have you ever wanted to go to space one day? Or was that a dream you had and forgot long ago? Space Brothers will take you to outer space, and prove anything is possible in the world of manga.

How exactly does that work? We asked plenty of questions about it to Chuya Koyama, the creator of Space Brothers in our exclusive interview. 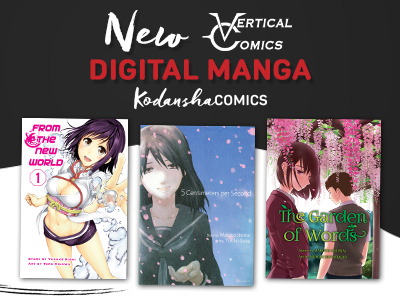 As announced in December, we're now working with the estimable gang at Vertical Comics to release new Digital Editions of their books, starting with Ajin: Demi-Human, Chi's Sweet Home, The Drops of God, The Flowers of Evil, Knights of Sidonia, and Witchcraft Works.

As a part of the Chuya Koyama Creator Spotlight, here's a rare video of Koyama-sensei drawing Mutta and Apo from Space Brothers.(from Kodansha Comics' YouTube series, These Hands Make Manga).

WIN THIS AUTOGRAPH!
But that's not all. You can actually win the autographed sketch Koyama-sensei draws in this video. All you have to do is take this quick survey.

Speaking of space, have you seen that movie The Martian (2015)?

When the movie was released in Japan, Chuya Koyama, the creator of Space Brothers, drew his own take of The Martian movie poster. It was displayed in theaters throughout Japan as a special collaboration.

And behold! Here’s the finished product of Koyama’s Space Brothers-version The Martian movie poster side-by-side the original The Martian poster. “ [...] 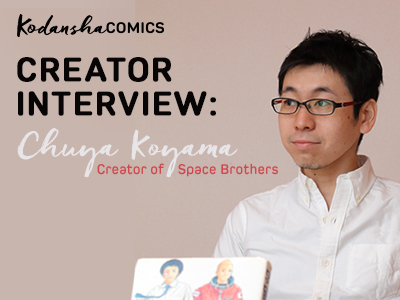 Once you get to know some mangaka (manga artists), it seems every one bears some resemblance to their own manga. Same for Chuya Koyama, the creator of Space Brothers. Not that he has a big afro or a spiky hair like his main characters, but they all share a familiar human power—a determination to penetrate the unknown. 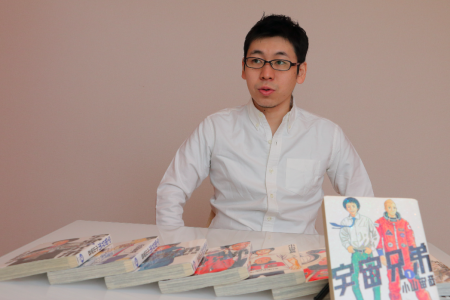